Johnny Manziel briefly made headlines when he entered the Canadian Football League earlier this year, but there hasn’t been much to report about a potential comeback since. While he was getting up to speed with the Hamilton Tiger-Cats’ playbook, Former Ole Miss quarterback Jeremiah Masoli, the team’s starter, began putting up one of the finer performances in the league’s history. Masoli has thrown for over three hundred yards in every single game and completed 66 percent of his passes. When the starter is performing like that, it’s awfully hard for a backup QB to see the field.

But we’ll likely learn if this is the fresh start that Manziel hoped for. This week, the Montreal Alouettes swung a trade for the former Texas A&M star, and the odds of him actually seeing the field have gone way up: the Alouettes are coached by Mike Sherman, the man who brought Manziel to College Station.

Sherman’s journey to Montreal has been winding. He was a successful NFL head coach, going 57-39 with the Green Bay Packers in the mid-aughts. But the coach he succeeded had an all-time great at quarterback at his disposal, and Sherman’s teams never competed for Super Bowls. He was fired after his first losing season, at the end of 2005. By 2007, he landed at A&M as the team’s head coach. He spent three seasons in College Station, from 2009 to 2011, but lost his job after a series of poor performances in his last season, even though he entered it with a top-ten ranked team. He followed his quarterback, Ryan Tannehill, to the Miami Dolphins, and spent three years there. Then, after struggling in the NFL, he took a curious step backwards in 2015 when he began coaching high school football in Cape Cod. After two less-than-distinguished years at Nauset Regional High School (his teams went 4-18), Sherman resigned. And then, last November, Sherman accepted the head coaching job for the Allouettes.

Although Sherman brought Manziel to A&M, the prized recruit spent the 2011 season—Sherman’s last—as a redshirt freshman. Manziel’s success at A&M came under Sherman’s successor, Kevin Sumlin. But Sherman seems excited at the prospect to finally coach games with Manziel taking snaps. “We didn’t bring him here to sit on the bench,” Sherman told reporters this week. And with the team currently sitting at 1-4 in the league, the question isn’t if Manziel will see the field, but how soon.

The Alouettes host the Edmonton Eskimos on Thursday, and depending on how much he’s absorbed of the team’s playbook—which probably contains similar concepts to ones that Manziel saw during his redshirt freshman year at A&M—Manziel could end up getting thrown into the fire early. Whether he starts, comes in for special packages, or takes the extra week to soak up the plays (Sherman joked that the Alouettes’ playbook is in French), it’s only a matter of time before Manziel gets some game action.

That’s good news for the quarterback and his last-chance attempt to rehabilitate his career. Manziel was always seen as a risky pro prospect. Even if fans adored him for it, at A&M he proudly flaunted his immaturity, gloating when he succeeded, making “pay me” gestures after playing well, and becoming a fixture on TMZ and other gossip sites for his hard-partying ways. The brazenness of Johnny F—ing Football worried some, and by the time he entered the NFL in 2014, the doubters were proven correct.

Manziel’s life after college was marked by poor decisions and on-field struggles. Most significantly, he was charged with domestic violence in February 2016 (that December, he reached a dismissal agreement with prosectors). He also did a stint in rehab, and his own father said that he feared for his son’s life.

The magic was gone on the field too. After being selected in the first round of the 2014 NFL draft, Manziel’s improvised playing style failed to translate to the NFL. He didn’t immediately see the field for the Cleveland Browns, but struggled when he did. In his first start as a rookie, he went 10-for-18 for 80 yards, threw two interceptions, and was sacked three times in a 30-0 loss. In six starts the following season, he performed marginally better, posting a 57 percent completion rate and throwing seven touchdowns in addition to seven interceptions. By the end of the season, after missing a team meeting, Manziel was released.

In February, Manziel began an apology tour that included a spot on Good Morning America in which he explained that he’s in recovery, being treated for mental illness, and growing as a person. Given how young Manziel is—he won’t turn 26 years old until December—it’d be nice to have the chance to root for him. He has yet to play another down as a professional quarterback, but the time is coming in Montreal, and it gives Manziel his best chance at success. He’ll be entering a situation where the previously high expectations are low, with a coach who believes in him, and no reason for the team to be anything other than patient as he gets used to being back on the field. 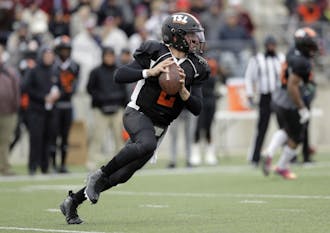 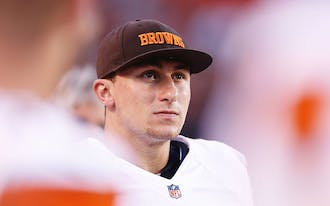 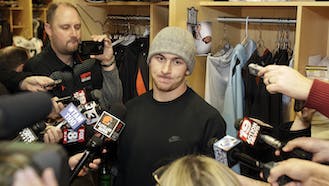