While Mike and the Moonpies’ sound reaches back to a simpler time—one when folks gathered at local honkytonks to dance, raise a glass, and celebrate music’s powerful ability to make everything better—they certainly aren’t your granddad’s country band. And the songs on their third and newest record, Steak Night at the Prairie Rose, are anything but simple. They are layered with stories of love, family, and loss—woven cleverly with chords that require more than just the bottom two strings on a bass guitar.

The album was recorded with producer Adam Odor at Yellow Dog Studios in Wimberley, Texas. The studio, a renovated house situated on a hill overlooking the Blanco River, is part of a complex that includes living quarters, so the band moved in during the recording process.  While a very creative setting, the view from the studio’s porch makes you wonder how any work gets done there at all. The result of their labor has gotten national attention from the likes of Rolling Stone magazine, which called the album a “boot-scooting rave-up that crisscrosses the country music map.” The album’s success is also keeping them busy on the road:  they anticipate two hundred shows this year supporting Steak Night at the Prairie Rose. On the album’s title track, lead singer Mike Harmeier tells the story of the restaurant he frequented with his dad: as a young kid, his father would take him to the Prairie Rose to see the bands play. He would raise a glass to the band and say, “Son, I’m gonna see you up there someday.” Harmeier did in fact make it up there to sit in with the band eventually, but the song weaves a dual story of triumph and heartbreak.

Before heading out on their European tour, Mike and the Moonpies stopped by Texas Monthly‘s Sound Check studio to share that story with us. 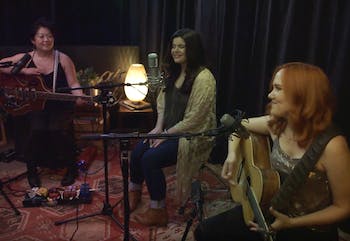 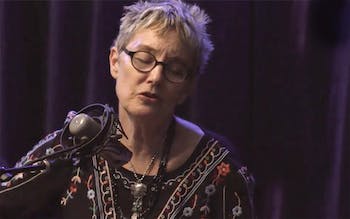 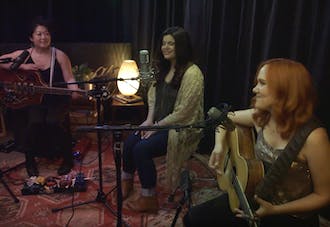 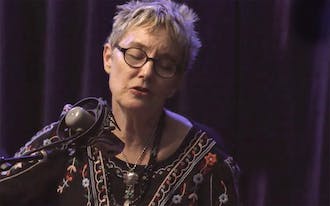 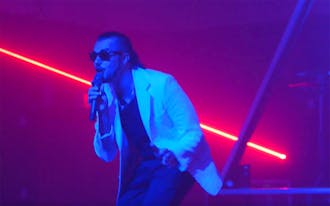