SXSW is full of conversations about the potential impacts of data and technology, from Ta-Nehisi Coates on the pitfalls of social media to the Oasis of Ready Player One. But at “Redefining Sanctuary Cities,” panelists focused on a different possibility for data: how to understand and stop the harm that biased technology, often developed by historically prejudiced police forces, has caused to immigrants and other marginalized communities.

“When you begin to connect immigration so directly with criminal justice, you should expect to have the impact disproportionately influence people of color today,” said Brion Oaks, chief equity officer for the City of Austin. In his role, which didn’t exist before he started in October 2017, Oaks works to provide leadership and guidance to promote racial equity in the city, often through policy. For him and other members of the panel, understanding and addressing racism is integral to figuring out how to protect the rights of immigrant communities, especially where technology is concerned.

That’s especially important when working under a presidential administration that Oaks sees as very open about its racism. Referring to Trump’s comments describing Haiti, El Salvador, and African countries as “sh*thole countries,” Oaks said, “Sometimes we say there’s code in racism, but that wasn’t even a code to me — it was pretty direct.”

As the panelists explained on Monday, under this administration, even reportedly innocuous—what Alvaro Bedoya, the executive director of the Center on Privacy & Technology at Georgetown Law, described as “innocent”— gathering of information and demographics by cities to better serve their populations can be used by Immigration and Customs Enforcement to target immigrant populations. That’s a symptom of what Vanita Gupta, the president and CEO of The Leadership Conference on Civil and Human Rights and former head of the U.S. Department of Justice’s Civil Rights Division, describes as “crimmigration,” a blending of criminal justice and immigration that’s taken place over the last decade. As Gupta sees it, the approach has resulted in police departments that function like “ICE on a local level,” resulting in immigrant communities that are reluctant to have any contact with police, even when they need to report crimes.

Gupta argued that when innovators use data from policing, it can be problematic. “These are technologies that are made by people with bias,” Gupta said. Innovators may not harbor conscious racial bias, but a historical racial bias in U.S. policing can provide subjective data. “If technologists and engineers are relying on crime data, for instance, that has been infused with bias and are building out technologies that replicate or use that data, we have to now understand that the implications of that data and the use of this technology falls most severely on immigrant communities of color,” she said.

Bedoya expressed concern about how rarely conversations about immigrant rights, racial justice, and surveillance intersect, when in practice the issues are “pretty darn overlapping.” As an example, he directed the audience to search for “Baltimore stingray map” to see how police departments disproportionately used cell phone tracking devices in areas with more people of color. “For me, the takeaway here is that there’s an awful lot of jurisdictions in the country that are trying to do the right thing by their immigrant communities, but also police departments are trying to do their job,” Bedoya said. To protect their immigrant communities, jurisdictions must communicate with their police departments to make sure they’re on the same page.

That could mean exploring options such as Community Control Over Police Surveillance, laws developed by the ACLU to give residents a bigger say in police department surveillance operations. Bedoya explained that such bills allow community members to have a voice in how their police departments spend taxpayer money for surveillance proposals, by weighing in, commenting, and in some cases approving the measures.

Oaks also suggested diversion programs, like one in Harris County that provides those charged with “possession of a misdemeanor amount of marijuana” with the option to attend a behavior class. These programs reexamine minor policies and ordinances to offer alternative punishments to jail time, reducing the number of people entering into the criminal justice system. “Being jailed and fingerprinted can start a chain reaction of events for some people, so there are chances to prevent that from happening on a local level,” Oaks said.

While there are many options for cities and counties to explore preserving the rights of their immigrant communities, Oaks stressed the importance of re-evaluating how cities collect, store, and share demographics data. “We really have to recalibrate some of these best practices that we have because as we move forward, more and more data sources may be utilized by ICE in that fashion,” Oaks said. “I think that’s something that as cities, we really have to learn and catch up [to]. It’s a game changer for us.” 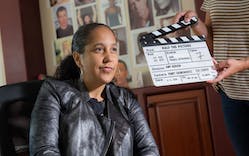 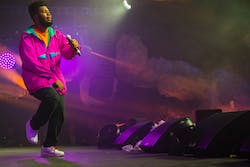 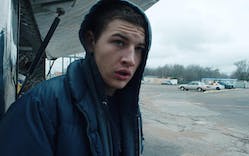 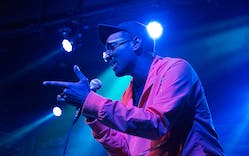