One night in fifties New Mexico, a small-town high school basketball game draws neighbors from roaring Fords and Chevys toward the gym’s warm light. A local celebrity donning black-rimmed glasses and a spiffy comb-over saunters through the gym: it’s Everett (Jake Horowitz), a radio deejay here to make sure the recording of tonight’s game goes on without a hitch. He’s joined by an excited student, Fay (Sierra McCormick), who’s just bought her first recorder but is too nervous to try it out. Everett gives her a tutorial on what makes great radio as the pair interview spectators in the parking lot.

Fay and Everett can’t stay with the rest of the town to watch the game, though. They have jobs to go to. Everett heads to the radio station, and Fay checks in for her shift as a switchboard operator. She turns on the radio behind her to hear Everett’s show and settles in for the late night. But soon, Texan director Andrew Patterson’s The Vast of Night evolves from an idyllic period piece into a sci-fi thriller laced with mystery and poignancy.

Since The Vast of Night premiered at this year’s Slamdance (the scrappy alternative to Sundance’s posh lineup), the film went on to win the festival’s audience award for best narrative film. The movie continued its festival trek with stops at the Toronto International Film Festival and the Overlook Film Festival in New Orleans, and recently had its Texas premiere at Austin’s Fantastic Fest. Patterson has already earned the attention of the industry, landing on Filmmaker magazine’s 25 New Faces of Independent Film and gaining the support from other directors including Steven Soderbergh.

Unlike other high school grads looking to go into movies, Patterson skipped film school and instead formed his own filmmaking company, GED Media in Oklahoma City, located a world away from the entertainment hubs of New York and Los Angeles. He learned his craft by shooting commercials and trying his hand at the occasional film project with friends until The Vast of Night came together.

With Whitney, Texas, doubling for the fictional town of Cayuga, New Mexico, Patterson had the chance to map out his shots for months before working with actors. Much like the allure a good basketball game might have in a small town, Whitney came together to see how the fictional movie played out. “The town was excited to have us,” Patterson told Filmmaker magazine. “They shut down streets, closed down roads. We kind of had run of the place.” The film’s Texas roots also extend towards some of the cast and crew, including actor Brianna Beasley, who’s still a student at Texas A&M University, and producer Melissa Kirkendall, as well as producer, actor, and production designer Adam Dietrich.

In the film, a mundane night in Cayuga is interrupted by an unusual sound coming through Fay’s switchboard and Everett’s radio show alike. The pair then embark on a one-night mission to solve the mysteries of these sounds—like Nancy Drew and one of the Hardy Boys piecing together clues—as most of the town watches the basketball game, completely unaware of the strange phenomena happening right outside. A chance encounter with a few strangers takes the film in an emotive direction, especially when Everett and Fay find unexpected answers from unexpected sources. The first is a black former soldier who shares a long, tragic tale of how the army would use black and Latino men for suspiciously vague assignments around UFOs, and the health effects they suffered for their service. The second is a single mom bearing a story of an alien abduction right out of Close Encounters of the Third Kind.

As the audio-heavy jobs of the two main characters suggest, this movie pays close attention to the soundscape of its story and its score from composers Erick Alexander and Jared Bulmer. In addition to movies, Patterson cited literature, plays, and podcasts as influences for his film, especially when it comes to the rhythmic timing of The Vast of Night. It sways between Everett and Fay’s snappy conversations, which sound almost like a fast-talking screwball comedy, to hypnotic moments when the two are listening to long stories. In these moments, the screen will fade to black so that the audience’s attention can also zero in on the drama stemming from the speaker’s words.

At first, The Vast of Night begins as a movie within a The Twilight Zone-like show called Paradox Theater. The movie playfully switches between the rich colors of Everett and Fay’s adventure with the black and white haze of an old TV series flickering from an unreliable antenna. Three purposefully long and absorbing shots, which take up a solid portion of the movie, register like a rebellious move against Hollywood’s tendency to cut faster and shorter to make it seem like something’s happening. The Vast of Night doesn’t need to rely on tons of quick cuts to feel exciting, though. It’s the story, how it’s told, and the characters that make it unforgettable.

Ahead of the film’s acclaimed screenings at Fantastic Fest this past week, The Vast of Night found a distributor in Amazon Studios, which plans to release the movie in 2020, and Patterson already has another film in the works. But if the creative energy he brought to this Texas-shot small-town caper is any indication, Patterson will have no shortage of local stories to continue telling on the screen. 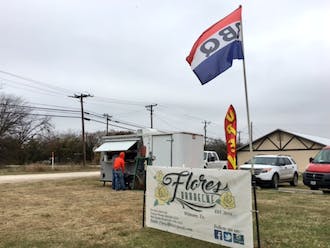 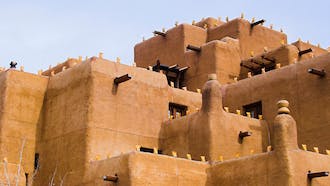 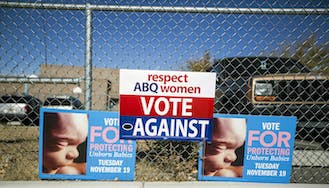