On Thursday morning, former USA Gymnastics president Steve Penny was indicted in Texas on a felony charge of tampering with evidence in the investigation of Dr. Larry Nassar. Penny, according to a grand jury, directed staffers at the Karolyi Ranch, near Huntsville, to remove documents from the infamous USA Gymnastics training center before the Texas Rangers and Walker County authorities arrived. According to the indictment, he directed that the documents be moved to the organization’s headquarters in Indianapolis—where they subsequently disappeared.

If convicted, Penny faces between two and ten years in prison. He’s the fifth person to face criminal charges related to the actions of Nassar, the national team doctor, who is serving 40 to 175 years in federal prison. William Stampel—the dean of Michigan State University’s College of Osteopathic Medicine, where Nassar was a faculty member—was charged with multiple felonies in March; Kathie Klages, the university’s gymnastics coach, was charged with a misdemeanor and felony for lying to a peace officer; and Debbie Van Horn, a trainer who worked with Nassar, was indicted in June on sexual assault charges of a child for “acting as a party” to Nassar’s actions at the Karolyi Ranch.

Since the world learned of Nassar’s crimes, most parts of the USA Gymnastics organization have been reassessed. Bela and Marta Karolyi, owners of the Karolyi Ranch, which was celebrated for the harshness of the techniques it used in training children to perform at a high level (in a 1991 Texas Monthly story, Bela Karolyi boasted, “I have made their lives miserable”), escaped criminal prosecution in the same investigation that led to Penny’s arrest. But the ranch was shut down, and the conditions that were once heralded for turning young athletes into champions were cast in a harsher light by some of the nation’s most prominent athletes.

The USA Gymnastics operation has been plagued by scandal, but the athletes themselves have not. The impact of that became clear earlier this week, when former Congresswoman Mary Bono resigned as the organization’s interim president four days after her appointment. The reason? Simone Biles, the four-time Olympic gold medalist from the Houston area, took a stand against Bono for her condemnation of Colin Kaepernick.

don’t worry, it’s not like we needed a smarter usa gymnastics president or any sponsors or anything https://t.co/cYQizcjywn

Taking a political stand—and doing so in defiance of the organization through which she competes—is essentially uncharted territory for an active gymnast, whose careers tend to be shockingly short (Biles, at 21, will be making an impressive comeback if she returns to compete at the 2020 games). But Biles is in a unique position. As Dvora Meyers, writing for Deadspin, noted earlier this week, Biles is taking advantage of a combination of factors that empower her to speak out in ways that few of her predecessors could: “She is not simply the best female gymnast in the sport at the moment—she’s among the greatest and most recognizable female athletes in the world, regardless of sport. Almost anything she does or says makes headlines. She knows this.” She also knows that, at this moment, USA Gymnastics is not an organization that public feels much trust in or sympathy toward. There will, certainly, be those who disagree with Biles’s defense of Nike and Kaepernick, but even the most ardent culture warrior would be hard pressed to argue that Biles—a gymnast who came through Karolyi Ranch, whose peers were treated and abused by Nassar—should keep her mouth shut when it comes to talking about what’s going on at USA Gymnastics.

What happens next for the organization remains to be seen. There is currently no one serving as president, and after this week, it’s clear that the decision regarding who will fill that role—on either a permanent or interim basis—will have to run through Biles and her fellow athletes, not just the board of directors in Indianapolis. Restoring trust in the organization will take time. And every time we learn more about the abuses of power, every time there’s a fresh indictment, every time we think back to the 332 young gymnasts whose hard work and dedication was betrayed by the adults they trusted to help them achieve their goals, that process starts over again. It has to. As we learned over the past two years, when we take for granted that it can be trusted, terrible things can happen. With Penny facing criminal charges in Texas, and Biles exercising the influence she has, it’s not naive to hope that the future of USA Gymnastics can be a safe and accountable one. We’ll just have to get there one step at a time. 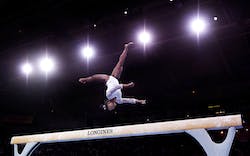 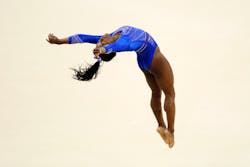 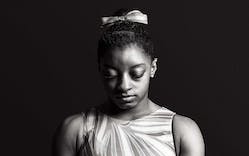