Texans work hard, or so our truck commercials tell us. If you believe Ford or Chevy or Toyota, most of us spend our days fastening chains around giant logs, lassoing them to our hitches, and slopping through muddy creeks while the likes of Denis Leary lecture us about aluminum alloy. But outside of these mini-documentaries, evidence of our state’s indomitable work ethic has mostly been anecdotal—until now.

This week, those analytical roughnecks at credit monitoring site WalletHub strapped some freshly cut statistics to a flatbed, cranked up the Bob Seger, and hauled out a new report proclaiming Texas to be America’s fourth-hardest-working state. The resultant surge of gratification was, hopefully, enough to power Texans through the lull of their allotted fifteen-minute lunchtimes, renewing our vigor to return to the grindstone until our noses are but bloody little nubs. After all, we’re not going to beat the Dakotas by lollygagging! There are dirty logs that need transportin’!

Determining the depths of our national commitment to labor used to be as simple as sending your dad around to ask, “Working hard—or hardly working?” But these days such methodology is far too narrow in scope and, frankly, a terrible strain on your dad. Instead, WalletHub considered metrics that directly and indirectly factor into the average American’s working week, some exponentially more depressing than others.

Each state was graded not only according to the average hours they put in, or its overall employment rate. The study also considered the average time spent commuting, the percentage of employees who don’t end up using their vacation hours, and the number of people who are forced to hold down multiple jobs in order to make ends meet. It also took into account each state’s “idle youth,” those residents ages 16-24 who neither work nor attend school and who, we assume, spend all of their time wandering shiftlessly outside of pool halls. (As the poet Arthur Rimbaud once wrote: “Idle youth, enslaved to everything / By being too sensitive I have wasted my life / I should have learned to code.”)

Give those underlying statistics much thought, and you’ll realize that what WalletHub has in actuality produced is a barometer of human misery. Texas ranks among the top in the nation when it comes to its citizens sitting on traffic-choked interstates, desperate to get to one of their two jobs, which they will then work without ever taking a break until the day they finally keel over. Their corpses are fairly useless after that, statistically speaking.

Of course, Texas isn’t the hardest-working. That honor belongs to North Dakota, where the employment rate is high, the number of idle youth is low, and, if the movie Fargo is any indication, any attempt to circumvent an honest day’s living through a complicated extortion scheme is met with swift and grisly retribution. Coming in a close second was Alaska, where the always-bustling oil and fishing industries have greatly contributed to the state having the nation’s lowest unemployment rate and the highest average hours in a workweek; meanwhile, every commute presumably involves some sort of Jack London-esque adventure pitting man against nature. Texas was only narrowly beat out for third place by South Dakota, presumably because it takes entire swaths of laborers just to clean the nostrils on Mount Rushmore. That’s just a guess. Look, we didn’t bother digging too deeply into this. We’re only the fourth-hardest-working, right? Go ask North Dakota, why don’t you.

Still, we Texans hate to lose—even if it’s coming in fourth on a study that, by its own admission, measures not so much our can-do spirit as it does the particularly American compulsion to work beyond expectation whether due to economic pressures, the fear of being laid off for lack of dedication, or the belief that taking any sort of break will lead to your employer’s inevitable collapse. We Texans take an inordinate amount of pride in our own suffering. Oh no, we have the worst heat, we will brag, wearing our triple-digit temperatures like a badge of honor, now rendered moist by our chest sweat. We eat only the spiciest, most indigestible foods, stuffing pork inside of burgers inside of queso-coated waffle cones inside our own cornbread-lined gullets, just so we may stand o’er the rooftops of the State Fair and sound the barbaric belch that says we are truly alive. We have the saddest, most clinically depressing country songs, the most broken roads, and the lonesomest doves.

To be told that we are a mere fourth in the nation when it comes to working ourselves to death is thus a sorely needed wakeup call to stop your goldbricking, cease reading articles about pseudo-scientific studies sponsored by personal finance websites, and hop to it. We don’t want a bunch of Nebraskans being more enervated and eroded by the relentless demands of capitalism than us, do we? They don’t even have any good truck commercials! 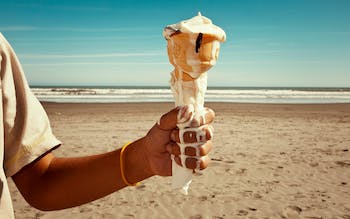 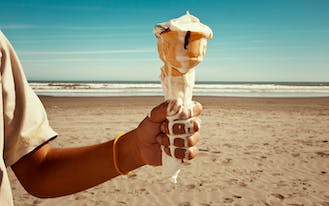