This participant is an intensive care nurse in San Antonio. She has worked in the same ICU unit for ten years. She worked as a bedside nurse for a few years before becoming one of two managers in the unit. She requested anonymity to protect her identity within her workplace.

When you work in an environment like an ICU, it’s hard to know when to speak up, because you’ve trained yourself not to let things that happen at work bother you. For a job like this, you have to have a lot of grit. Recently, for example, during a twelve-hour shift, we had a woman who bled to death from liver disease, and there was nothing we could do about it. We see that with young people and we see that with old people, we see people come in for a simple procedure and find out they’re riddled with cancer, we see people who have done everything right in their lives but they develop a rare disease and they die. I think a lot of nurses—ICU, emergency room, operating room nurses in particular—have to emotionally shut down to do their jobs. It’s like we learn to develop an aperture in our lens, of what you can let in and what you can’t. If you let yourself feel everything that happens there, you’re not gonna make it. And I think sometimes we let things pass that we shouldn’t.

We work long shifts, and we work nights. There’s a kind of familiarity that happens when you’re working shifts like that, and some of the boundaries of the workplace shift and dissolve. It’s not always a good thing. You’re with people for twelve hours, and at three in the morning you’re exhausted and the lines blur even further. In the ICU, you’re usually taking care of patients who are experiencing organ failure, and it can get scrappy. With that kind of familiarity, there’s a greater need for professionalism, but I think it happens less.

Three or four years after starting on the unit, there was a cardiologist who was super flirtatious. He was very cocky, very self-assured, probably five to ten years younger than I am. He would always walk into the unit with a sense of bravado. One day, I was standing at the nurse’s station, and he came up to me and stood to my left. He took his right leg and wrapped it completely around my waist. It was so overt, so outlandish, so inappropriate; there was nothing subtle about it. There was a whole group of people standing there, and he looked over at me and said—he said this to shame me—“What’s wrong with you? Are you embarrassed? You’re turning red.”

When people perpetuate that kind of behavior, they offload it onto the other person. They’re not only acting in that way, but they’re also making it your fault for having a reaction. What bothers me the most about that story is that when I tell it now, five or six years later, I change it. Now, I say that I said back to him, “Yeah. I’m a little embarrassed for you.” But I didn’t say that. That would have been a great comeback, but in the moment, I was just taken aback.

That kind of behavior is so accepted and expected that in the moment, we all just rolled our eyes and went back to what we were doing. Even as a 43-year-old woman, it didn’t occur to me to go somewhere with this. That bothers me: I’m a pretty progressive, forward-thinking feminist, and in that environment, I just thought, “Oh, it’s a doctor-and-nurse thing.”

There’s such a power differential between doctors and nurses, not just in terms of salary but in terms of who the hospital values. So for a nurse to stand up to a doctor, there has to be a payoff, and sometimes it’s just not worth it.

Anytime one person has more power than another, the person with less power is going to tolerate the other’s behavior, because they have something that you don’t. That’s not only true in the medical field. It’s about what has been acceptable for a long, long time—for men to terrorize women—but using a different tool. This behavior won’t stop until men stand up and say it’s unacceptable. It’s not that women can’t do anything, but the primary power dynamic there is with men. 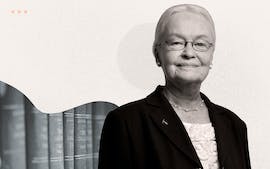 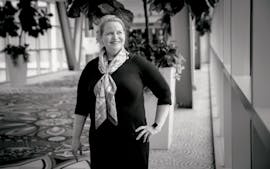