“We have kicked this around. We have made jokes about chickens and we are ready to vote for this tonight.”

—Irving City Councilman Phil Riddle, according to the Dallas Morning News. On Thursday, the council voted in favor of an ordinance regulating the number of chickens residents can own. 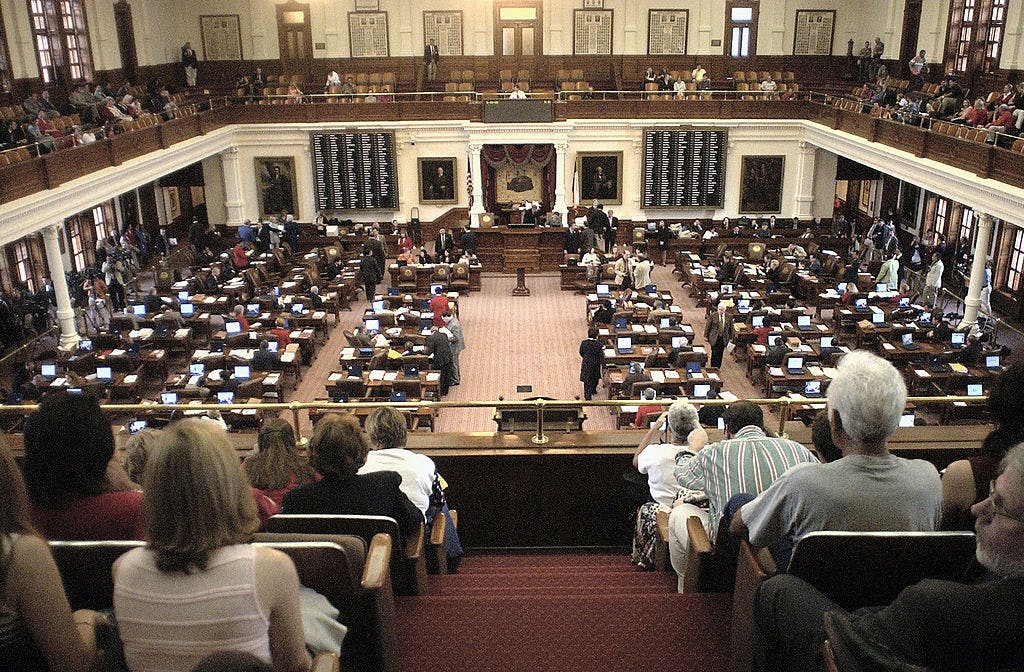 Personal Record
It took the Texas House about sixteen hours to pass this legislative session’s budget. That, believe it or not, is actually a lot less time than the process was expected to take, considering the debate began with 400 amendments to discuss. The $106.8 billion budget passed by a vote of 129-18, cementing the amount of spending money the House has for the next two years, according to the Austin American-Statesman. As with anytime the entire Texas House gets together for a mini-sleepover, tempers occasionally flared. The House voted to strip $43 million from Governor Greg Abbott’s controversial Texas Enterprise Fund, which the state uses to draw businesses from out-of-state, and instead divided that money equally into funding for Child Protective Services and foster care, and a program that covers therapy services for disabled children. It was a swift vote that took place with little debate, and that really pissed off some conservative members of the House—namely Representative Jonathan Stickland, of Bedford, who called the vote “one of the most offensive things and disgusting things that I have ever seen in this body,” according to the Texas Tribune. Stickland had quite a night. On one occasion, he railed against a state program aimed at curtailing the feral hog population, calling it a waste of money that “will never work.” Offended by the outburst, rural lawmaker Representative Drew Springer, of Muenster, cheekily filed his own amendment to the proposal to cut funding from the Texas Department of Transportation—but only for roads and highways in Stickland’s hometown. “Someone else has chosen to make a mockery of this system and play gotcha politics,” Stickland said, interrupted by a bout of laughter in the House chamber, according to the Tribune. “It’s funny until it happens to you.” Stickland and Springer then had to be separated after confronting each other on the House floor. So too did Republican Representatives Briscoe Cain and John Zerwas, who clashed over Cain’s proposed amendment to end “death panels.” Ah, state politics.

Texas Takeover
California Republican Representative Devin Nunes stepped down from his role as the U.S. House Intelligence Committee Chairman on Thursday, and he named Texas Republican Mike Conaway—who represents Midland—as his replacement, according to the Texas Tribune. So Conaway will now take the lead in the committee’s investigation of Russian meddling in the 2016 presidential election. Conaway was the second-in-command on the committee before Nunes bolted amid ethical questions regarding his meetings and communications with White House officials throughout the Russia investigation, so he was the next logical choice to fill the vacated top spot. Conaway has his work cut out for him. The committee is basically in tatters thanks to Nunes’s missteps. But Conaway is getting a clean slate from both his Republican supporters and from the Democrats who ousted Nunes. “I am hopeful that under the leadership of Mike Conaway we can move forward in a bipartisan way that gets to the truth of Russia’s interference in our election and whether any Americans were involved,” San Antonio Representative Joaquin Castro, the only other Texan on the committee, said, according to the Tribune.

No Vouchers
The “school choice” bill pushed by Lieutenant Governor Dan Patrick basically fell flat on its face in the Texas House on Thursday, as House members voted overwhelmingly against pushing funds from public education toward private schools, pretty much leaving Patrick’s bill for dead, according to the Houston Chronicle. The vote came during the House budget debate, as members voted 103-44 in favor of an amendment that would block voucher programs. According to the amendment, state money “may not be used to pay for or support a school voucher, education savings account, or tax credit scholarship program or a similar program through which a child may use state money for non-public education.” And an amendment that would have allowed the state to fund smaller voucher systems failed miserably, indicating Patrick’s Senate 3 bill won’t pass in any form, even if he downsizes it. “Good-bye SB 3,” Representative Gene Wu, a Democrat from Houston, said from his desk following the vote, according to the Chronicle.

Fore! Four?
Texan golfer Jordan Spieth had a rough day at the Masters on Thursday. Like, a really, really rough day. One year removed from experiencing arguably the most shocking meltdown in the history of the sport at the same tournament, Spieth once again fell victim to a quadruple-bogey at Augusta. Spieth entered the fourteenth hole of the first round as the tournament’s co-leader, but it all fell apart after that. The Dallas native bogeyed the par-four fourteenth hole and then horrifically quadruple-bogeyed the par-five fifteenth, according to the Dallas Morning News. The fatal mistake came on his third shot, when his aim sailed fifteen feet from the hole, and the ball spun back off the green before plunking in the water. He’s down, but unlike the result of last year’s quadruple bogey, he’s not quite out. Spieth won the Masters in 2015 and he led after the first round in each of the last two tournaments, but now he’ll have to come from behind if he wants to put on the green jacket again.