Baylor’s student body president, Wesley Hodges, has made sure that “homosexual acts” are still specifically banned at the private Baptist university, after he vetoed a resolution from the student senate that would have stricken the phrase from its policy, according to the Waco Tribune-Herald. That resolution, the Sexual Misconduct Policy Non-Discrimination, sought to replace the words “homosexual acts” with “nonmarital consensual deviate sexual intercourse,” so it’s not exactly like Baylor was about to start formally embracing a swingin’ new lifestyle of key parties and drunk hookups—but some student senators believe that the current language creates the impression that Baylor is intolerant of gay students.

According to the Tribune, Hodges said that his decision to veto the resolution didn’t impede on the school’s mission to treat its students with grace, love, and truth:

“I truly believe that Baylor treats its students with grace, love and truth, and in doing that seeks to accept all students, but does not affirm all student behaviors,” Hodges said. “Simply because the university disagrees with your actions or lifestyle, does not imply that it is seeking to attack you.”

Hodges cited concerns that the University’s regents would have failed to approve the change even if he’d allowed it—but the student who sponsored the resolution found reasons both practical (the way the current rule is written, straight students can engage in certain types of sexual conduct that gay students can’t) and moral (specifically calling out gay sex is rude to gay students):

Trenton Garza, the senate member who sponsored the resolution, argued that the current policy is unfair because it does not also ban all sexual acts between heterosexual students.

Other violations listed in the policy include fornication and sexual abuse, harassment and assault. Garza argued that the current language still allows heterosexual couples to engage in intercourse typically associated with gay couples, while targeting homosexuals for the same sexual behavior.

But he also said the language adds to negative feelings that gay students on campus may experience about their sexuality.

“Something that I feel, as a Christian, is that all too often Christianity is being known for what it is against, rather than what it is for,” Garza said after the meeting. “In light of that, I wanted to show that we are for loving people . . . as small as a wording change really can be, the symbolism can spark something much greater.”

Garza said he also was surprised by Hodges’ veto, which he had not been made aware of until after it was placed on the senate’s agenda.

All of this comes at an interesting time, as one of Baylor’s more high-profile former students—basketball star Brittney Griner—came out earlier this year. Griner’s decision wasn’t exactly a revelation; it was accompanied by quotes from her like “I wouldn’t say I was hiding or anything like that. I’ve always been open about who I am and my sexuality.” But a profile of the three-time All-American, Big 12 Player Of The Year, and 2012 NCAA champion in ESPN the Magazine, published shortly after Griner was taken as the first overall pick in the 2013 WNBA draft by the Phoenix Mercury, portrayed a Baylor that was uncomfortable with her openness:

She and her parents say they knew nothing of the school’s policy against homosexuality or of coach Kim Mulkey’s code of silence on the matter. Griner says she came out to Mulkey during the recruiting process: “I was like, ‘I’m gay; I hope that’s not a problem.’ And she told me that it wasn’t.” But within her first few weeks at Baylor, Griner was asked by a school official to delete a tweet to an ex-girlfriend. Soon enough, she found herself living in a glass closet.

It was easy to see Griner was the future of women’s basketball—as a freshman, she set an NCAA record with 223 blocked shots—and anyone paying attention in Waco also knew she was gay. She often brought her then-girlfriend to team functions, even with reporters around. After a game early in her career, a booster approached Griner’s girlfriend and asked, “Is Brittney happy here? What can we do to make her happy?” But Griner says she never explicitly asked Mulkey whether she could come out publicly. “I already knew the answer,” she says. “I didn’t want to hear ‘No.’ It was a recruiting thing. The coaches thought if it seemed like they condoned it, people wouldn’t let their kids play for Baylor.”

For current gay Baylor students, the decision to veto the resolution that would have changed a part of the school’s policy that tacitly allows certain conduct from straight students that they’re forbidden to participate in is probably pretty frustrating, too. Adam Short, president of Baylor’s Sexual Identity Forum—a student group that is unrecognized by the Baylor administration—expressed as much to the Waco Tribune.

He called the current policy discriminatory because it specifically calls out a subset of the student population instead of simply outlawing sexual activity for all students regardless of sexual orientation.

“I do know of a few rare cases of outward oppression, issues of bullying and things of that nature,” Short said. “Baylor faculty and staff, however, have been very welcoming and friendly to students who identify as LGBTQ, so it’s such a shame to see this get vetoed.”

Garza, who’s a senior, told the Tribune that he doesn’t intend to revisit the proposal before his term is up, so gay Baylor students will have at least another year of attending a school whose sexual misconduct policy treats them differently than their straight classmates. 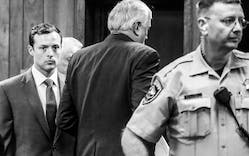 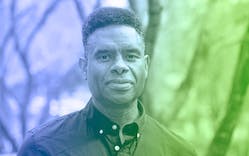 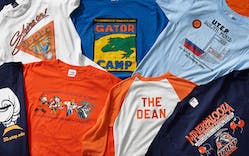