As a part of a $220 million bond package, McKinney ISD is adding an opulent events center and 12,000-seat high school football stadium that will cost a total of $62.8 million. According to the Dallas Morning News, the stadium, set to open in 2017, will cost $50.3 million itself with $12.5 million used from a previous bond package passed in 2000 that will go towards stadium infrastructure: roads, water, sewer, electricity. Manhattan Construction has been hired to build the stadium, and if that name rings a bell, it’s because they were behind Houston’s NRG Stadium, Globe Life Park, and AT&T Stadium—home of the Dallas Cowboys of Arlington. The bond package also includes $62.5 million for upgrades throughout the district, with $51.4 million allocated toward additions and renovations to six of the schools in the district.

There will be $30.5 million spent on technology, including a program that would give all entering freshman a laptop. Three of the schools will see renovations to fine arts facilities, which sounds good, sure, until you consider that it will only bring them up to par. Cockrill Middle School, Evans Middle School, and McKinney Boyd High School’s fine arts programs have been burdened with “overcrowding in the band halls, lack of storage, practice space and congested fine arts hallways.” Meanwhile, the sanctuary of gladiator arts will sparkle in McKinney.

Placing athletics over academics and the arts is a tale as old as time. Sports—well, male-dominated athletics, particularly football and basketball—have more eyes and glory involved than pretty much every other high school institution outside of prom, and even then there’s room for debate. But the fact of the matter is that high school football, though we tend to spend exuberant amounts of money on it, doesn’t yield great returns. In 2011, the Dallas Morning News’ sports section conducted an investigation of Dallas-area football teams and their profitability, and only three districts had a net profit. McKinney’s had a net loss of $208,889.35.

Regardless, Texas is still charging ahead with larger-than-life stadiums. Katy ISD is spending $62.5 million on a football stadium after costs have risen from the original price tag of $58 million. According to the Houston Chronicle, three years ago a bond package that included a $69 million stadium was rejected. Then, there’s the all too familiar saga of Allen High School’s $60 million stadium that opened in 2012, then closed in 2014 because it was falling apart. At least an extra $10 million on repairs was paid by the construction company and architectural firm to open back up for graduation a little over a year later.

To be fair, the parking at McKinney’s existing Ron Poe Stadium is absolutely inadequate. It has just 341 dedicated parking spaces, a paltry amount and certainly something that should be fixed. But it isn’t just cause for entering the futile suburban arms race of building the most expensive and grand high school football stadium in the world. It’s money wasted on cosmetic pomp and circumstance that could’ve gone to improving educational resources. Imagine the possibilities and the scholars these schools could attract if this money was used as a financial incentive for teachers. Maybe, in some crazy alternate universe,  high-performing educators could have salaries that rival high school football coaches.

*Correction: An earlier version of this article incorrectly stated that the district paid for the repairs to Allen High School’s stadium. We regret the error. 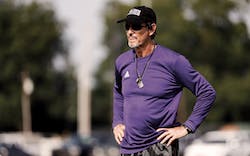 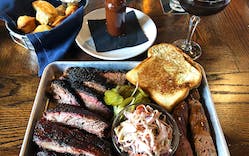 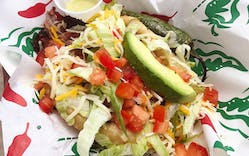 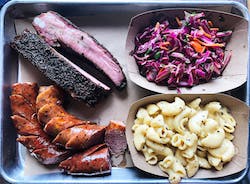