I was walking through a Pappasito’s in downtown Houston on Tuesday evening when I bumped into Cowboys Hall of Famer Rayfield “Big Cat” Wright. Seeing the former Cowboys great was enough to make my night, but then someone from across the restaurant called out Rayfield’s name. It was perhaps the baddest ass tailback to ever play in this state: Earl Campbell.

I’ve spotted quite a few celebrities during the past couple of days covering the Super Bowl mayhem, but seeing the Houston Oilers legend will not be topped. We sat down with Campbell and one of his friends and talked some football leading up to Sunday’s Super Bowl LI. Campbell was disappointed the Cowboys didn’t make it to Houston, and this prompted a mini-rant from Wright.

“You have the best offensive line in the NFL and you don’t run the ball on third-and-2?” said Wright, one of the most dominant offensive tackles in NFL history. “They would be here if not for the coaching.”

Staring at these two Hall of Famers, one of whom was devouring a cheese enchilada dinner, I asked Campbell how he might’ve fared running behind Wright.

“Big Cat and I would’ve been okay together,” Campbell said. “We’re both country.”

I remember Campbell being honored when the Super Bowl was held in Houston following the 2003 season. He could barely walk at that point after numerous knee surgeries. He was battling alcohol and painkiller addictions at that time, but he’s been sober for the past seven years. Even with his white hair, he looked powerful Tuesday. And he didn’t seem to mind being recognized by several folks in the restaurant. The 61-year-old Heisman Trophy winner was sporting a black “Don’t Mess with Texas” t-shirt.

I lingered long enough with Campbell and Wright that I missed the last shuttle to the media party at the Houston Museum of Natural Science. I eventually made it in time to eat some Central Texas short rib sliders while gazing at an exhibit featuring a lion eating a zebra’s leg. 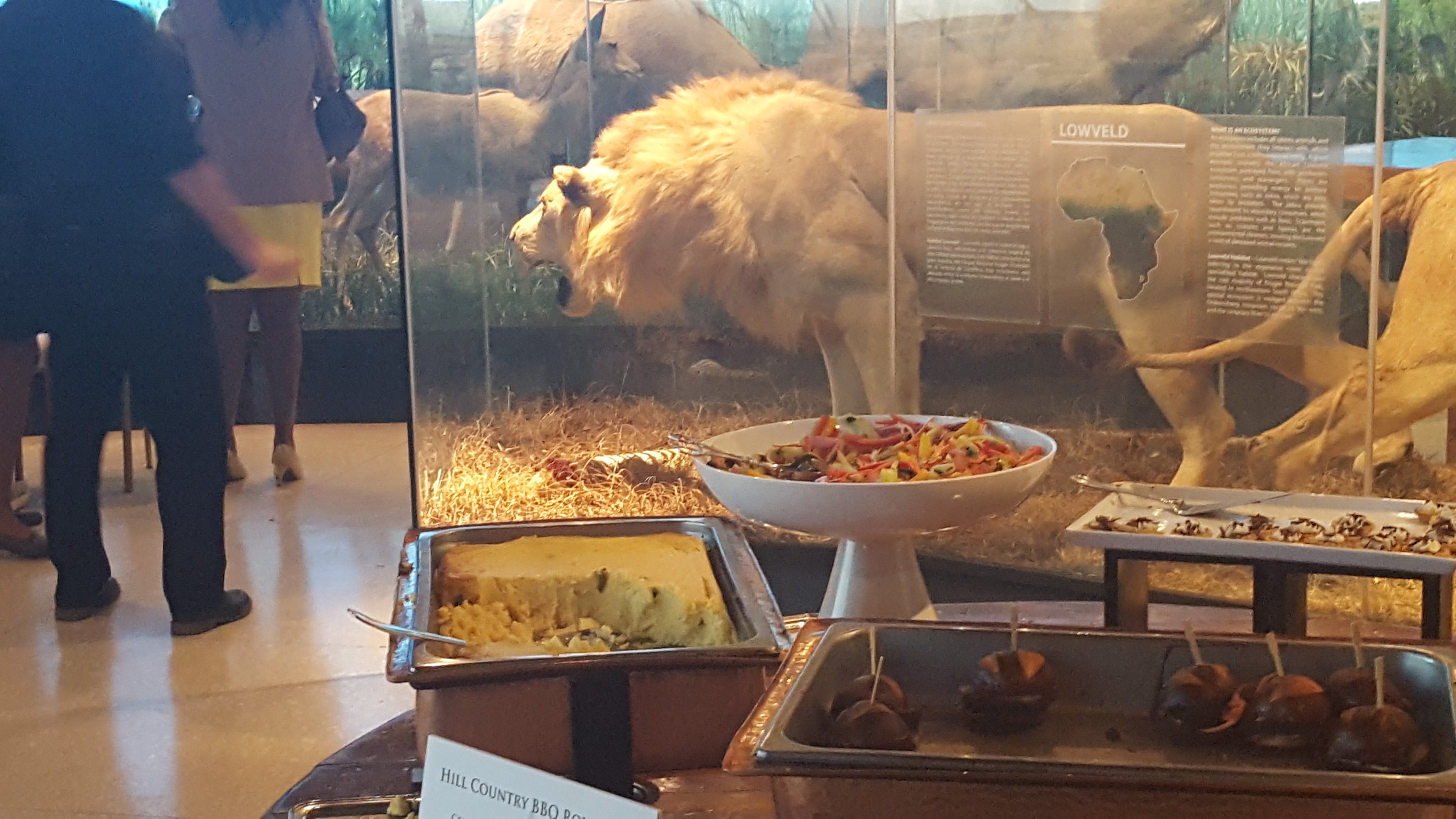 It was a lively band, although I didn’t catch its name. The lead singer had a Brittany Howard vibe from Alabama Shakes and the band was aided by strobe lights. The party seemed to revolve around an elaborate electric train set that appeared to be passing through different portions of our state, which were divided by geological features. After a few moments of observing the trains, I went in search of raw oysters.

But with all due respect to the dinosaur exhibit, the highlight of my night was sitting down with two NFL legends. I understand this is Houston Texans territory, but I’ll always have a soft spot for Campbell’s “Luv Ya Blue” teams. As I said goodbye to Campbell and Wright, someone was offering to purchase Earl’s meal.

His money’s no good in this town, and that’s the way it should be.