“They’re aggressive. They’re badass. They got in and knocked it out.”

—San Antonio Fire Department Battalion Chief Connie Hall, to the San Antonio Express-News. Hall praised the “badass” firefighters after the crew put out a house fire on Monday afternoon. Everyone inside—a woman and her two dogs—made it out of the house without suffering any injuries. 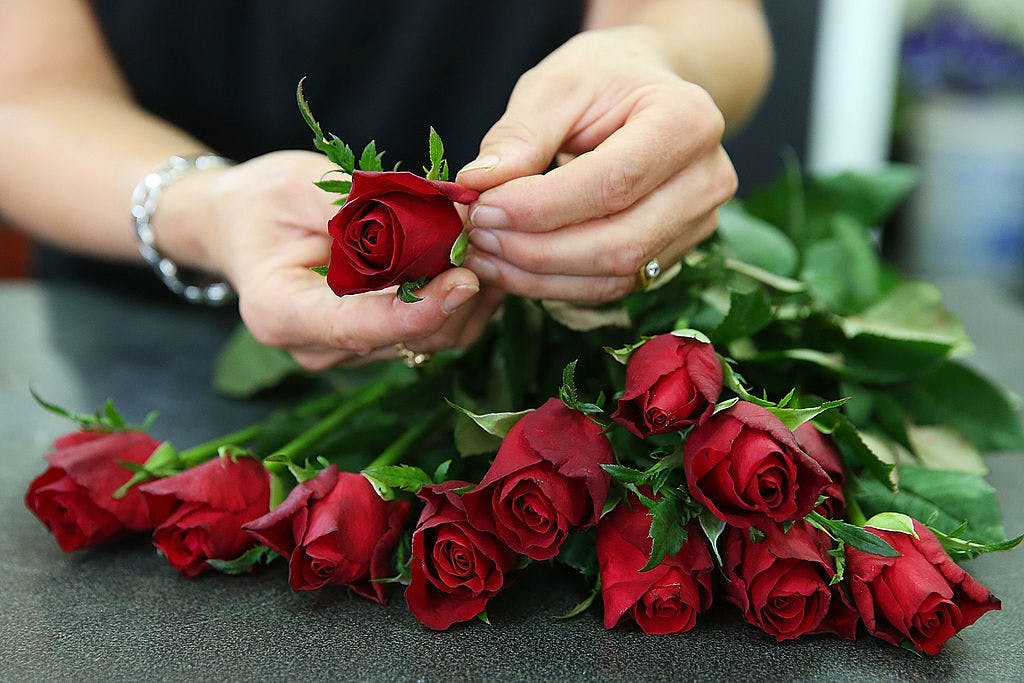 Breaking Barriers
For the second season in a row, the star of the reality TV show The Bachelorette will hail from Dallas. But this time, the woman seeking love from a carefully-selected pool of 25 square-jawed bros will be African-American. According to Entertainment Weekly, Rachel Lindsay is the first black Bachelorette in the show’s fourteen-year run (34 seasons!) The show has long faced accusations of not being diverse enough, and ABC was once even sued for alleged discrimination. Lindsay, 31, is an attorney with the firm Copper and Scully in Dallas, according to the Dallas Morning News. “I’m ready to find love, find a husband,” she said during an announcement made on ABC’s late night show Jimmy Kimmel Live, adding that she’s hoping to find “someone who’s ready for what I’m ready for… someone who’s ready to start a family.” Lindsay became a fan favorite as a contestant on this season of The Bachelor (like The Bachelorette, but with a dude as the star instead). In fact, she’s still an active contestant on the ongoing season, which makes this announcement a bit of a spoiler alert. On the last season of The Bachelorette, Dallasite JoJo Fletcher picked the brother of Green Bay Packers star quarterback Aaron Rodgers from the stable of candidates. Maybe Lindsay can one-up her fellow Texan and nab Dak Prescott’s cousin or something.

ICE Cold
Texas is still reeling from last week’s widespread raids conducted by U.S. Immigration and Customs Enforcement agents. According to the Austin American-Statesman, ICE confirmed that 51 people were arrested during the national Operation Cross Check raids in Austin (ICE doesn’t use the term raids, and instead prefers “targeted enforcement actions”). Of those 51 people, there were 23 folks with criminal records and some violent offenders, according to the Statesman. There also may have been at least one case of mistaken identity. According to the Texas Tribune, Miguel Angel Torres was delivering Valentine’s Day chocolates to his daughter in Austin when he was stopped by ICE officials. They asked him if he was his brother, and he said no. “Well, we’re detaining you,” the agents told him, according to Torres’s wife. He’s currently in an immigration lockup center near San Antonio. Meanwhile, Austin interim Police Chief Brian Manley expressed displeasure at being left out of the loop while ICE was conducting raids in his city. “I want to know what’s going,” Manley said Monday, according to the Statesman.

Good Dog
A San Antonio-bred Canaan dog won best of breed at the Westminster Kennel Club Dog Show in New York on Monday, according to the San Antonio Express-News. The dog’s name is Caliente Dangerous Gale Force Winds. Just let that incredible name sink in for a moment. Anyway, apparently she goes by “Gale,” and this was the second-straight year she took home best of breed at the world’s premier dog competition. She certainly has the genes for it—her mother, Mad River Cool Breeze Blowing, won the same prize in 2009. That perhaps explains her prodigious rise. “She was the first out of the whelping box and first to start climbing on her mother to nurse,” Rosette Davila, a member of the dog’s ownership group, told the Express-News. “She had the most guts in the bunch.” Gale plans to retire after the show, and she will head back to San Antonio to enjoy her golden years.

Hateful Papers
Islamophobic and racist fliers popped up on the University of Texas at Austin campus on Monday, the latest Texas university to see such such fliers show up on campus. One of the signs read “Imagine a Muslim-free America,” against a vignette of the Twin Towers, and another said it was a “civic duty” to report undocumented immigrants. According to the Austin American-Statesman, the signs were discovered on at least three buildings and on a utility pole at UT, and they were taken down by university workers. In a statement, a university spokesperson didn’t condemn the messages on the fliers that were directed toward immigrants, Muslims and minorities. “The university vigorously supports the free speech, but posting signs of any nature on the outside of university buildings is not allowed under campus rules,” UT spokesman J.B. Bird said. UT President Gregory Fenves took to Twitter, saying, “When some try to divide us, Longhorns stand together. Diversity and inclusion are among our top priorities.” Similar fliers were posted in recent weeks at a handful of Texas schools, including Rice University, Texas State, UT-Dallas, and the University of North Texas.