—Dallas Mavericks owner Mark Cuban on Twitter, in response to tweet—seemingly apropos of nothing—from President Donald Trump, who attacked Cuban and accused the Texas billionaire of not being smart enough to run for office. 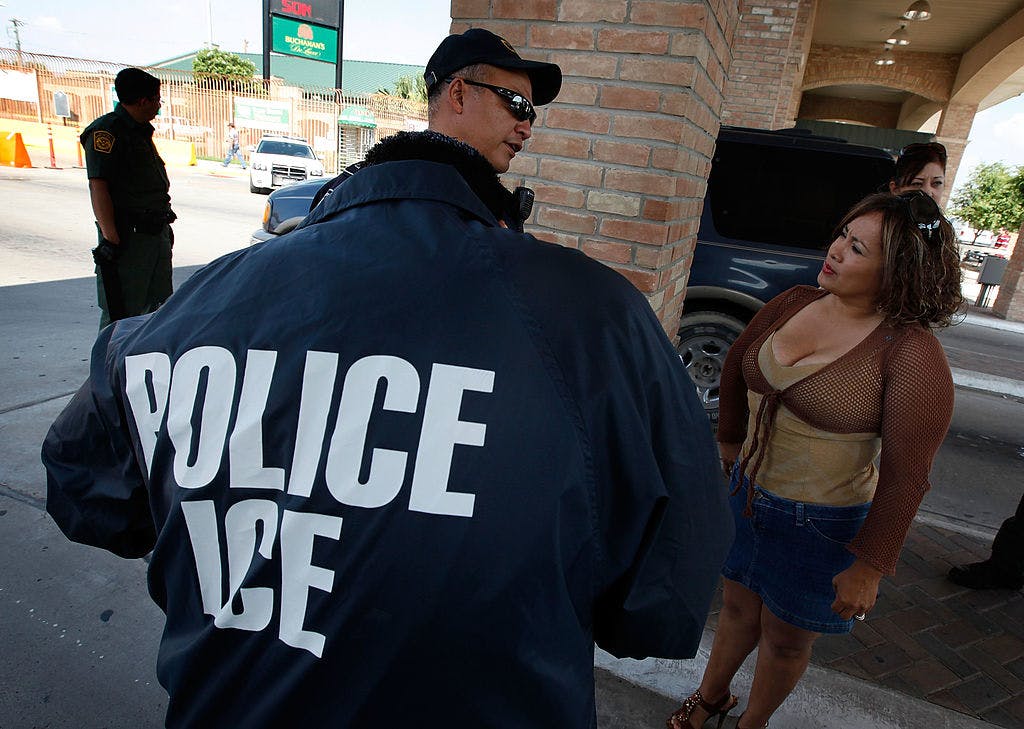 Round Up
U.S Immigration and Customs Enforcement conducted large-scale raids in cities across the country starting Monday last week and ending Friday, arresting hundreds of undocumented people from primarily Latin American countries in as many as eleven states. Details about the raids were scarce early on, and as unconfirmed rumors of massive arrests spread, Texas’s immigrant communities were fearful, according to the New York Times and also the Houston Chronicle. The Times reported the number of arrests made across the country last week reached at least 600, and the Mexican Consulate told Austin’s KVUE that thirty Mexican immigrants were detained in Austin on Friday—which they said was more than six times the usual amount of people detained on an average Friday—bringing the week-long total of ICE arrests in Austin alone to at least 53. A spokesman for one Austin-based immigrant advocacy non-profit told the Washington Post that the organization’s hotline has been overwhelmed with calls from people and families seeking legal assistance. U.S. Representative Joaquin Castro said in a statement that he was told by ICE’s San Antonio field office that they “launched a targeted operation in South and Central Texas as part of Operation Cross Check,” according to the Austin American-Statesman (there were also raids reported in Dallas). ICE does not use the term “raids,” and the federal agency publicly denied that the raids were anything other than “routine” enforcement actions. Immigration officials told the Washington Post that the raids targeted people with criminal records, but that people without criminal backgrounds were also rounded up. “Big cities tend to have a lot of illegal immigrants,” one anonymous immigration official told the Post. “They’re going to a target-rich environment.” According to the Post, a video circulating on social media showed ICE agents making arrests in a parking lot at an Austin shopping center, and immigrant advocates said ICE had set up checkpoints on the streets, apparently checking people at random for identification (ICE denied that there were any checkpoints). The majority of the arrested people were adult men, and no kids were taken into custody, according to the Post.

Big Showing
Texans won big at the Grammy’s last night. First: Beyoncé. Queen Bey, who is pregnant with twins, put on the show-stopping performance of the night, one which included a ton of backup dancers, a headdress that would make Montezuma envious, and a chair that seemed to defy the laws of physics. The Houston native won two awards, for best urban contemporary album and best music video for “Formation,” but somehow lost out on the major awards of the night to the singer Adele, who gave a shout-out to Beyonce in her acceptance speech. “My idol is Queen Bey, and I adore you,” Adele said, according to the Houston Chronicle. “You’ve moved my soul for 17 years.” Adele also said Bey’s 2016 album Lemonade was “monumental.” Among the other Texas highlights: Arlington native Maren Morris won best country solo performance; Fort Worth’s Tamela Mann and Kirk Franklin won best gospel song; an acapella group with North Texas roots, Pentatonix, won best country duo/group performance; and Texas’s musical laureate, Willie Nelson, won best traditional pop vocal album.

Up For A Challenge?
U.S Representative Joaquin Castro has long been rumored to be a possible challenger for Senator Ted Cruz in 2018, and the Democrat representing San Antonio has now given us an idea of when we can expect a final decision. According to the Austin American-Statesman, Castro will let us know in about eight weeks whether he plans to take on Ted. “I am looking at the Senate race against Ted Cruz,” Castro said on Saturday before an adoring crowd during a Q&A session with reporters at a hotel in Austin. “Ted Cruz has not spent a single day working for the people of Texas. Ted Cruz tunes out most of Texas.” Castro said he plans to visit Dallas and Houston while he mulls a Senate run, and he also dispelled rumors that his brother, Julián, the former mayor of San Antonio and ex-head of the Housing and Urban Development agency, is considering a campaign for governor in 2018. Instead, Joaquin said Julián will be working on writing a book for the next six to nine months.

Partisan Slice
President Donald Trump’s approval ratings hit an all-time low on Saturday, when a new Gallup poll showed that 55 percent of Americans disapprove of the job he’s doing in the White House. Meanwhile, 100 percent of Americans approve of pizza. According to the Midland Reporter-Telegram, Midland-based pizza place Peace of Pizza is now offering a Trump-themed pizza: one half “Mexican taco” toppings, the other half topped with Cheetos (“inspired by Trump’s skin tone,” according to Peace of Pizza), all separated by a “wall” of breadsticks. Does such politically-charged pizza taste good? Um, maybe. Is it good for business? That, too, remains to be seen. Response to the pizza was predictably divided, according to KWES. “It wasn’t meant to offend anyone,” Peace of Pizza owner Rob Jenkins told KWES. “It wasn’t offensive in my opinion. I checked with a lot of people before we did it. It doesn’t really bother me to offend somebody cause to be honest, they probably weren’t a customer of mine to begin with.” In an effort to appeal to a different eater base, Peace of Pizza also unveiled over the weekend a “Democratic-Socialist Pizza,” which, according to the restaurant, is “cut so many times that everyone can get a slice.”

This guy supervised the most executions in Texas KHOU