Right now, it’s cold by Texas standards. It’s in the fifties in most of the state—colder in El Paso, warmer in the Valley—so it’s not exactly ice cream weather today. But sure as the days turn to weeks and the weeks turn to months, the Texas sun will be beating down before too long, and sweet tea and air conditioning won’t be enough to break the heat. Ice cream season will be upon us once more, but come summer 2016 the question may be “Where are we gonna get it?”

That Blue Bell had a bad year last year isn’t news. That the problems still don’t appear to be fixed in 2016 is more troubling for a company that can’t afford any more bad PR (or to risk any more injuries to its customers). But as we learned this week, it’s not just Blue Bell that’s having problems in the ice cream game: HEB’s Creamy Creations line—which proved last year to be like methadone for Blue Bell addicts—instituted a voluntary recall for at least one flavor.

H-E-B voluntarily recalled one of its Creamy Creations ice cream due to the threat of a foreign object inside.

Right now, of course, that’s just one flavor—and Pecan Turtle, while tasty-sounding, is more of a niche product than, say, vanilla. But as anyone who watched the Blue Bell saga unfold, what starts as a voluntary recall of a narrow portion of the product line can balloon into a bigger problem. We’ll stress right now that there’s no reason to believe that HEB’s Creamy Creations line is likely to turn into something bigger (and that, in the grand scheme of things, eating a little wood is probably better for you than eating listeria), but it did remind us just how vulnerable we are to an ice cream shortage.

Blue Bell is pretty good ice cream, but the joy of eating ice cream isn’t just in the taste or texture, it’s in the emotional resonance that comes with enjoying a treat you’ve been served since childhood. Brands become multi-billion dollar entities because people associate their logos and packaging with the good times in their life. When a person raised on Blue Bell opens a carton of the ice cream, they’re not just enjoying a frozen dessert, they’re enjoying a chance to feel the way they did when they got served that same treat as a kid—and to share that experience with their own children. Creamy Creations, while lacking some of the emotional resonance, has long been a substitute for Texans who want to keep it local, but who prefer to buy the store brand of most things.

Forgive the, er, meltdown, but what do we do if the ice creams of our youth become unavailable? National brands taste OK, but they mean nothing to us—and it’s probably only a matter of time before somebody finds a severed foot in a gallon of whatever-cheap-ice-cream-it-is-they-eat-in-Minnesota anyway. Meanwhile, the ice cream that is, in a blind taste test, admittedly better than Creamy Creations at the very least—your Haagan Dazses and Bens & Jerries of the world—are expensive, tiny, and demand that you put something called “Bernie’s Yearning” in your mouth.

Is this the future of Texas ice cream? Are we to spend $5 a pint on frozen treats made by aging Vermont ice cream hippies? Will the Texas children of the future grow to develop emotional connections to artisanal gelato?

That may not be a tragedy. Artisanal gelato, at least, hasn’t killed very many people lately. Brand loyalty is a very real thing, but it’s not exactly healthy (trust us, you care more about Blue Bell or Creamy Creations than Blue Bell or Creamy Creations cares about you). A shakeup that reminds us that ice cream is all just sugary/high-fructose-corn-syrupy frozen deliciousness in the end—no matter what color or shape the carton comes in—isn’t the worst thing in the world. Even expensive brands like Haagan Dazs and Ben & Jerry’s have their own benefits—at the very least, you’re likely to savor your treat when it’s that expensive.

Ultimately, despite the recalls, the odds are that both brands are going to remain on shelves for a long time to come anyway. Blue Bell survived a downright terrible 2015, so there’s no reason to believe that they’re going anywhere now. Creamy Creations, meanwhile, seemed to seize upon the fact that they were feeding some customers wood chips quickly, and we’ll remain optimistic that they’ve nipped it in the bud. And either way, we’ll find ways to stay cool in the summer of 2016—which, on a week like this one, feels like it’s a long way off anyway.

(Update: HEB Director of Public Affairs Dya Campo emailed us after this post went live to stress that “Our voluntary recall of this one seasonal flavor was out of an abundance of caution. It is very common that H-E-B recalls products voluntarily for various purposes.”) 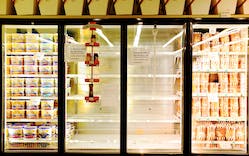 The Texanist: Help Me Find the Delicious Honeydew Ice Cream of My Youth 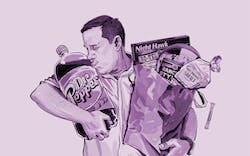