We read the recent article about Tim Crowley [“A Battle for the Soul of Marfa,” February 2020], part of the “Small Towns, Big Money” package, with dismay. We are frankly appalled at what can only be called yellow journalism, a nod toward objectivity with an insidious underlying tone meant to negatively influence the reader’s opinion of Crowley. Having worked with Crowley for almost a decade through our positions at Texas Tech University, we can assure readers that your depiction of him bears no resemblance to the man we know.

Tim earned his degree in theater from Texas Tech, and each summer he lets us use his theater and accommodations. Going on five years now, he has hosted over twenty students from Texas Tech and from Bilkent University, in Turkey, along with guest artists, making sure that they are privy to the art and culture that Marfa offers. Students begin with a “hunch” and, eleven days later, share a fully staged event. It’s a substantial gift, but with Tim, it’s never been about the money.

Your article cites many of his generous acts, but your writer sounds like someone who hasn’t spent much time in Marfa, who finds what dirt she can and spreads it in a smear campaign. Her facts are suspect and her opinions slanted and overhyped. All of Tim’s good works and generosity are undermined in a portrayal that insists he serves himself before all others.

Editors’ note: A longer version of the above letter is available here.

Texas Monthly needs to give itself the Bum Steer Award for its one-sided article trying to slam Tim Crowley. He has been my friend for many years and has spent millions of his own dollars since the mid-nineties to improve Marfa and help make it the bright and vibrant tourist destination it has become. Many people in Marfa appreciate everything Tim has done to make it a better place. Tim has restored downtown Marfa, employed hundreds of local residents, and built and operated the award-winning Hotel Saint George. He continues to support Marfa through private investment and public generosity, including through the Crowley Theater.

I like Tim Crowley and appreciate everything he has done for Marfa.

The February 2020 edition of Texas Monthly was by far the best I have read in a long time. The articles focusing on emerging technology and the opportunities they hold (“Can a Dallas Ride-Hailing Company Catch Uber?”) and profiling innovations in thinking (“The Engineer Will See You Now”) were excellent. I would love to see more of the same, and less about food.

In “A Battle for the Soul of Marfa,” the issue with Tim Crowley parallels the problems I saw while deployed to Iraq. In Iraq, the United States was so busy giving the Iraqis what it thought they needed, it never bothered to ask the Iraqi people what they wanted.

Crowley has good intentions, but if he really wants to make a positive impact, perhaps he should focus more on what Marfans want.

Another wonderful article by Michael Hall, “Summer Breeze” [February 2020]. It took me in several different directions down Seals and Crofts memory lane.

A handful of years ago, after retiring to the Texas Hill Country, we saw a motorcycle go off the road on the winding Texas Highway 16 between Kerrville and Bandera. We stopped to help the rider and passenger. They had been riding with a group of friends, who realized someone was missing and turned around. Riding up, one of them asked me, “Do you know who that is you’re helping?” It was Dash Crofts. No injuries, except the bike. So we provided a ride back to Fredericksburg, and I still treasure my personally signed CD, Dash Crofts Today.

Our story about Marfa in the February issue contained errors of fact and context, which are listed below, and which we’ve corrected in the version of the story on our website.

• We quoted Tim Crowley, a lawyer who owns several prominent businesses in Marfa, as saying that the young workers he employs locally “aren’t going anywhere.” Crowley wishes to make clear that he did not mean to imply that his workers lack the aptitude to find jobs elsewhere, but rather that they wish to remain near family and friends.

• The mountains visible from Marfa are not the Chisos, as we reported, but rather the Chinatis.

• Crowley rented one of his properties to Marfa Public Radio, starting in 2005. He wishes to make clear that he was not on the organization’s board at that time. He instead joined the board in 2012 and continued to serve as MPR’s landlord for several years.

• Cochineal is not a Mexican restaurant, as we reported, but instead serves an eclectic menu that sometimes includes Mexican-inspired dishes.

• The business that the Crowleys asked to move out of one of their properties was not a restaurant, as we reported, but rather a gift shop.

• We quoted a letter to the Big Bend Sentinel from landowner Mo Morrow, who wrote that he was “led to believe” that a property he sold (to a partnership owned by Crowley and landowner Jeff Fort) would be left intact and not subdivided. Crowley denies that he gave any such assurance to Morrow.

• We reported that Crowley “contributed generously to the campaigns of local public officials, which to some Marfans suggested he had the city and county wired.” Crowley disputes that characterization, saying that his contributions to city and county political campaigns typically ranged from $100 to $500 and gained him no special influence. Among other sources, David Beebe, a justice of the peace for Presidio County, described Crowley’s contributions as generous by the small-town standards of Marfa, where the total cost of a campaign might run $1,000 to $3,000.

• We reported that some Marfans wondered, when Crowley began construction on his new Hotel Saint George, “Why had the early planning been kept under wraps?” Crowley denies any subterfuge and says he filed all required planning documents with the city government.

• Repurposed wood was not used in the dining room of the Hotel Saint George, as we reported, but instead in the hotel’s event space.

• We reported that the Hotel Saint George has “scant” parking. Crowley disputes that description and says his hotel provides 85 parking spaces for guests in its 55 rooms and for other visitors.

• We described a friend of former Marfa mayor Ann Marie Nafziger, who was asked to display one of her campaign signs but declined to do so, knowing that Crowley opposed Nafziger’s reelection. That friend does not work for Crowley, as we reported, but rather is one of his business partners.

• Crowley says that when he applied to the Presidio County Commissioners’ Court for permission to extend drinking hours until 2 a.m. at a property he owned just outside Marfa, it was the commission’s choice (and not at his request) to hold the public hearing sixty miles away in the town of Presidio. However, when one commissioner proposed moving the hearing to Marfa, Crowley objected, saying that if it were held there, it would attract at least one local gadfly, and that he might withdraw his application.

• Crowley stopped distributing complimentary copies of the Big Bend Sentinel to his hotel guests, not in response to the paper’s coverage of the late-night drinking controversy, as we reported, but instead because of what Crowley described broadly as “trash” journalism. The owners of the paper say that Crowley specifically complained about their coverage of the criminal trial of one of his friends, who was later acquitted.

• Crowley’s denial of permission for use of his theater for the Chinati Foundation’s annual Open House event, which the theater had hosted for years, was not delivered to foundation director Jenny Moore, as we reported. Crowley instead communicated his decision to Jennifer Lees, the foundation’s director of administration. He denied that he was retaliating against Moore, who had publicly raised questions about his late-night drinking permit.

• We reported that Crowley owned “the only real gym” in Marfa. In fact, there were two other gyms in town.

I’m responsible for every story published in Texas Monthly, and I apologize to our readers for the errors I failed to catch before publishing this one. 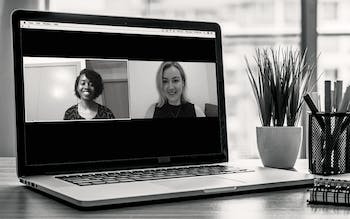