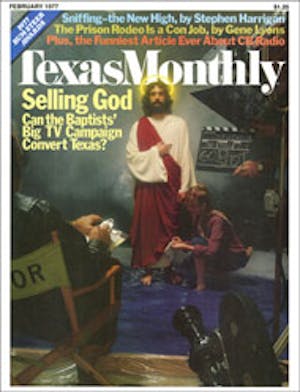 “The hell with it,” said the seventeenth-century specialist. “I spent nine years working on a PhD and fifteen years making full professor and here I am shoveling rocks out of a ditch. I’m moving back to town.”

“You don’t mean it,” I said, visitant free labor, leaning on the pick that had loosened the rocks of which he spoke.

He shook his head and grinned. “I guess maybe not. But one of these times I will.”

No figures exist nor is there much demand for them, but I suspect that electrical malfunctions, leaky roofs, busted pipes, jammed sewers, rampaging storm waters, and the like have more bearing on the number of back-to-the-landers who eventually return to the cities than do other strong factors like wifely lonesomeness and the generally dismal economics, these days, of a functional existence on the land. Not that city dwellers and suburbanites don’t have to face similar troubles in their brick-veneer “machines for living.” But they don’t have to face them quite so squarely and so miserably alone unless they choose to, nor is the possible range of problems half as extensive in town as out among the hoot owls and coyotes.

Consider if you will the question of human waste, to designate it by one of the numerous euphemisms which have been tailored for it and which attest to its grubby importance. Except for the anal-stage babies and certain happy coprophiles and a billion or so Third World vegetable gardeners, not many people have much affection for the stuff, but it is one of the more central facts of life.

A scant century ago if that much (let’s not stray into tales of mythical Thomas Crapper and his invention and all that), Western man devised a means of whisking this substance out of sight and mind so fast that for most of us these days it is possible to pretend that it doesn’t exist, except as an epithet. Whether this evasion is good for us philosophically is an unresolved question. Whether it’s good for our world is all too clearly resolved on the nay side, as a boat trip down any stream that has to absorb even standardly “treated” mass wastes will show. But that’s a social problem, not a personal one, unless you happen to live too close to the bank of such a stream. The average urban or suburban householder can keep his mind on higher things like bass lures and Archie Bunker, except on rare occasions when T. Crapper’s invention backfires or tree roots clog the short house sewer that connects him to the public main. And on those occasions he can call a nearby plumber, whose charges are theoretically kept within reason by competition from competition from hordes of nearby plumbers, and with spouse, offspring, and intact dignity can quit the house till the trouble has been fixed and the air has cleared.

Not so in the boondocks. Here flows no public sewer main, but instead an intricate disposal system, consisting of usually of a septic tank or two whose population of friendly bacteria digests solids (a second euphemism, though it includes other matter that gets flushed too), and a “field” of tile or perforated plastic pipes to disperse into the soil the clear effluent that results. Indigestible sludge results also, building up slowly in the bottom of the tank. This system isn’t a social problem but normally belongs to the sturdy homesteader alone. It costs large heaps of money to install, and if he neglects it, letting sludge accumulate to the point that it spills over and clogs his disposal field, it costs heaps more to replace. Hence a returner to the land, after one or two sour experiences, is likely to spend a portion of his time digging down to inspection boxes to lift their lids and make certain his effluent is unclouded, or searching for damp fragrant spots in grass that hasn’t been rained on in weeks.

And after a couple of other sour experiences with the payment demanded and received by one of the scarce and uncompetitive plumbers willing to drive out from a town and view his trouble and maybe cope with it, he is likely to spend a good bit more time manipulating a pick and shovel and certain more specialized tools such as snakes and sewer rods. Spouse and offspring may leave the premises with dignity at such times, but not he. Few of us neo-rustics (or paleo-rustics either) have the fortitude to tackle a sludge-packed septic tank on our own; we call in a specialist with a tank truck and a suction pump, who gets revenge for the general unpleasantness and lack of social cachet attaching to his job by charging hell out of us. But most of the rest of it we learn how to do, because we have to.

So too do we learn about water systems that begin at the bottom of a 200-foot well and progress through pumps and pressure tanks to an underground network of leak-prone pipes running to far-flung cattle troughs and kitchen sinks and what all, with swarms of differently sized and functioning valves and outlets along the way. And about high lines, ground rods, breaker boxes, and shorted motors. And diversion ditches, and chimney flashings, and one-lung gasoline engines, and termites, and even such mechanisms as water heaters and automatic washers, though with some of these latter you do have the sweaty alternative of detaching the offending object from its moorings, wrestling it aboard your pickup, and hauling it to some shop in town that will not charge you more for repairs than it charges suburbanites. In the course of this education you acquire boxes and shelves and walls full of tools, a good many of which you have never heard of before you headed countryward and some few of which you will use exactly one time in your life—because for instance on one sole occasion you had urgent need for a 1 ¼-inch crow’s-foot wrench and nowhere to borrow one. All for the dubious award of leading a technological life in a place where it possibly doesn’t belong. And all aside from other technological maintenance with which your pursuit of agriculture, if any, may embroil you.

The only true alternative would seem to be a return to the simple forthright ways of old, which for that matter are still pretty much the ways of most of mankind. Privies and water buckets, mules and muscles, handcarts and firewood and candles. Most of us who go to the country from a city background have some nostalgia for all that, even if it only manifests itself in a wagon wheel hung over the gate and an expensive fieldstone fireplace and a deluxe edition of Thoreau on the coffee table. And a certain number of us believe in principle that the old ways were more honorable in basic terms, since they fed on local renewable resources and individual effort and didn’t gnaw at the earth’s guts and disrupt the complex rich flow of its processes. (Not that some old ways of farming and grazing and hunting meat haven’t been hugely disrupting the scheme of things since way back in prehistory…)

Yet, except for very pure and young and vigorous homesteaders of the Mother Earth persuasion, may God bless them one and all, the old-way alternative is a tough one. Rewiring a barn and unstopping a sewer and sweating joints in copper pipe are very small potatoes, in terms of effort and, above all, of expended time, when compared to the endless hauling and pounding and scrubbing and lifting and digging and chopping that characterized the day-to-day life of our rural ancestors unless they were landlords with serfs and peasants to command or else the hard-handed fathers of large families. Or Henry David Thoreau, who was only responsible for his own basic needs and could dine in Concord when he felt like it.

We have tasted the fruit of the tree, and technology seems to be with us, even if there’s room for a little hope that in time it may grow less destructive. Few women, having grown used to a Maytag, are willingly going to boil dirty clothes in a washpot or carry them to a creek and flog them clean on stones. And while there must be folks who consider a January outhouse preferable to a heated bathroom, I haven’t spoken with any of them lately.

Hence, stuck, one copes or one goes back to town. Most of us end up coping most of the time, and paying through the nose for help when we can’t. And most of us too end up taking a perverse pride in the acquisition of such blue-collar skills, since it represents survival in a way of life we have picked. In the company of others afflicted with the same disease, be they academics or Baptist preachers or businessmen or hairy dropouts, we can always find a bridge for conversation in such topics as PVC drainage systems, tick invasions, and the merits of jet versus submersible pumps, and can brag to a discerning audience, impatient to start bragging about themselves, about occasions on which we have tracked down and rectified esoteric troubles. The high point of my own career in this respect came one winter day after an ice storm when turning on the electric range mysteriously caused various lights in the house to come on and flicker dimly. By deduction and much snapping of switches and breakers and an uneasy rejection of my wife’s theory of poltergeists, I traced this phenomenon to a meter pole split-bolt connector, loosened by the ice’s weight and jiggling in the wind, that was intermittently letting the juice from one of the range’s hot wires flow out through the—well, never mind. It was not much a triumph, but it was mine alone.

You can go for months without much trouble and then have ten different sorts of it in a week, all urgent. I won’t pretend that under such assaults pride doesn’t often succumb to weariness and anger, especially as the years pile up. You’re supposed to be whatever it is that you are, in my case a writer, and you find that you’ve ended up a part-time, unpaid, and often unthanked jack-of-all-trades. It is possible at such moments of realization, like my professor friend, to consider quitting or to yearn back illiberally and vainly toward a class society that would furnish you with a smart peasant or two or three to do such work and allow you, in the traditional manner of patricians and intellectuals, to take pride not in grubby blue-collar skills but in soft hands and happy ignorance of how such things function.

Not that such wishfulness does much good when eleven heifers are bawling their thirsty heads off at an empty water trough and finding and patching the cause of its emptiness is up to you and nobody else. And not that it usually lasts long. You go ahead and cope because you chose to be where you are and still like being there, and the coping is part of the bargain. And in it, too, you attain sometimes the pleasant illusion, rare these days, of dominating the world around you, technology and all.