ON MAY 10 IN WACO’S 170th District Court, jury selection is scheduled to begin in the case of John Fox v. Baylor University. On the surface the trial seems like nothing more than a tenured professor suing for false dismissal, but to many faculty and alumni, it is the latest skirmish in the war for Baylor’s soul.

The 52-year-old Fox had been a distinguished professor of anthropology at Baylor since 1977. In September 1996 the university began investigating his management of Baylor’s field school in Guatemala, resulting in charges of behavior unbecoming a Baptist (among other things, he was accused of drinking with his students after hours). A year later Fox was dismissed. He is taking Baylor to court because he believes that his firing violated the rights of due process stipulated in his tenure contract. Though Baylor officials have said little about the case, university spokesman Larry Brumley says no such violation occurred: “The university has an obligation to balance the rights of faculty with the rights of the students. We feel that in this case the university took the appropriate steps to accomplish that objective.”

But Fox and his supporters see something more sinister in his dismissal. Dating back to the early nineties Baylor has been a battlefield between moderate and fundamentalist Baptists. Since his inauguration in 1996, president Robert Sloan has moved Baylor further to the right—particularly in the recruitment of faculty, which prompted the Wall Street Journal to run a story titled “Baylor Faculty Accuse President of Weeding Out the Less Devout.” Fox believes he was targeted for removal because he had been openly critical of the university (in September 1996 he proposed a vote of no confidence against Sloan in the faculty senate), and he’s not alone. That same year several administrators were demoted for publicly criticizing Sloan’s administration. “You either have to agree with the president, or you are punished,” says Henry Walbesser, who was removed from his position as the dean of the graduate school.

A private university, Baylor enjoys the right to use religious preference in its hiring policies, but some faculty members believe that a stricter conservative position will hurt the university’s academic standing. “I think the great danger is that a Baylor degree will diminish in value because of whom you’re selecting or not selecting to come here,” says Walbesser. Others believe that damage has already been done. “Word has gotten out in the academic community,” says Joseph Hawkins, a Baylor alum and professor emeritus at the University of Michigan. “I would discourage any of my students or colleagues from going there.”

Brumley insists that Baylor’s academic quality is not in danger and vigorously denies any attempt to control free speech. “I know of no incidents of retaliation against a faculty member for speaking out. That is ludicrous,” he says. Ultimately, though, that is a matter for the courts to decide, and Fox’s case won’t be the last. As many as 22 former Baylor employees have filed similar lawsuits or complaints. “The future of Baylor’s faculty is basically dependent on the outcome of these cases,” says LaNelle McNamara, Fox’s lawyer and herself a Baylor alum and former faculty member. “If they are subject to the whim of the president and there are no checks and balances, there is no academic freedom.” 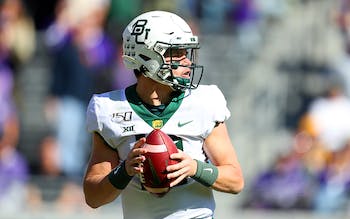 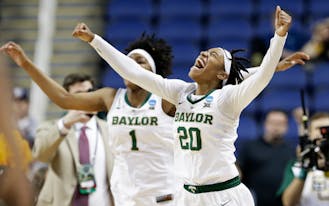