Texas-born rapper and founder of Brockhampton Kevin Abstract combines the easygoing yet melancholy tones of lo-fi pop with the raw energy he is known for in his second studio album, Arizona Baby. Released on April 25, the album draws from varying genres, employing hints of indie rock along with the fast-paced angst of rap. Tracks such as “Corpus Christi,” named after the city where he was born, exemplify Abstract’s musical prowess while delving into the pressures of Abstract’s newfound fame and ongoing struggles as one of only a few openly gay rappers. Abstract’s reflection on his identity into adulthood continues his exploration of growing up LGBT in the South, found in Abstract’s first album, American Boyfriend. Asserting that the journey of acceptance can be tumultuous and non-linear, but it does, marginally, get better, Arizona Baby is a deceptively deeply layered summer listen.

It’s been a while since we’ve heard Erykah Badu—her last release was 2015’s But You Cain’t Use My Phone mixtape, which was itself her first project since 2010—but the Dallas soul icon remains relevant every time she puts out a new song. That’s true even when the latest track is a cover of a 38-year-old British pop song, as her cover of Squeeze’s “Tempted,” with Roots multi-instrumentalist James Poyser, proves. Badu and Poyser have long had musical chemistry—he played on her very first single, 1996’s “On and On”—but hearing the two of them duet on a song as easy to listen to as “Tempted” is the sort of pure joy that Badu seems to drop on us every few years. The cover is a breezy, jazz-inflected jam with heavy AM-radio vibes, the sort of thing that will sound great to play in backyards and on patios during BBQs all summer long—which means that, on top of everything else, they dropped it at exactly the right time.

“Losing Religion and Finding Ecstasy in Houston” by Jia Tolentino

As usual, I heard about Jia Tolentino’s recent personal essay in The New Yorker before seeing it online, even though I scan the website almost daily. It’s a testament to her extreme popularity among college students that her words travel even faster by word of mouth than on social media. An excerpt from Trick Mirror, her first book, forthcoming in August, “Losing Religion and Finding Ecstasy in Houston” narrates Tolentino’s coming-of-age at a Houston megachurch. As she grew up, Tolentino and religion grew apart; in the essay, she tracks her gradual loss of faith—at least the kind espoused in her megachurch—alongside her experimentation with the hallucinogenic drug ecstasy. In this brilliant and constantly surprising critique of evangelical Christian culture, drug culture, and Houston culture, Tolentino explores the ways virtue and vice, reality and fantasy mix both during prayers and during highs. 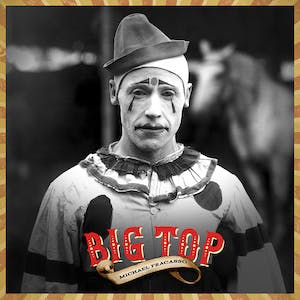 The music business is rough. It’s rough today, and it was rough back in 1999 when Michael Fracasso teamed with Charlie Sexton to record Big Top (June 14). The frustration around the limited success of Fracasso’s previous record consumed him, and he put the tapes on the shelf and walked away. Twenty years later, Lucky Hound Music is releasing Big Top, and it sounds as though it was recorded last week. Fracasso is right in his element with these songs, weaving beauty with unease and delivering with simplicity. He wraps gorgeous melodies around tragic characters—a formula that only the best pop songs are built upon. In “My Blue Heaven,” he navigates the complex emotions around the death of his mother. In “Mean Old Place #2,” he wrestles with his demons as he searches for blame when things go wrong. Added to this is Sexton’s production, where layers of instruments and textures never muddy the mix but reveal subtle rhythms and emerging colors, cradling the listener through every story. A group of Austin’s A-list musicians contributed to this record, including bassist George Reiff, to whom the record is dedicated. Reiff left a huge hole in the Austin music scene and in the hearts of all that knew him when he succumbed to cancer in 2017. He was all about collaboration, and you can hear the camaraderie on Big Top. Fracasso sings, in “Mother Nature’s Traveling Show,” “A man with pawn shop eyes / Says come take a chance / Anyway you win or lose / Well, it makes a fine romance.” Big Top delivers a big win for Fracasso and reminds us how his songwriting will always stand the test of time. 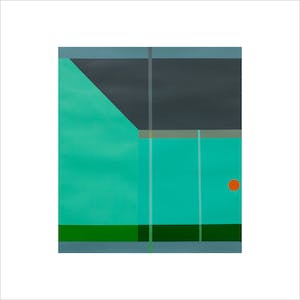 It’s hard to listen to “Young,” from Sun June’s album Years, and not think of summer. The song rolls along like one of those long days where you have nothing to do, where you just drive with no clear destination. The Austin band formed when lead singer Laura Colwell and guitarist Stephen Salisbury were working on Terrence Malick’s film Song to Song in 2014. The duo picked up some instruments lying around the editing studio and started to rehearse. Unbeknownst to them, Tony Presley, a co-owner of the local label Keeled Scales, lived above the studio, heard the jam sessions coming from downstairs, and signed them to a record deal. It’s a better story than Malick’s movie ever was, and a year after its release, Sun June’s debut single remains the perfect soundtrack for enjoying a summer day and feeling nostalgic about the ones you had when you were young.

Sneaker culture has undeniably seized the hearts of many fashion enthusiasts. This culture has also taken hold in a mildly surprising population: preachers. The Instagram account PreachersnSneakers chronicles the latest fashion choices of many young megachurch preachers, sporting brands like Yeezy, Versace, and Balenciaga. This account was the brainchild of a 29-year-old graduate student in Texas, who has amassed a following of 171,000 users on Instagram with his novel mash-up of religion and trends. The anonymous account creator is a Christian himself and an avid sneaker fan. PreachersnSneakers offers a way to follow current sneaker trends and a new generation of fashion-forward preachers appealing to a younger demographic. (Some see this account as controversial, but you can go down that rabbit hole here.) Whether you view this account negatively or positively, PreachersnSneakers has definitely started a conversation.