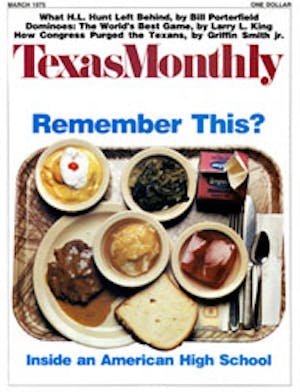 The girl had shown up about half-past-one a.m. with a half-filled bottle of rye. Ed signed the radio station off at three a.m. and he knew he couldn’t take the girl home with him because his wife wouldn’t like it. He didn’t have enough money for a hotel so he waltzed this honey down the hall to the main studio. Studio A was a giant room with ceil­ings at least fourteen feet high. Its ad­vantages were many for what Ed had in mind.

It was well out of the way and you could not see into Studio A from the main control room where Ed had been playing records on the “Owl Show.” No one would be coming by the main studio until at least eight in the morning and it wouldn’t take Ed that long to accomplish what he had in mind. But the main advantage to this studio was that it had a large grand piano used for live musical shows. When not in use the piano was covered with a cocoon of padded canvas. It was far better than a bed.

At five in the morning, just as Ed was to consummate his plan, the morn­ing man came into the main control room to sign the station on the air. He threw some switches and then turned on his mike to read off a little card. It went something like, “Good morning, ladies and gentlemen. Welcome to an­other day of broadcasting. This station operates on an assigned frequency… Back in the main studio, just over the padded piano where Ed and the lady with the rye were, hung a giant speaker. It monitored all that went on the air. The speaker clicked on at precisely the wrong moment for Ed. It said “GOOD MORNING…” That’s all the girl ever heard because in that precise mo­ment she ran out the door and down the hall and away from Ed’s life for­ever.

That was more than twenty years ago. It is a story still told by old-timers who knew the individuals involved. It would never happen today for many reasons:

There are no more “big” or “main” studios.

No station I know of owns a grand piano, or a baby grand.

There are no regular live music shows on radio.

Radio stations are so small these days you can see all the hell over the place from the control room.

And it is not so easy to find a girl with a bottle of rye anymore.

I wouldn’t for the life of me indulge in a lot of nostalgic reminiscences here. I don’t want to hear “Singin’ Sam,” or “Our Girl Sunday,” or “Can You Top This?” or “Vic and Sade”—well, may­be “Vic and Sade.” I’m one old-timer with 21 years of radio broadcasting be­hind me who says: “To hell with the old days. They were a pain in the ass then and remembering them doesn’t make them any less of a pain in the ass.”

Board announcers today are not loaded with five-minute “programs” as we were. You had to read a sign-on, play a theme, read a commercial, play one record not over two and a half minutes long, read a sign-off, and play the theme again. For that the sponsor paid a little extra. The commercials were all the typing that would fit on a page, and no one short of Speedy Riggs, the “sold American” tobacco auctioneer, would have been able to read them in a minute. It always took me a minute and a half to get through one.

Board announcers today do not have to go seeking through a fifteen-minute tape to find the seventh commercial on the tape to play on the air before this record over here has come to an end. Today a board announcer picks up a little plastic cartridge very similar to the one you play in your car. He pushes a button. The commercial comes on the air with three voices and half—the un­employed half—of the musicians in town playing away in the background.

The board announcer today does not have to come to work an hour ahead of time to pick the music for his show from the station’s library of 78s. He does not have to carry a pile of records three feet high and weighing 50 pounds into the control room with him, nor does he have to stay after work to file all those records. The board an­nouncer of today doesn’t have to pick any music at all. It’s all done for him, and the five records his station is play­ing that day are all in the control room anyway.

The difference in radio “then” and radio “now” is more than the difference between Jo Stafford’s “You Belong To Me” and Helen Reddy’s “Angie Baby.” You might bring it down to two cate­gories—News and Recording.

The first tape play-back I ran across in a radio control room was a cast-iron affair that was hinged to swing down on top of the turntable. The turntable pro­vided the motive power and ran the tape through a little slot that was hard to find when you were in a hurry. It took about a second and a half to get up to speed, and even at speed it had a habit of dying out in the middle of a tape and it produced flutter on sus­tained notes. We didn’t play much music on it. I don’t remember the make or model number. I do remember wish­ing the inventor all the bad luck in the world. The first portable tape machine I ever saw was a “Magnecorder.” Its name was spelled out in letters made from lightning. It took two men to carry it—one for the amplifier, the other for the tape-transport mechanism. It needed to be plugged into a wall. It was grand to record a town meeting on, but for fast-moving news stories it was hopeless; the story would be gone before you got it unplugged.

Later the “ Mini-Corder” came along. It weighed only slightly less than a twelve-cubic-foot food freezer. The electronics were powered with batteries that had to be changed each week. The tape-transport mechanism was powered with a spring you wound up with a little crank which you kept in your pocket. I remember going to a fire once and standing in the middle of the hoses winding up my machine. A fireman came by and asked where my monkey was. With that “Mini-Corder” I once rode in the back seat of a car that was shot out of a cannon. Maybe it was the shock of the firing or the shock of land­ing 50 feet down the track, or maybe I was nervous and wound the spring too tight, but the tape came off the take-up reel and filled up the back seat of the car.

Commercials and transcribed pro­grams went onto discs in those “Good Old Days.” The discs were aluminum, coated on both sides with a kind of deep-blue shellac. You could not edit the material. What you said is what went on the disc. The discs were cut on what was called a “record lathe” and a very fine thread of shellac came away from the cutting tool. That thread was highly flammable, and many a record­ing engineer set himself and the control room on fire by absently flicking a hot butt into a waste basket of record cuttings. It was considered very funny by some to put a pile of these flammable cuttings into a studio with a man who was reading a fifteen-minute newscast and then stand back throwing lighted matches at the pile.

Newscasts in those days were fifteen minutes long and the announcer read the whole thing. There were no fancy little “actualities.” If the announcer re­ported the mayor had said he intended to run again for office, you had to take the newsman’s word for it. You didn’t hear the voice of the mayor because the recording devices were so ungainly it was impossible to run along after the mayor asking questions. I might say, parenthetically, there were portable wire recorders then that used a wire to re­cord sound rather than the tape we use today. The best that can be said for them was they made excellent cheese cutters.

News readers in the old days had to have those excellent resonant voices, Lorne Greene recounted each day’s new disasters as a news reader long before he met up with Little Joe on the Ponderosa. I think they got the name from Greene’s delivery style in the old days. Ponderous it was indeed. Each news reader tried to sound more resonant and deeper and richer than the preced­ing news reader until the best of the lot wound up as a continuing 40-cycle hum and no one out in radioland knew what was happening.

You will notice I say “News Read­ers.” In those days they were small grey men who had drunk their way out of newspaper jobs and were re­duced to writing radio news copy. The news readers for the most part were like Ted Baxter; they had resonance where brains ought to have been.

Today radio must still train its news­men since there is no journalism school in the state of Texas that does so. There is no school of journalism that will turn out a competent radio newsman (par­don—newsperson, for if there is any real difference between then and now it is in the number of women who are employed in radio stations—particular­ly as news gatherers) who have a knowl­edge of the methods of news production, who have the mechanical ability to run their own “Sony” recorders and feed news actualities through a telephone to the station news room, who recognize a story when it occurs, and who can write concise news copy which sums up the story in about one hundred words. Texas boasts the largest radio news net­work in the nation, The Texas State Network, with 130 member stations. A station such as KRLD, my employer, has a news staff of ten and produces six hours of news a day, while in Hous­ton KTRH and KEYH (FM) are all news and talk for their whole broadcast day. There is no lessening of the need for qualified well-trained radio news staffers.

There is no question in my mind about the future of radio broadcasting. I don’t care to reflect over-much on the past, and the present has its short­comings. The future looks bright to me. Why, we’ll likely have quiz shows in the afternoon for the ladies at home. We might even have radio dramas like “Our Girl Sunday” or “Ma Perkins” or even “Vic and Sade”… particularly “Vic and Sade.”