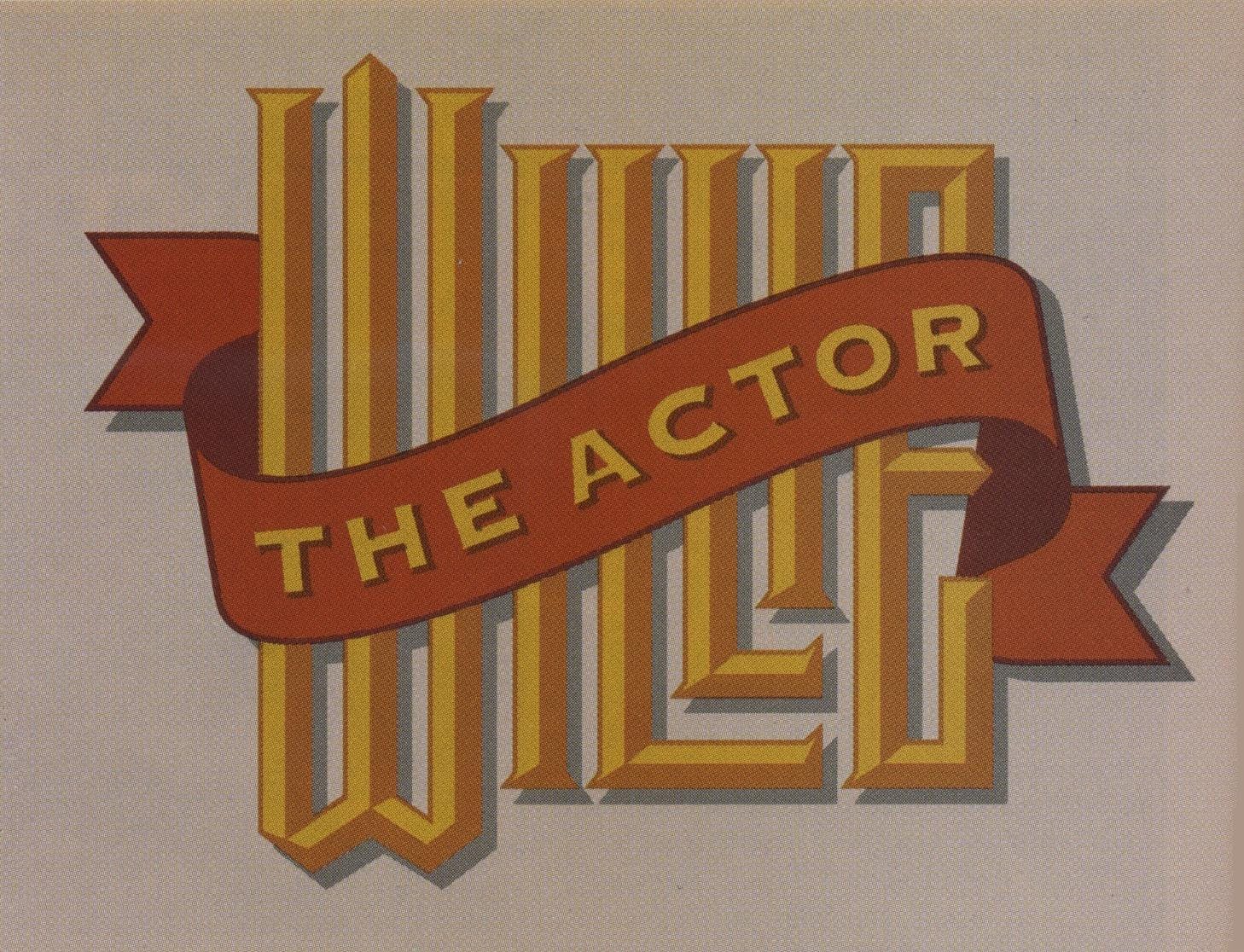 Some years ago a studio executive predicted that moviegoers would never accept Willie Nelson as a hero because he looked too much like Gabby Hayes. Presumably this executive is now in charge of the popcorn concession. Nevertheless, this observation illustrates some of the many contradictions about Willie’s acting career. No matter what character he is asked to play, Willie nearly always manages to turn the character into Willie Nelson. And more to the point, Willie is larger than life precisely because he doesn’t try to be. Movie executives and critics—to say nothing of audiences—take Willie more seriously than he takes himself.

Willie broke into screen acting in the 1979 film The Electric Horseman, playing Robert Redford’s sidekick. Director Sydney Pollack cast Willie mainly because of his looks. It was a small part, but Willie got the film’s biggest laugh when he ad-libbed: “I’m gonna get me one of those little Keno girls that can suck chrome off a trailer hitch, and then kinda kick back.” The line is a variation of a line from Limo, a novel by Bud Shrake and Dan Jenkins, but when Willie Nelson delivered it with such unexpected honesty, it became part of our national idiom.

In Honeysuckle Rose (1980) Willie played another version of himself, and itinerant musician so intoxicated by the road—by making music with his friends—that he nearly loses his wife and family in the bargain. In Songwriter (1984) he played an established star and good-intentioned entrepreneur who inevitably falls victim to the greedheads of the music industry. As the preacher-turned-outlaw in Red-Headed Stranger (1986), Willie explored still another aspect of himself, a man of God who sinks to the depths of depravity and yet in the end finds strength to save the town and redeem himself. In all of these roles, whatever the names of the characters, there was no question in the minds of anyone in the audience that the man on the screen was Willie Nelson.

Critic Pauline Kael has consistently written good things about Willie’s perfomances and believes that Hollywood has never given him his due.”He has amazing dignity on the screen,” she told me. “Some of our best actors play themselves—Bogart, for example.” In her review of Barbarosa, Kael wrote of Willie’s “weathered self-sufficiency and . . . humor,” and called him, “probably the most acceptable noble American in modern movies.” What gives Willie the moral authority to play a western hero, Kael concluded, is that he knows exactly who he is.

Bill Wittliff, who wrote and produced Barbarosa, says, “Willie is a natural actor in that he can deliver the truth of a scene if he can identify with that truth. He wants to be directed. He is open and giving and enormously hungry to learn and do well.” Before filming Red-Headed Stranger, which Wittliff also directed, he videotaped Willie rehearsing his lines, just as coaches film practices before a big game. Reviewing the tapes, the director noticed that when Willie came to the emphatic part of a line, he leaned forward, as though leaning into a microphone. Wittliff pointed this out, and Willie instantly absorbed the lesson. “You’re right,” he said. “I’m trying to sing it.”

With the possible exception of Barbarosa, Willie has never been asked by either a script or a director to stretch his talents. Wittliff finished Barbarosa in 1973, but the script went unappreciated until Willie saw it seven years later. He turned to a random part of the script, read a couple of pages, then placed his finger on a line and said, “I wanna be that guy.” It is possible to argue that Barbarosa was another shading of the Willie Nelson persona, the mythical outlaw so hated by the family of Don Braulio that the hatred became the family’s raison d’être. But the complexity and resonance of the character and the story impressed critics. Willie had to play dual roles: not only that of the mythical outlaw but also the real person, surviving off his wits, sleeping in caves, eating armadillos. The film didn’t attract much of an audience—inexplicably stupid editing by executives at Marble Arch left key parts on the cutting-room floor—but it remains Willie’s favorite roles. “Barbarosa was just like me,” Willie says. “Misunderstood.”

In Search of the Dallas Cowboys Cheerleaders Who Posed for Playboy

Willie is remarkably at ease in front of the camera and can learn four or five pages of dialogue almost as quickly as he can read them. This is the same skill, no doubt, that allows him to commit to memory the lyrics of hundreds of songs. On teh set of A Pair of Aces, the movie that Bud Shrake and I wrote and coproduced last year for CBS-TV, Willie began studying a scene maybe twenty minutes before we were ready to film it. Seated at a table aboard his bus—surrounded by fifteen or twenty people, all of them jabbering and competing for his attention—Willie ran his lines a few times, sometimes alone, sometimes with co-stars Kris Kristofferson and Rip Torn. Willie worked the words around, transposing and sometimes changing them completely, until he felt comfortable with the scene.

On camera, no matter how many takes a scene required, Willie never delivered a line the same way twice. This wasn’t a lapse in concentration, it was a discipline. He learned it on the set of Songwriter from veteran actor and director Richard Sarafian, who pointed out that these variations in interpretation give the director options when it is time to edit. Shrake, who wrote Songwriter, noticed something else during the filming—that Willie had learned to use his eyes to convey emotion. “When his eyes flash dark,” Shrake said, “it signals a violent change in temperament.”

Willie is beginning to be more selective in his roles. When CBS was first casting A Pair of Aces—the story of a rigidly disciplined Texas Ranger captain who finds himself figuratively chained to a fun-loving safecracker—network executives wanted Willie as the Ranger. At the time, we didn’t understand what a truly ludicrous notion that was, but Willie did. “They’ll probably want me to shave and cut my hair,” Willie told us. “I’d feel more comfortable playing the burglar.” Kristofferson agreed to play the Ranger.

Largely because of Willie and Kris, the movie scored big in the ratings: Of 34 CBS movies made in 1990, ours finished sixth. It is my belief—and this is not false modesty—that the script had little to do with the film’s success. In 1986 Willie, Kris, and some of their outlaw pals filmed a remake of Stagecoach, using a script that somebody must have penciled on the back of an envelope. The result was a production so awful that Kristofferson commented, “I wouldn’t watch this frigging movie if they tied me in front of a TV set with my eyelids taped open.” Yet Stagecoach was one of the highest-rated TV movies of that year. I’m certainly not comparing our movie to that piece of garbage, but I am saying that Willie Nelson has almost universal appeal. General Norman Schwarzkopf lulled himself to sleep during the war in the Persian Gulf by listening to Pavarotti and Willie.

Working with Willie is always a surreal experience. When we were filming our sequel, Another Pair of Aces, in January, Willie was as serene as ever, despite the fact that the Internal Revenue Service had just started auctioning off all of his material possessions. “I hope whoever buys them enjoys them,” he said. “I know I did.” I asked Willie how he could concentrate on his role with all this weirdness raining down, and he smiled his beatific smiles and said, “There are a lot of shows going on in my life, and this is just one of them.”

Making movies is a hobby with Willie, and I don’t mean just because part of his $300,000 salary for our sequel went to the IRS. The challenge in acting, he told me, is trying to better than the time before. Sort of like golf.

It is interesting to imagine some future silm in which Willie dares to play against type. I’m not suggesting that he play Hamlet or even Willie Lomax, but someday someone is going to offer Willie a role that allows him to deliver all the shadings of character he is capable of delivering. When and if that happens, I hope he rises to the challenge. Even if it means getting a haircut.

In ‘1883,’ Taylor Sheridan Builds on the Formula That Made ‘Yellowstone’ a Hit