Smoked sausage is a pillar of Texas barbecue. We talk a lot about the staggering sausage varieties—pork, beef, fine-grind, coarse-grind, hot guts, jalapeno-cheese, macaroni and cheese—but what’s discussed less frequently is what we stuff those fillings into: the casings.

Last week I went on a barbecue tour with Greg Mueller of World Casing Company, a New York-based casing company specializing in natural casings. Mueller, who lives in the Houston area, is the sales rep for the South region, including Texas, and as such, he is as critical of casings—how they look, taste, and snap—as I am of a slice of brisket.

World Casing Company only sells natural casings, so Mueller has an inherent bias in favor of them. He maintains they allow greater smoke penetration than cellulose or paper casings. But throughout the day, he commented most on the texture of the sausages we ate. “You’re going to get that snap and bite that people look for” with natural casings, he told me. I share that view, but my opinion is based on a eating hundreds of different sausages and simply preferring the performance of natural casings.

I asked him to share some insider jargon on sausage casings, and we came up with this glossary of terms. I also got some help from DeWied International‘s website, a competitor of World Casing Company. (Note: All quotations within the glossary are from Greg Mueller.)

NATURAL CASINGS – There’s no other way to say it: Natural casings are the internal organs of an animal, usually the intestines (although stomachs and bladders are also used occasionally). The intestines are cleaned and processed, then salted and packaged. Once a market orders the casings in, they must be rinsed and soaked before they’re ready to be filled. The biggest visual giveaway that a place is using natural hog casings (the most common casing used in Texas barbecue) is that “will have natural imperfections” and be curved. Any product in the grocery store will also have the casing type listed in the ingredients. 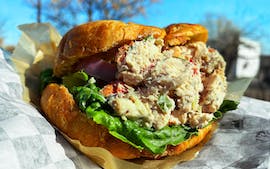 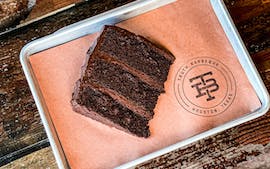 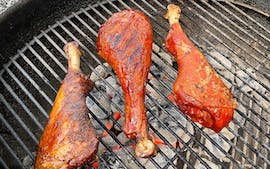 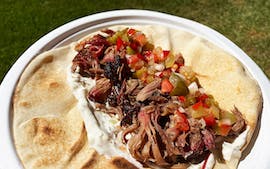 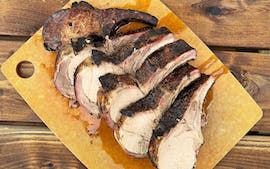 Beef Rounds – 38- to 46-plus millimeter circumference. Naturally curved and used for linked sausages and suitable for halal products. These are the casings used by many barbecue joints in Beaumont and Port Arthur, aka the Land of Links.

Beef Middles – 50- to 65-plus millimeter. Naturally straight and used for salami. “It’s used often in Louisiana to make andouille.”

Beef Bung – 90- to 125-millimeter. Used for larger salamis and bologna.

Hog Casings – Cleaned and processed pig intestines. These are the most common casings in use at your favorite barbecue joints in Texas.

Lamb Casings – Cleaned and processed lamb intestines. These are the smallest and thinnest natural casings. They’re used for jerky sticks, hot dogs, and breakfast links. They come in grade A or B (sometimes called A/B). Grade A is more expensive “It has less pin holes, so it’s best for hot bogs because they’re made with a fine emulsion.” Grade B can have pin holes which is fine for those using a coarser grind.

SYNTHETIC CASINGS – “If you see a sausage that is perfect in size all the way through,” it’s a synthetic casing. These casings are used because they are more uniform than natural casings, and they can be made in any size.

Cellulose Casings – These casings are generally used on sausages and hot dogs where the casing will be peeled off before packaging. They’re designed to allow smoke penetration.

Collagen Casings – Synthetic casings that are made with animal products. Usually the collagen is formed into tube casings, but at least one company sprays the collagen onto the sausage as it’s being formed and it solidifies as the final casing. This casing is hard for smoke to penetrate.

Fibrous (Paper) Casings – Inedible casings used for sausages that will be peeled after slicing.

Plastic Casings – Inedible casings used for larger meat products like bologna. The product is packaged with the casing still on, but it’s generally peeled off before slicing.

Pre-Flushed Bags – The strands are stored in a bag with a salt brine. “These are for your smaller guys who don’t have automated equipment.” These are Mueller’s biggest seller, but need to be manually loaded onto the tip of the stuffer.

Pre-Tubed – The casing is loaded onto a plastic tube that gets placed onto the tip of the sausage stuffer. “These are for automated equipment where speed and efficiency are important.”

Net Pack – An older way of packaging casings. It’s essentially a mass of salted and dried casings. “People use these because they’re the cheapest option.”

Hank – This is the unit of measurement used in buying and selling casings. One hank is one hundred yards of casings. Stuffing a hank of sausage will result in 140 to 150 pounds of raw sausage.

Bucket – A unit of sale for casings that is about 25 hanks of casings. This is the smallest unit of casings that World Casing Company sells, but sites like Butcher-Packer sell much smaller amounts for home cooks.

Barrel – 150 to 200 hanks of casings, depending on size. This is what the big-time sausage makers buy.

Dyed Casings – Casings that are artificially dyed. “You can tell the difference in the store. They’ll have a darker tone, especially at the ends of the sausage.” It will also be noted on the ingredient label as “Caramel Color” or “FD&C Red Dye.” Mueller says these are often used to cover up a light colored sausage that is very high in fat.

Whisker-Free – Casings that come with the “whiskers” or small capillaries removed. “If you’re making fresh sausage you want it whisker-free so that it looks nice in your case. If you’re doing a smoked product, you don’t need whisker-free because they just burn off and you never see them.”