It was a unique day for barbecue in Dallas last Saturday. Whole hog isn’t an item you normally see on a barbecue menu in Texas, and Cattleack Barbecue isn’t normally open on Saturday. Owners Todd and Misty David were showing off what they had learned in January’s Whole Hog Extravaganza. They also wanted to use their new toy – a specially designed whole hog cooker.

In January, the David’s had the opportunity to learn whole hog techniques from the country’s best, but it was the style of Samuel Jones from North Carolina’s Skylight Inn that they wanted to replicate. The Davids ordered a cooker from BQ Grills in North Carolina (the same one that Jones uses for events), and fired it up for the first time last week. It was a literal trial by fire. 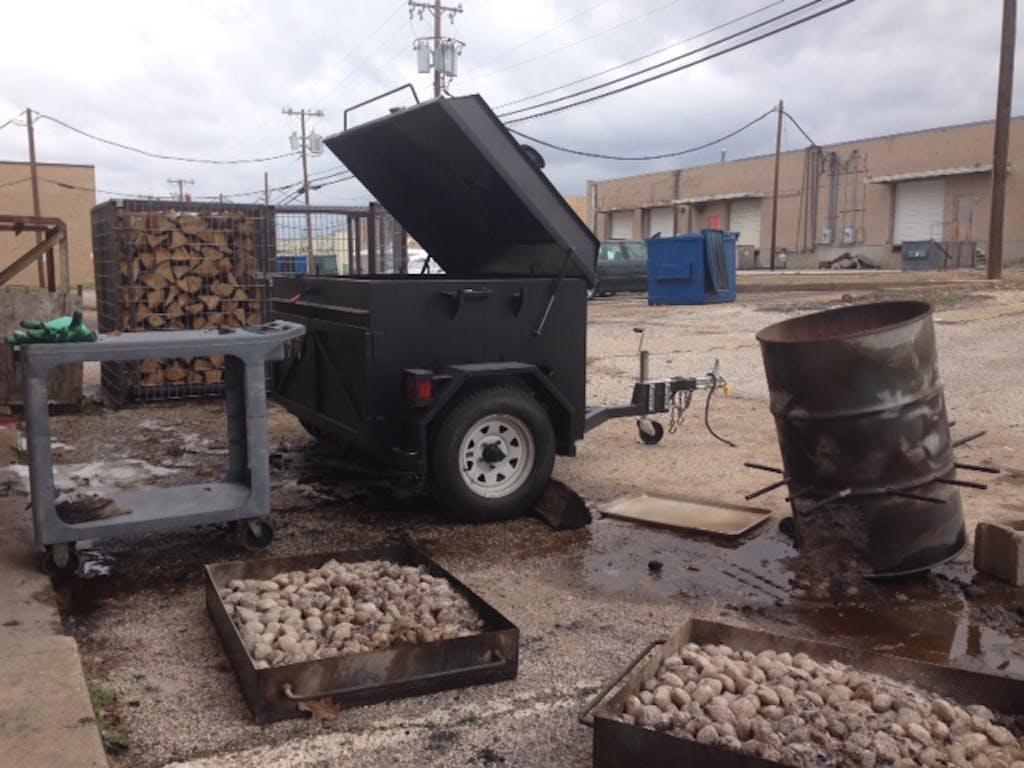 After a twenty hour overnight cook, disaster was narrowly averted. “It was seconds away from being destroyed” Todd David told me. “I turned away for a second and the flames were coming up from everywhere.” This was during the final stage where the skin is crisped and fat was dripping into the fire. As the fire gained momentum, he pulled out the trays that held the coals directly beneath the pig. It was some quick thinking, and the result was impressive. 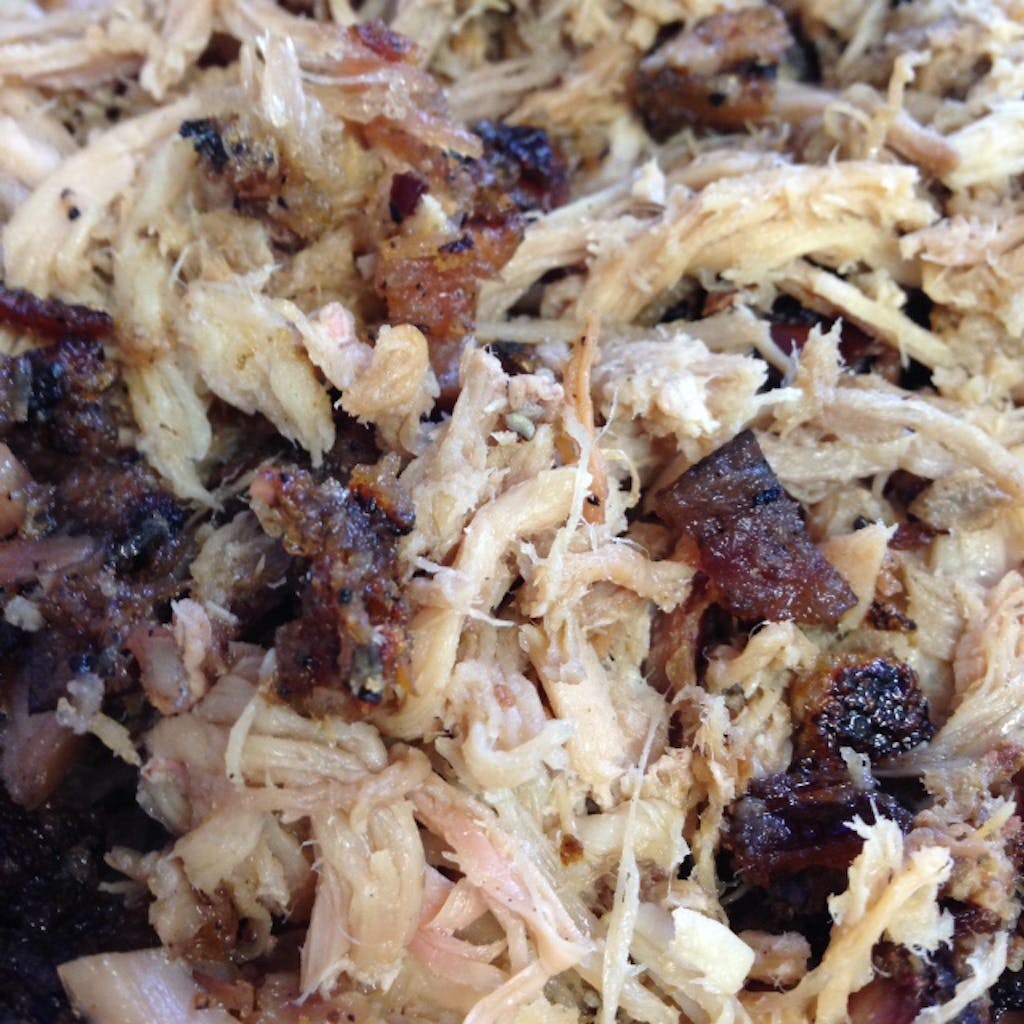 I’ve eaten the whole hog at Skylight Inn, and this version in Dallas would have made Samuel Jones proud. There was a strong flavor of smoke in the chopped skin mixed back into the juicy meat. A few bites of the pulled meat was better than most versions of pulled pork that I’ve had in Texas. There’s just something about getting all of the hog mixed together rather than just eating shoulder meat. Then there’s the crunch of the cracklins which is a textural signature of Skylight Inn. 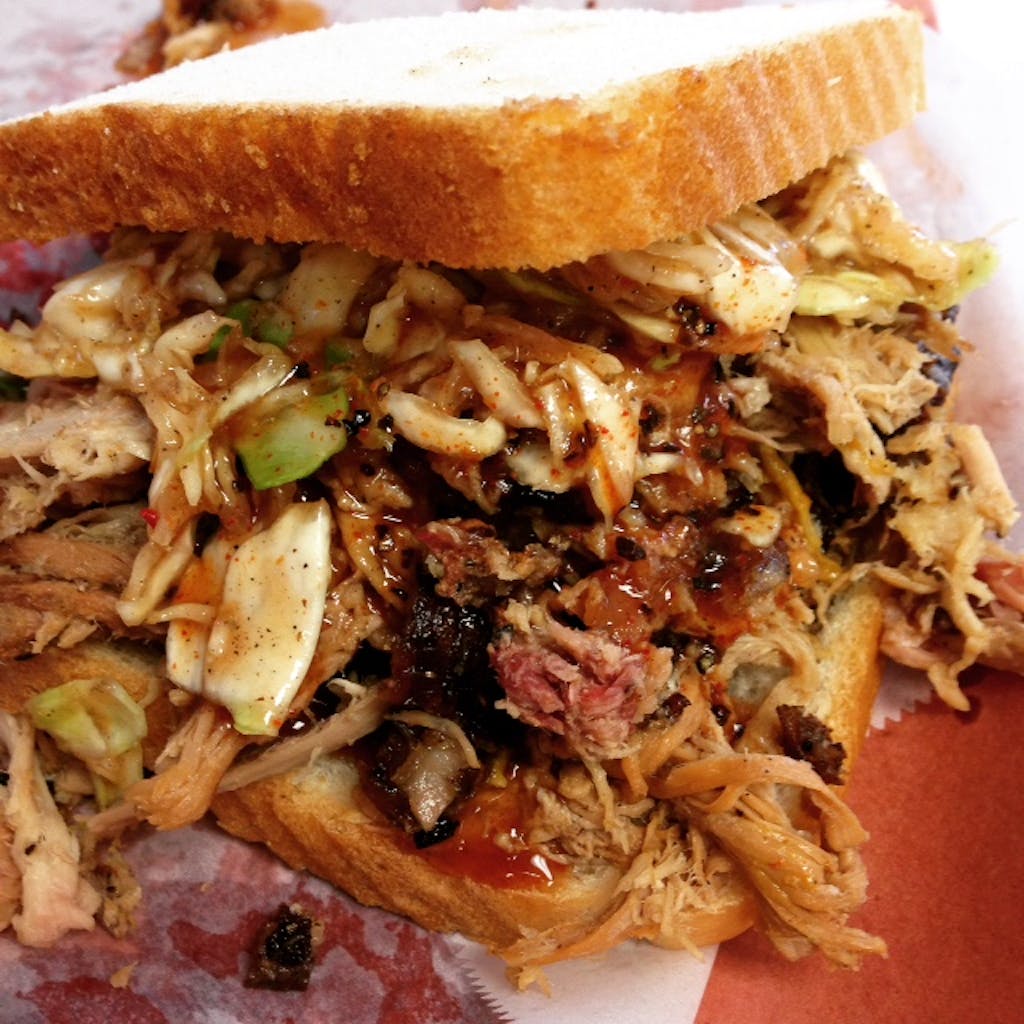 The Davids wouldn’t have been happy with an exact replication, so they added some of their own touches. Instead of leaving the hog unseasoned during the cook, their pork rub was sprinkled on the exposed meat. When it was finished the meat was pulled rather than chopped, and a Cattleack vinegar sauce was used sparingly in the mix to help keep it juicy.

Todd David was excited about the results of his first whole hog cook. He says it’ll be back in the near future (make plans to go when it does come back), but couldn’t confirm a date. I asked if we’d see it on the regular menu anytime soon. His reply sounded like he was still thinking about that pit fire. “I see it staying as a special. It’s a hell of a lot of work.”