It can be startling to drive up to the joint on a game day and see the signs for $40 parking. Fear not. You can park in the lot adjacent to the building free for ninety minutes. That was more than enough time for my meal on a Sunday morning, but then I got in at opening time when there wasn’t a line. The website notes that Sunday is brunch day, but I didn’t find any crossover breakfast menu items. It’s really a missed opportunity to put a runny egg on a giant jalapeño cheese biscuit stuffed with brisket. Those fluffy biscuits are one of the finest bread options I’ve had at a barbecue joint, but it’ll cost you $3 to get one. 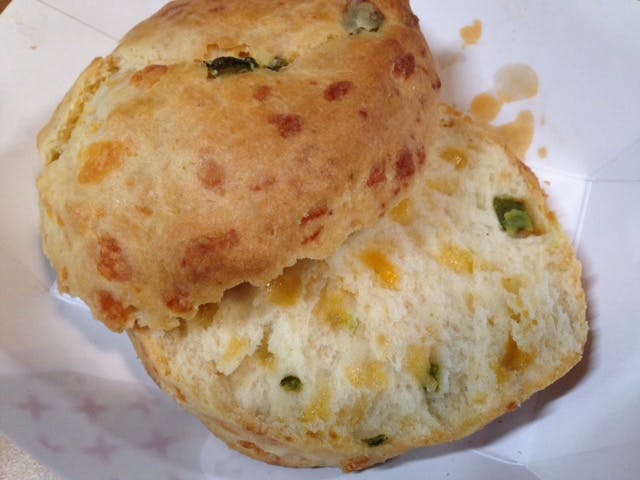 There’s plenty to choose from on the menu. I was there alone, but the couple in front of me was happy to let me buy their lunch in exchange for some of their stomach space. Ordering enough for six is less embarrassing when there’s three in the party. I got just about every smoked meat item that comes out of the dual Oyler smokers on display just off the dining room. Gatlin developed the smoked meat menu, but day-to-day execution is left to Brandon Allen. Gatlin says he stills keeps a close eye on the operation. “I’ll go up there at 5:00 in the morning when nobody’s there to check on things and look at the pits…I like to check up on it when they don’t know.” The result is good, but doesn’t match my recent memories of Gatlin’s. 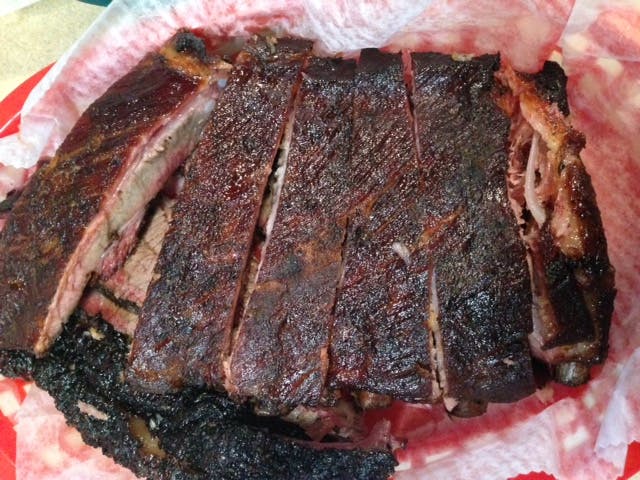 Greg Gatlin said he changed up his usual rib rub to make it a little sweeter. They were smoky with a great bark, and didn’t suffer from the extra sugar. The pulled pork was great on its own, or as part of a sandwich that went “all-the-way” with slaw and sauce on a warm bun. The brisket is the same recipe as Gatlin’s. It looked stellar and had a sumptuous black crust. Maybe they went a little light on the salt shaker, but it was missing some pop. The lean brisket was also preferable to the fatty point that needed more time on the smoker to render some of the fat out. 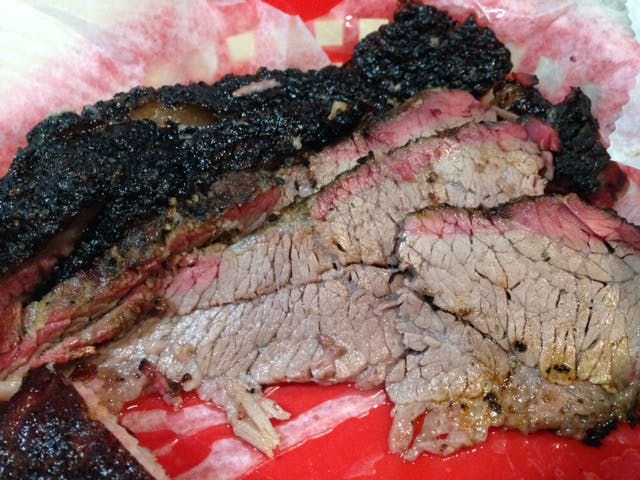 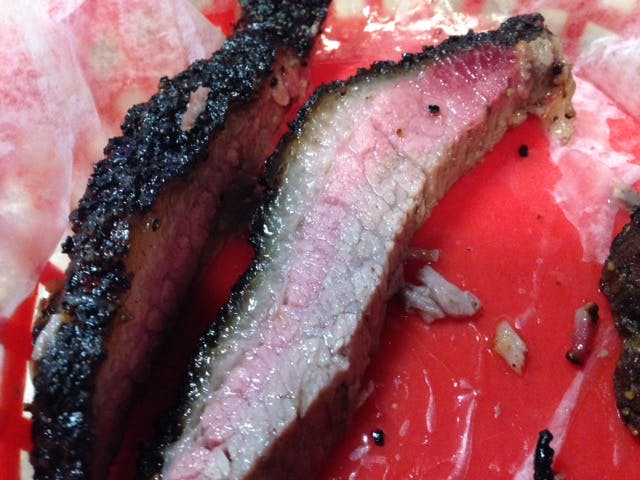 Ruffino Meats out of Bryan supplies the sausage. There’s a classic Texas link and a much more interesting venison sausage. Both had good snap and plenty of smokiness. The skin on the chicken could have used some of that crispness. It was flabby, but the meat beneath was smoky, moist, and well seasoned. 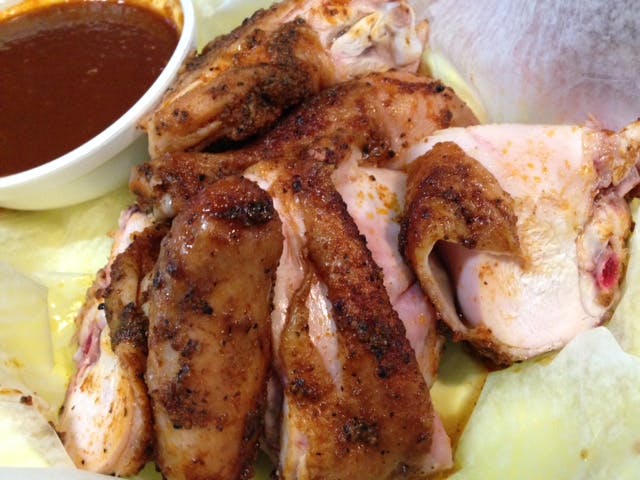 The meat is all Gatlin’s, but as he told me “the sides and the sauce were developed by Bryan [Caswell].” If you like the dirty rice at Gatlin’s this one will ease your craving until they can reopen in their new location. There’s also a meat stew labeled as beans. Yes, there are some beans in there, but mostly it tastes like smoked pork, sugar, and fish sauce. The slaw is a classic mayo recipe, and was fresh and crisp. An orange-tinted potato salad rich with egg and pickle tasted like a deviled egg in a good way. The “smoked” deviled eggs tasted about the same, sans potato and missing even a hint of smoke. 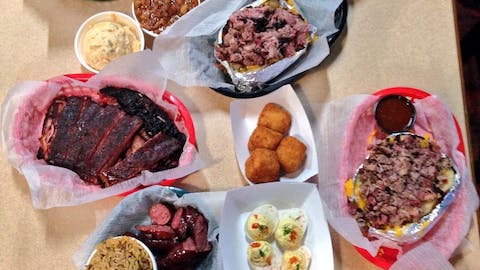 A good baked potato is required for even a decent stuffed barbecue tater, and this one does the trick, but the topping options end at meat, cheese, and sauce. I would have happily traded a side of creamy mac & cheese for the fried version that seemed like it would be more at home next door in the ballpark.

Cities across Texas are seeing an influx of great barbecue, but not so much in the downtown areas where a weekday lunch crowd is often looking for cheap and quick options. Jackson Street BBQ has immediately become the best barbecue option in downtown Houston, but it doesn’t yet match the new crop of great barbecue joints in the rest of the city. Let’s see what they can do after the All Star break.