If you live in Austin, chances are you wouldn’t pass by Larrie’s Smokehouse in Bastrop. Billy’s, Cartwright’s and Fittie’s along busy four-lane Highway 71 may be familiar, but Larrie’s sits on the north side of town along tree-lined Highway 95. Coming south from Elgin the sign is hard to miss. Larrie’s occupies the northern quarter of a larger building, the rest of which seems to be empty. Larrie Washington greeted me from behind the meat counter while his wife chatted with the only other customer during a Saturday at lunch time. 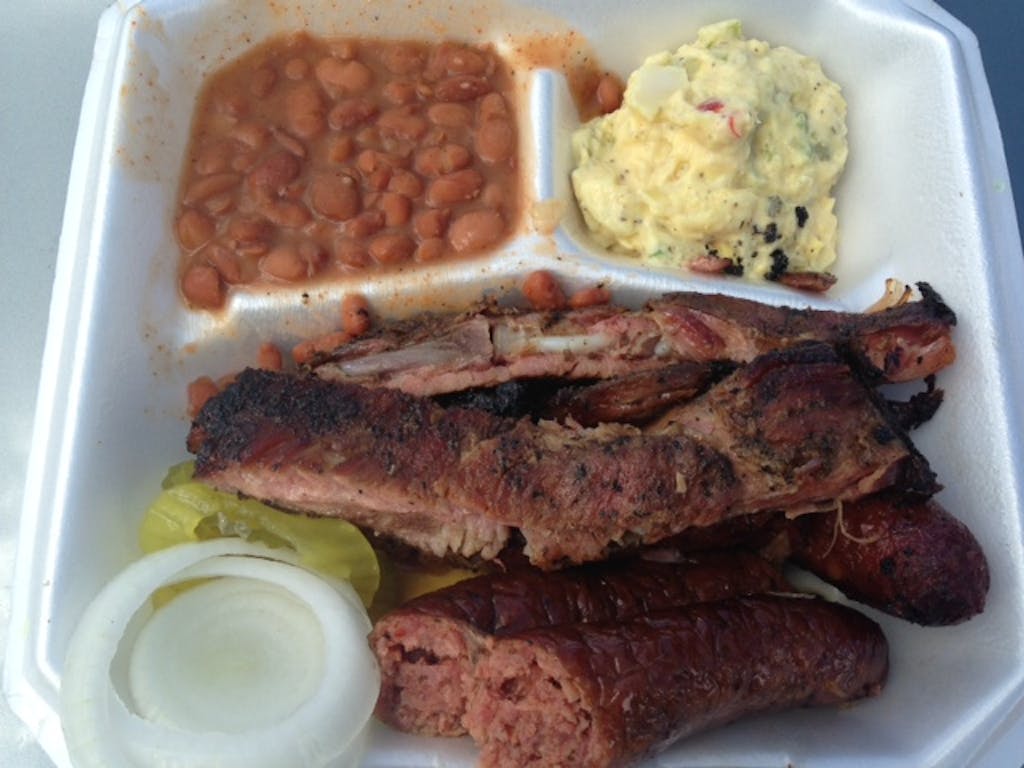 I took my completed order form Larrie over to the register on the other side of the dining room, next to the empty pie carousel, where his wife cheerfully rang me up. The lingering smell of smoke and the feeling of considerable heft in the styrofoam box had me hopeful.

I hungrily ate on my trunk outside. This was my first meal of the day after a long drive from Dallas. The sausage looked most appealing so I took a big bite. The juices came flowing. The links were from Meyer’s in Elgin, but it was fattier than anything I’d eaten at Meyer’s previously. This was sausage that required a few napkins. The beefy filling inside the crispy casing was well seasoned, and there was plenty of smokiness too.

All the juiciness was long gone from the ribs. They’d probably been smoked the day before given how they fell, no, crumbled off the bone. The seasoning and smoke was fine, but they’d lost all integrity. More enjoyable were the sides of pinto beans and homemade potato salad. 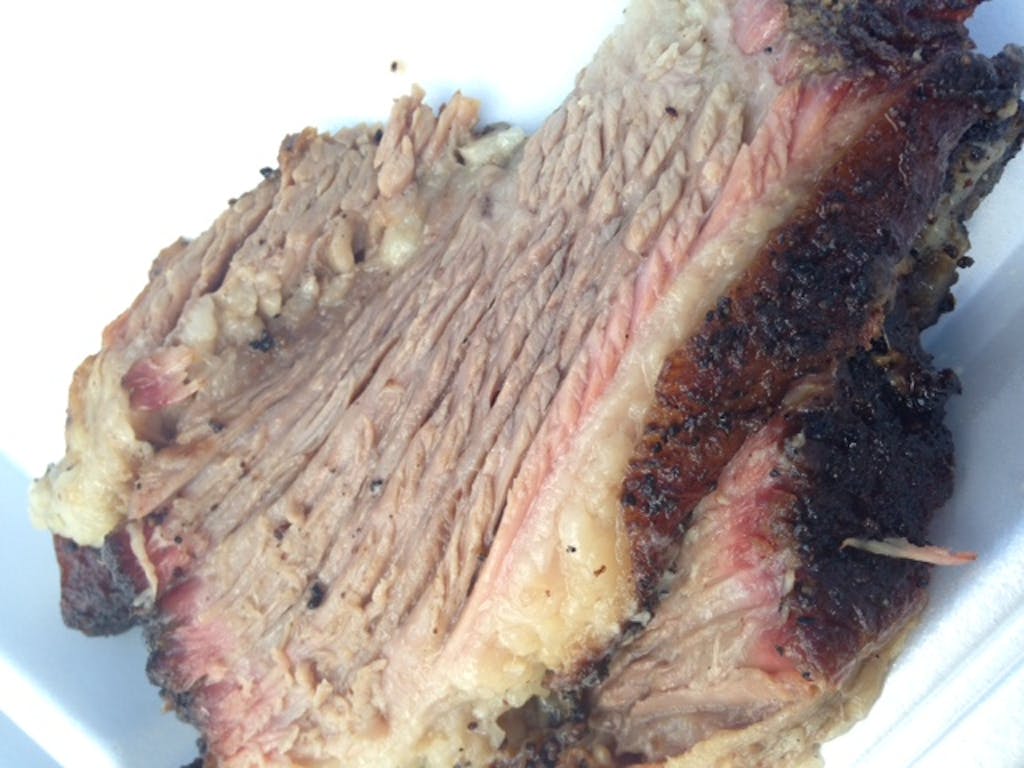 The brisket was in no danger of falling apart. Why a seasoned barbecue man would choose to cut this fine brisket into slices running with the grain, I can’t understand. It was well-seasoned and nicely cooked beef. The fat was more than adequately rendered, and plenty of it was left on too. I can imagine that it could have been buttery tender if he had just sliced it against the grain. Instead it pulled apart into stringy fibers of beef that tasted fine, but lacked the pleasing texture I new it could have had. On the bright side, with the thick fat cap left on these slices, I bet Larrie serves up some mean slices from the flat. That’ll have to wait for the next visit when I can hopefully find some fresh ribs too.