The James Beard Foundation announced its semifinalists for the best chef in Texas, and two pitmasters made the list. Congratulations to Esaul Ramos of 2M Smokehouse in San Antonio and Tootsie Tomanetz of Snow’s BBQ in Lexington.

Sad news out of Smithville:

Micklethwait barbecue announces the closure of its Smithville location. https://t.co/pX6uNl0zL2

Bud Kennedy likes the new Hurtado Barbecue, but he’s sweeter on Goldee’s Barbecue in Fort Worth. He says they’re both helping the area become the “new Austin” for Texas barbecue.

In a recent edition of “Texas Monthly Recommends,” we point you to Grand Prairie on the last Friday of every month for barbecue taco night.

Our taco editor spent some time in Tomball visiting Tejas Chocolate & Barbecue, where he found a chile relleno sausage taco.

Voyage Houston talked to Robin Wong about the challenges of opening and running Blood Bros. BBQ in Houston.

It was a huge year for the “Go Texan” barbecue teams at the World’s Championship BBQ Contest at the Houston Rodeo, especially for the Fayette County Go Texan team that won the grand championship.

The Austin Food & Wine Festival will once again have its Fire Pit event fired up on April 25 and 26, with pitmasters from Austin and beyond doing the cooking.

Talk about putting lipstick on a pig:

SO THIS BBQ JOINT WE LIKED WENT OUT OF BUSINESS but instead of getting a new sign THEY JUST DID THIS TO HIM? I cant stop thinking about it? pic.twitter.com/1Fk76fY6gv

Aaron Franklin visited Uchiba in Dallas for a special brisket ramen night. D.C.-based ramen blogger WillChews was there to offer a review.

WillChews also visited Terry Black’s Barbecue and Pecan Lodge in Dallas and offered his opinions of both.

Things have gotten better for co-owner Carla Snider since the first day at Frëkin Güd BBQ in Bellmead, when she lost the tip of her finger after cutting it then slamming it in a door.

Because everyone, even dogs, love brisket:

In Texas we even have brisket flavored dog food pic.twitter.com/s408H7b8Jr

Kevin Bludso told Tableside about his barbecue journey from Texas to Compton and how it eventually led to a restaurant in Australia.

Terry Folsom of Brenham owns a barbecue pit that’s so long it requires an official escort to haul it down the highway.

Sadler’s Smokehouse in Henderson, home of Pitmaster Ramon(e), has been sold to Hormel Foods for $270 million.

Ed Mitchell’s best BBQ days may be ahead of him, says Gravy:

It's always an honor to work with @southfoodways. But it's beyond an honor to talk about the hard road @EdMitchellsQue has faced in a town I once knew well, for Gravy. (Sorry for the stuffy nose – blame my annual bout of bronchitis.) https://t.co/t3bc5an9u3

Carey Bringle, the Peg Leg Porker, is planning a second barbecue joint in Nashville called Bringle’s Smoking Oasis, and brisket will be on the menu.

225 Magazine assessed the local barbecue options in Baton Rouge, Louisiana, where, “the scene is heavily influenced by nearby Texas.”

The Fusion BBQ Beer Fest website and Instagram account have been shut down after an article questioned whether the event, which was previously selling tickets, was legitimate.

If the brisket looks like that, the sauce must be some sort of magical: 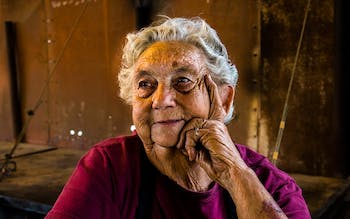 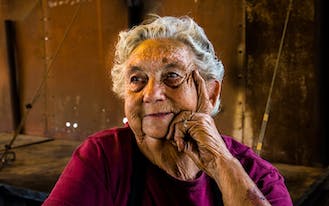