When José Vega made his signature rotisserie chicken in his hometown of Tarimoro, Mexico, he cooked with wood. That’s what he was known for at Pollos la Pullita, a restaurant he opened there in 2005. (It’s named after his son, who goes by the nickname “Pullita.”) After expanding to three locations in the state of Guanajuato, he decided to go international and open a restaurant in the DFW area. His brother, Florencio, who lured him to Arlington, figured it would be easier to open a taqueria like their father ran back home, but José saw too many taquerias around the Dallas area and thought the market was saturated. He was determined to bring his wood-fired chicken to Texas, but it wasn’t going to be easy.

The first time I walked into the Garland location, I immediately noticed the wood burning beneath rods full of spatchcocked chickens. I often visit restaurants that use wood as a cooking fuel, but I’d never seen anything likes this indoor rotisserie with a raging fire, sitting just behind the counter without any enclosure. When the Vega brothers sought a permit for their first location, the city of Arlington had never heard of it either. They brought city officials out to see the rotisserie, which they had built from their own design, but the city denied them a permit. Officials required a third-party certification, like a UL listing, to prove that the rotisserie was safe to operate indoors.

Undeterred, the brothers contacted the CSA Group, a third-party certification company headquartered in Toronto, Canada. Representatives spent three days watching the Vegas cook chicken in their rotisserie. They determined it was safe, wrote a report, and provided a certificate for Pollos la Pullita. Ecstatic, José took the paperwork to Arlington’s permit office. They signed off on it, and after a careful inspection of the rotisserie, the Health Department finally allowed them to open. The emotionally and financially exhausting process took eighteen months, but the Vega brothers had a green light—and a precedent for the permitting of any future locations.

The brothers have since opened restaurants in Fort Worth and Garland, and a spiffed-up version of the concept is coming to Flower Mound later in 2018. It’ll be called Vega’s Cocina y Comida, and will offer full-service dining. “This concept is for American people. Flower Mound is 90 percent white people,” said José, noting that most of his current customers are not. The wood-fired rotisserie will still be the centerpiece in the new restaurant, but the menu will also feature fajitas, enchiladas, chile rellenos, and carne asada.

At Pollos la Pullita, the menu is more focused. They do offer spare ribs from the rotisserie, but they were too chewy for my taste—I’ll stick with the chicken. After the whole birds are split down the breast and splayed out, they’re seasoned heavily with a proprietary blend that Jose calls his adobo seasoning. “Not even my wife knows the recipe,” he says, adding that his sister doesn’t know it either. (She left the business and now runs a competitor in Forest Hill called Pollo Maya using the same wood-fired rotisserie concept.) The chickens are then placed on long steel rods, each carrying a half dozen chickens around the rotisserie.

Depending on the intensity of the flames from the pecan and hickory logs, the chickens take anywhere from 45 to 90 minutes to cook. The skin gets incredibly crisp, and because they’re seasoned on both sides, there’s plenty of salt in every bite. A whole chicken ($17.99) comes with roasted onions and jalapeños, beans, rice, and tortillas. If you come at peak times, you may have to wait for a fresh batch to come off, but count it as a blessing—that’s when the skin is at peak crispness. Besides, then you can watch the dozens of chickens spinning above a crackling wood fire (on a busy Saturday, they’ll cook 400 chickens) or survey the vast selection of salsas, all of which are made in-house.

Pollos la Pullita makes great chicken. They use birds that are a little bigger than those of their better-known competitors, and for a take-home dinner, it’s far better than the dry rotisserie birds you’ll find at the local grocery store. There’s something more, too—I admire an entrepreneur who’s not afraid to challenge the system, especially when it results in more wood-fired cooking. José easily could have used gas instead and saved himself the annual $65,000 wood bill for the Arlington location alone. The scrappiness is evident, from the renovated Wendy’s in Garland to the old Dairy Queen in Fort Worth.

The one thing they could improve is the tortillas, which Vega is working on. The new restaurant in Flower Mound will make its own tortillas in-house, and eventually Vega would like to open a tortillería of his own to supply all of his restaurants. Maybe that’ll be time to get back to his family’s roots and bring Vega’s Tacos to Texas. For now, it’s all about the chicken. 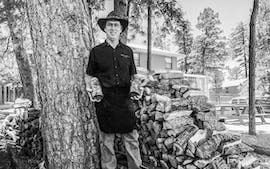 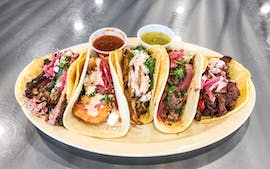 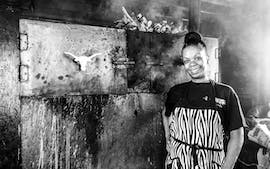 At Lady & the Pit, Look Beyond the Barbecue for a Mouthwatering Meal