December 23, 2008, to February 5, 2009, were the longest six weeks in the history of Smithville, Texas. This setting for the movie “Hope Floats” was full of folks hankering for Zimmerhanzel’s Bar-B-Que, but their purveyors, Bert and Dee Dee Bunte, had called it quits after years of working the pits. After countless kind words of sadness about their closing, they decided to reopen to the relief of many. When we visited, the restaurant was nearly empty minus the furry creatures keeping us company. As we ate we realized that nearly everyone got their meat to go, and most of them were ordering heaps of meat that required large cardboard boxes to carry out the door. By the time we left, there was a line nearly to the door. 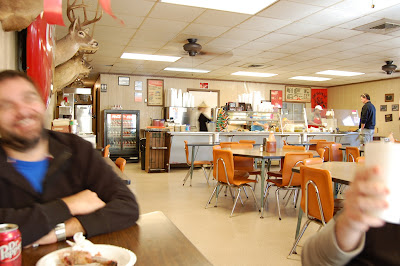 Brisket, ribs, and sausage were once again on the menu for us. Fat dripped from the moist all-beef sausage. Flecks of pepper added a kick to the smokiness, and the texture of this coarsly ground meat and hearty casing was satisfying. The tender moist ribs were huge and meaty. A deep red color ran throughout the smoky meat, which was covered by a dark red crust and a heavy salt and pepper rub. The brisket was also moist and tender with a substantial smoke line and deep smokiness despite a measly crust. This wasn’t a bad bite on the plate. 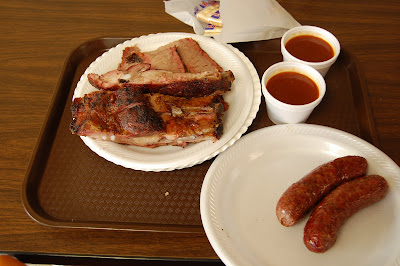 After our meal, I took a look around back at the smokers. Bert then came out and offered to show me around inside where the smaller everyday pits are kept. He refers to the pits outside as his weekend pits as they’re only required on their busiest day, which is Saturday. 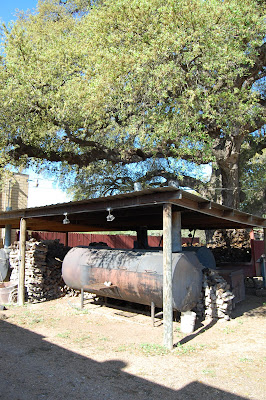 At the end of our experience at Zimmerhanzel’s we realized why everyone had missed it so much and were grateful that it was still around for us to enjoy.