A few minutes ago, I received an e-mail circulated by Bill King, formerly mayor of Kemah and a member of the governor’s Hurricane Ike commission. For FEMAphobes out there, I thought the bureaucratic SNAFU he describes is typical of what a completely screwed-up agency that is. Joe Albaugh, Bush’s chief of staff as governor and his first appointee to head FEMA, told me once that he had warned the president that if FEMA did not report directly to the White House, it would never function as intended due to the bureaucracy at the top of the Department of Homeland Security. Here is a case in point, excerpted from Bill’s e-mail: After the Commission meeting I decided to drive back to Houston through Chambers County and see Ike’s impact on Bolivar peninsula for myself. During the day, [Galveston] County Judge Jim Yarbrough had shared with us that approximately 80% of Bolivar’s 5,300 structures had been destroyed and showed a number of aerial photographs of the damages. However, that briefing did not prepare me for what I saw. The extent of the devastation can not be truly appreciated without seeing it personally. On exiting the ferry, the signs of damage are immediately obvious. But on that far west end, many structures survived. As you drive farther east the extent of the damage worsens. By Gilchrist, which is a little over half way to High Island, it is nearly complete devastation. I counted only eight houses still standing in Gilchrist. Before Hurricane Ike, Rollover Pass (which is the only waterway between the Gulf and East Bay and located in Gilchrist) was a hub of activity on the Bolivar Peninsula. It was a favorite of fishermen with a number of bait camps, docks and “joints.” When I crossed the bridge at Rollover Pass on Friday there was nothing left. In fact, there was hardly any sign that there had ever been anything there. The one encouraging note I have to offer is that in both Galveston and on Bolivar the newer buildings that had been constructed to more rigid building codes appeared to have survived the storm with relatively little damage. All of the homes that survived near Gilchrist were newer structures. As I turned north into Chambers County I saw about a dozen plumes of black smoke on the horizon. Earlier in the day, Chambers County officials had described a bureaucratic dilemma that accounted for these plumes. FEMA will not reimburse local governments for removing debris from private property. If the property owner can push the debris on his/her property to the public right-of-way, FEMA will pay for the removal. The problem is that in Chambers County ranchers and farmers have debris fields that go on for miles. Just moving the debris to a public right-of-way would bankrupt these folks. One Chamber County official told us that he expected to see a good deal of “accidental” fires. And there they were. As you can easily imagine, burning the debris is not helpful with our air quality problems. Much of the debris fields are made up of “treated timber.” Burning treated timber is particularly problematic. Once again, our government agencies are working at cross purposes — FEMA imposing a moronic rule to save an insignificant sum of money and the EPA beating us over the head and shoulders about our air quality. 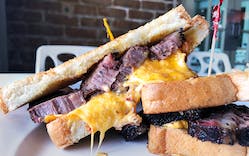 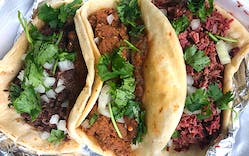