Bryce Gilmore, of Barley Swine, in Austin, and Chris Shepherd, of Underbelly in Houston, were among the eight Texas chefs, writers, and restaurants nominated for a James Beard Award, the highest honor given in the food world. Garden and Gun magazine recently caught up with the two chefs to ask them how they celebrated the news:

Bryce Gilmore, Barley Swine, Austin, TX (Best Chef Southwest): “I was at the restaurant prepping with three of the guys when I received word via text that I was a finalist for Best Chef Southwest. It was about noon. We took a celebratory shot of ‘cooking only’ tequila—this is a beer-and-wine-only establishment, after all—and got back to prep.”

Chris Shepherd, Underbelly, Houston, TX (Best Chef Southwest): “It was a pretty busy Monday, so I ended up going with homemade beef jerky and a glass of Willet Rye when I finally got off.” 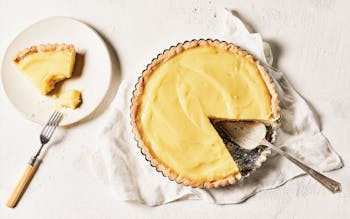