Since the idea that our world may be wiped out today is a little morbid, I figured it was best to take a less cynical approach to covering this apocalyptic occasion. Therefore, I asked a handful of Texas chefs a simple question: If the world were to end today, what would you dine on? Read more to see all the delicious, and sometimes odd, end of the world meals.

“I’d go Rhode Island all the way. It brings back memories of my childhood. This meal is what we would have on the beach after a long day of jumping waves and sunbathing: steamed clams with melted butter, clam cakes and clear chowder, steamed lobster, baked potato, corn on the cob, and for the adult me, a bottle of Willett Rye Whiskey.” – Sonya Cote, chef/owner of Hillside Farmacy. 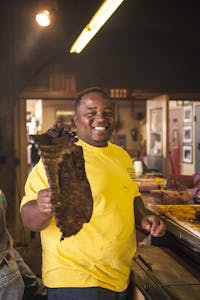 “A bowl of rice for me. Seriously. It has to be a good-quality rice and served right after it’s cooked. A side of soy sauce would be nice.” – Moto Utsonomiya of East Side King.

“South Indian dose with sambar and a few slices of Di Fara’s pizza with a bottle of 1964 and 1968 Bertani Amarone.” – Parind Vora, executive chef of Restaurant Jezebel.

“My last meal would be beef chow fun. It was my favorite dish growing up that my mom, who is Chinese, made. The key is the wide rice noodles. The texture and width of them really makes the dish. Chow fun also includes green onions, bean sprouts, yellow onions, bok choy, and marinated, thinly sliced beef.  The sauce base includes oyster sauce, sugar, ground white pepper, salt, garlic, ginger, and a little soy. I would choose this meal for a variety of reasons. One, it brings back childhood memories and makes me feel at home near my mom when I eat it. Two, it tastes great and I love noodles. Noodles are probably my favorite food other than ice cream.” – Eric Silverstein, owner of The Peached Tortilla.

“In this order, I would eat/drink: a cream soda, white anchovies, Damariscotta oysters, sea urchin roe, crab cakes, an avocado, baguette and butter, Coenobium (Italian white wine), fried chicken with gravy, mashed potatoes and kale, stupid old Burgundy, roquefort, cheesecake with no sauce, double espresso with cream, and calvados. This is just a greatest hits. It’s the end of the world, so I could probably eat a lot without recourse.” – Jesse Griffiths, owner/chef of Dai Due. 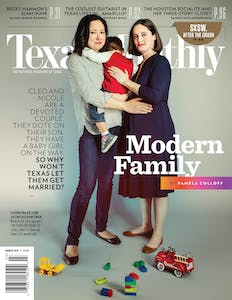 “I would have a surf and turf variety of Eggs Benedict with a Southern twist. The dish would consist of a buttermilk biscuit base, topped with a medium rare tournedo of beef, next a jumbo lump crab cake, and a plump poached egg. Sauce would be a béarnaise and probably a little demi on the plate as well. I would follow up with a tub of Blue Bell Blackberry Cobbler Ice Cream; it’s amazing!” – Brad Turner, senior sous chef at The Carillon.

“Mine would be papas y huevos hervidos con llajua – my favorite food experience I shared with my grandpa in Bolivia. It’s a simple peasant dish: hard boiled potatoes and eggs with llajua. Llajua is a traditional salsa in Bolivia that’s made on a tabletop mortar and pestle. It’s made from tomatoes, perejil, y locoto (jalapeño).” – Plinio Sandalio, executive pastry chef at The Carillon.

“The last dish I would love to enjoy would be fairly typical for my background, but with a mix of the new. A thick ribeye steak, seared on cast iron, with pan-fried home potato fries, blistered jalapeño peppers, salsa ranchera, crumbled queso fresco cheese, and buttered Asparagus. On the side, a crispy beef taco with all the fixings. And a Mexican coke. I’ll be a happy man on the way out.” – Jesse Perez, Arcade Midtown Kitchen’s owner and executive chef. Arcade Midtown Kitchen is opening in 2013 in San Antonio at the Pearl Brewery.

“My last two bottles of wine would be Domaine de la Romanée Conti La Tâche Grand Cru 2008 and Remoissent Le Montrachet Grand Cru 2008. I must have two wines. Both Burgundy. Both Grand Cru. That’s how I go out.” – Chris McFall, sommelier of Paggi House.

“My last me would be three dozen Gulf oysters with horseradish, lemon, and cocktail sauce. Why three dozen, you ask? Because one just isnt enough. I have always loved oysters. People hate on Gulf oysters for not being as clean-tasting as their Atlantic or Pacific cousins, but I enjoy the muddy complex flavors that come from Gulf oysters.” – Matt Marcus, chef of Eatsie Boys.

“Chef Gray Kunz’s braised short rib with grits, Meaux mustard, and fried horseradish. The ingredient list to make the dish is enormous, but the balance and amount of flavor in the final product is out of this world. At Cafe Gray, the pastry team would barter desserts with the line cooks to get a little taste of this amazing entrée.” – Steven Cak, executive pastry chef of Parkside, Olive & June, and Backspace.

“Peanut butter and bruleed banana buttermilk pancakes: a stack of four fluffy buttermilk pancakes layered with creamy peanut butter. The top would be finished with more peanut butter and sliced bananas that are sprinkled with sugar and bruleed. For the finishing touch, it will be drizzled with real maple syrup. Best served with a huge glass of milk. Peanut butter and banana pancakes were my favorite meal growing up as a kid. I could eat pancakes for every meal of the day, and my mom would always make them different ways for me every day.” Devan Gernert of The League Kitchen & Tavern.

“I would have my husband’s homemade meat loaf with mashed potatoes and creamed corn. I have a recipe that is amazing! For dessert, I would make a vanilla cake with raspberry filling, topped with vanilla buttercream frosting and sprinkled with mini chocolate chips.” – Vanessa O’Donnell, Ooh La La Dessert Boutique’s pastry chef/owner.

“This was a tough choice to make! It boiled down to four things for me: New York City street pizza (just cheese), barbecue pork fried rice in Chinatown (New York City), angel hair pasta with homemade marinara and fresh grated Romano cheese, and my dad’s homemade fried wontons with apricot duck sauce. I chose the fried wontons. My dad would make these fried wontons from scratch when I was a boy for cocktail parties and I would help. It is such a basic dish; just flour, water, egg, and salt for the dough and whatever table scraps were around, like beef, pork, chicken sauteed with shallots, scallions, garlic, soy, ginger, and a hint of sesame oil. And the addictive duck sauce.” Cliff Abrahams, director of operations and executive chef at Tony C’s Coal Fired Pizza. 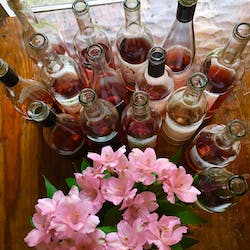 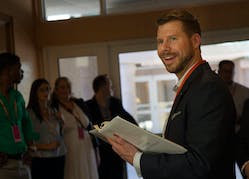 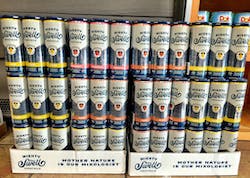