If you’re seeking a longread about Texas oil to curl up with over the long New Year’s weekend, look no further than Lawrence Wright’s latest 8,000-word opus in the January 1, 2018, issue of New Yorker. Titled “The Dark Bounty of Texas Oil,” the piece by the Austin resident and Texas Monthly alumnus surveys the history of the black gold in the state, a natural resource that “has been both a gift and a trap” for the state, Wright opines.

The sprawling piece covers the industry in the state from its inception at Spindletop to the modern fracking boom, ushered in by George Mitchell, “one of Texas’s greatest wildcatters.” Wright takes us from East Texas at the Daisy Bradford No. 3, where when oil was struck in October 1930, “people danced in the black rain, and children painted their faces with oil” to the Permian Basin, with a landscape so dotted with wells that it “looks like graph paper” from the air, to the Barnett Shale, where he witnessed the “dark bounty” of the fracking boom, writing, “It has created enormous wealth for some, and the flood of natural gas has lowered energy costs for many, but it has also despoiled communities and created enduring environmental hazards.”

Wright also delves into how Texas has grappled with the “resource curse” that comes along with great deposits of mineral wealth:

Societies that depend on natural resources tend to have certain inherent problems. The limited concentration of wealth—whether from oil, coal, diamonds, or bauxite—often leads to corruption and authoritarianism. Venezuela, Saudi Arabia, and Louisiana are primary examples. In such a society, the economy rises and falls by a single measure. When the price of oil goes up, the entire Texas economy takes a deep breath. Millionaires blossom like rain lilies. News races through the countryside that the money train is pulling into the station. Hop on board! In places where money comes out of the ground, luck and a willingness to take risks are the main denominators that determine one’s future, not talent or education or hard work. Money that is so easily acquired somehow comes to seem well deserved, because those who have it must be either uniquely perspicacious or divinely favored.

In good times, a kind of forgetfulness falls over the land. It’s easy to make money when the price of oil skyrockets and building cranes loom over the cities like praying mantises and the malls are jammed and you can’t get a dinner reservation. Then the reckoning arrives.

The bust that hit Texas in the late eighties revealed something toxic about the state, Wright finds: “After the boom, Texas was revealed to be a society built on greed and impermanence, a civilization that was here to take, not to give. It was odd, because Texans were always talking about how much they loved the state, but I couldn’t find much evidence of that love.” Wright concludes that a more diversified economy, which Texas is moving towards today, would actually serve the state better than another oil boom. 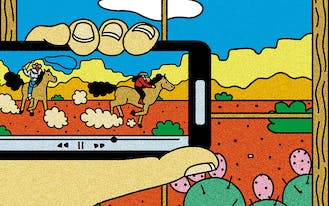 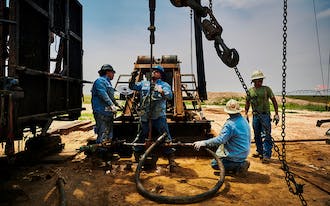