It used to be that the restaurant world held its breath twice a year in late spring: first, when the James Beard Awards were announced, and second, when Food & Wine magazine put out its list of the ten hottest new chefs in the country.

Now every time I turn around, there’s another national list. It’s exhausting! Less than a week ago, I wrote about Eater.com’s list of eighteen best new restaurants after Texas got three (yay!). Then, on Tuesday, Bon Appétit dropped its top fifty (part of the countdown to its top ten in August). Texas also did well on BA’s list of semifinalists, with four places overall: two in Austin (Sour Duck Market and Suerte), one in Houston (Better Luck Tomorrow), and one in San Antonio (Carnitas Lonja). Congratulations to all! And if you’re having a flashback, yes, two of them, Suerte and Lonja, were on last week’s Eater list, which also included Theodore Rex by chef Justin Yu, part of the Better Luck Tomorrow team.

Some would say both BA and Eater are muscling in on Food & Wine’s territory and diluting the impact and prestige of these lists, but that’s another story. What I’m more intrigued by is how they reflect our evolving perceptions and expectations of what makes for a great dining experience. In his introduction, BA editor-at-large Andrew Knowlton (who recently moved to Austin, by the way) wrote about the kind of places he sought out in his nationwide eating journey: “This year I stumbled upon a beachy ramen-ya in Venice; a lakeside retreat with crispy whole flounder; not one but multiple Jewish-style delis reinventing the genre; and bowls upon bowls of Cambodian, Vietnamese, and Japanese noodles.”

In other words, he specifically tooled their list to reflect the way we eat now. A generation ago, people saved their hard-earned money for one big night out and a couple of nice bottles of wine. Now, we dine out more frequently, often at places that serve small plates and craft cocktails.

The default fine-dining cuisine used to be mainly from Western Europe, with France as its north star. Today that base has exploded to encompass Mexican and a multitude of Asian cuisines, plus South American and Middle Eastern—there’s no end in sight. Is the quality the same as when mainly white-tablecloth restaurants ruled the roost? Absolutely. It looks different, tastes different, and IS different, and that’s a good thing. 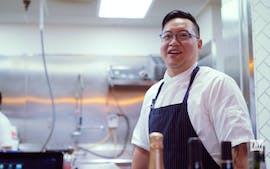 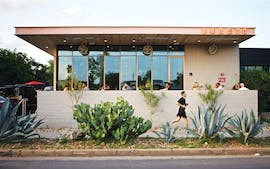 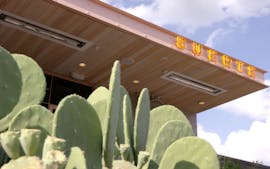 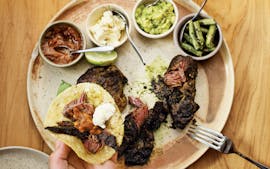