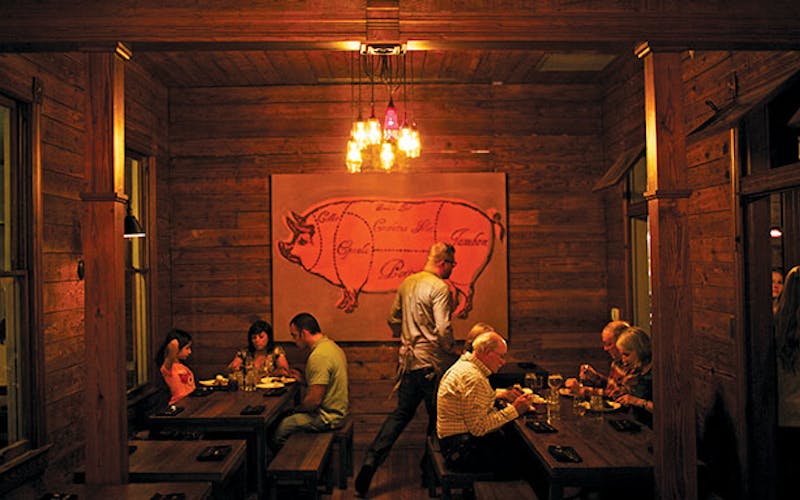 In Texas no one has ever gone broke overestimating the public’s lust for meat, smoke, and beer. Certainly not the Rattray brothers, Alex and Tim, who have combined their talents in a wildly popular brewery, barbecue joint, and restaurant located in a historic house near downtown San Antonio. But while the enterprise’s success as a smoke shack is no surprise, visitors are amazed that the pitmaster turns into a fine-dining chef at night. Even so, smoke remains a constant. It lazes around in the crazy-good combination of pork- and beef-fat drippings and butter you slather on the homemade Texas toast. It sneaks into the pieces of mackerel that cling to the compressed cubes of gingery fried rice. It pumps up rosy-hued duck that has been paired with a brash but brilliant purée of turnips and dates. Smoke is everywhere at the Granary, except, happily, in the buttermilk chess pie, which has quite possibly Texas’s best crust. The Granary ‘Cue & Brew Opened November 14, 2012. 602 Avenue A (210-228-0124). L & D Tue–Sat. $$–$$$