Last month, the science and innovation site Inverse opened its profile of 22-year-old University of Texas senior Sahana Srinivasan with a roll call of science-learning television shows for kids and concluded “People interested in science are diverse; what they see on television is not.”

And indeed, when the Netflix science and math show Brainchild debuted in December, it didn’t go unnoticed that it’s the first time anyone can remember a mainstream educational show built around a young Indian-American host. Already, Srinivasan—a film major who got the part based largely on an audition she recorded in her college apartment—has been receiving fan mail from children and teens excited about finally having someone who looks like them starring in a major television show.

“I’ve been getting messages from children, specifically a lot of young Indian girls, who maybe want to be an actor, but have been discouraged by the lack of representation,” says Srinivasan, who was born in Houston and raised in Dallas. “They tell me that seeing a familiar face is really encouraging. And then there’s also the kids who are writing about their interest in going into science.”

On the National Podcast of Texas, Srinivasan talks about Brainchild’s refusal to talk down to its audience, her burgeoning career as a stand-up comic, and her newfound role as an Indian-American role model.

Some highlights (edited and condensed for clarity):

We’d like to inspire young girls to go into more STEM-related fields because they so often grow up seeing a person who is interested in science or who is a mathematician or engineer represented as a male figure. That’s sort of discouraging and it makes young people think that’s who will get the spotlight in that field. I feel like the show encourages them that there’s definitely a place for young woman to go into those fields. And Brainchild also does a good job of delivering that scientific content in a very entertaining and comedic way to where people are interested in it and want to explore more. I’ve been hearing from parents whose kids are asking them complicated questions about science because it piques their interest.

Growing up, I would see an Indian character in a television show and they would have an accent, or  traditional Indian clothing, or just be a side role. Sometimes it’s someone who’s visiting and everybody has a crush on her. It’s very much like fetishizing the fact that she/he is foreign or making fun of  the accent. In Brainchild, I’m just your older sister talking to you about science, being cool and playing these fun games and stuff. There’s no focus on the fact that I’m Indian, which I feel is relatable, especially to Indian people who grew up in America. Because it’s not accurate that that demographic is always wearing traditional clothing. Although that’s a huge part of our life. That’s not what makes us [who we are]. There’s so much more to my identity than just being an Indian person.

In the end, kids are probably smarter than adults. They’re so creative and they understand a lot. I’m a big fan of not talking down to kids as if they’re dumb, because they’re not. So on the show, we’re doing it in a way that’s very entertaining and hopefully grabs their attention at the same time. And I think the show accomplishes that because we’re not going for the cheaper, easy joke. A lot of it feels like an all-ages kind of show.

On the sudden burst of attention

There are people sending me fan art that their kids have made. That’s something that I didn’t really expect. And it’s really sweet to have specifically that demographic, young children, as fans. Because at that age a person on their screen means so much to them. I’m really proud to be a role model for them. 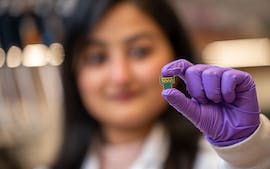 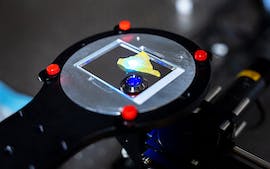