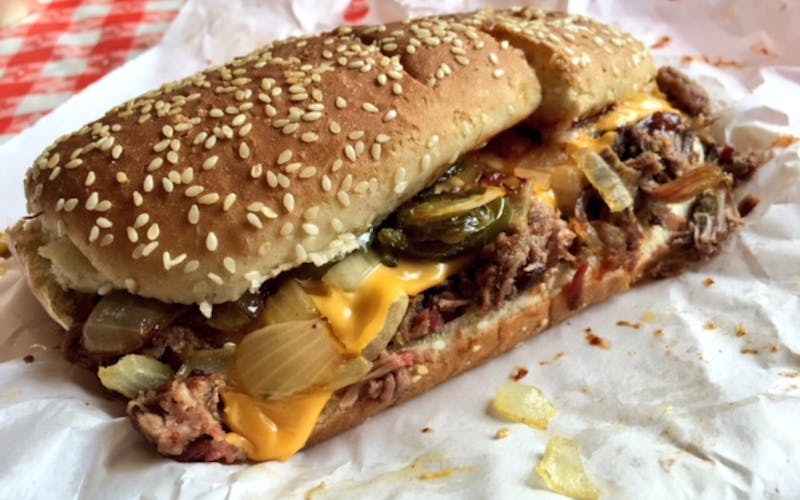 Signs touting the Valera Style Sandwich (VSS, for short) call it “Most likely the best sandwich you’ll ever eat.” It is a great sandwich, and owner Lynn Owens told us he “stole that idea from Arby’s.” In the VSS, they replace the bell peppers with jalapeños, the Swiss with American, the mayo with barbecue sauce (mild or spicy), and the roast beef with brisket or smoked turkey. Really, the only thing that’s the same is the grilled onions and the hoagie roll. Ample melted cheese acted as the spackle that held the overstuffed sandwich together. We opted for chopped brisket with spicy sauce, which brought adequate heat. It was salty, gooey, beefy, and spicy, but not as messy as the description indicated. This was a sandwich you could theoretically enjoy in your car, and also one big enough to share.

Method: Mesquite in a steel smoker