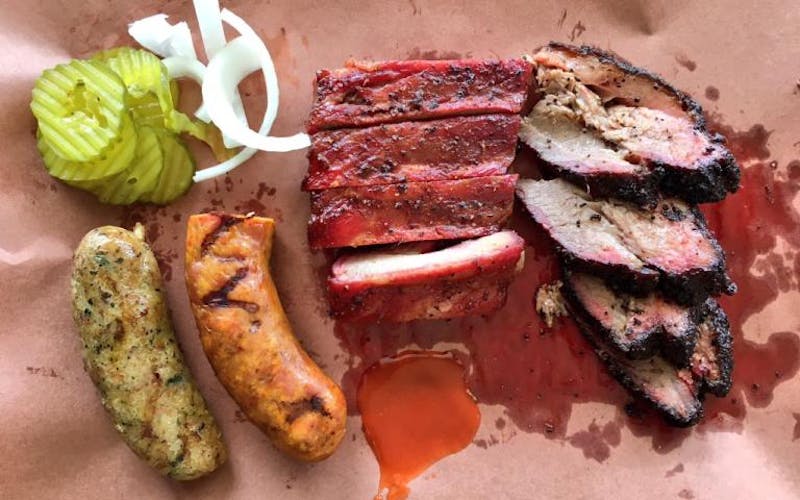 Gabriel and Kasie Ritter share the cooking duties, which is done more by feel than with gauges. With no thermometer to guide him, Gabriel builds a fire specifically for each cut. We trusted him completely after the first bite of brisket.

They recently switched from a Choice grade beef to Prime beef a few months back, and compared to what we’d eaten here last year it was like barbecue from a different restaurant. Lucious fat was suspended between tender beef and a bark that crackled with each bite. He had started me off with fatty brisket, but we asked for a few more slices of lean. It was equally spectacular, even giving the number four barbecue joint in Texas—just ten short miles down the road—a run for its money.