On Thursday, the National Weather Service announced the list of names for 2018 Atlantic Tropical Cyclones: the storms that could—if the circumstances conspire—become hurricanes.

The World Meteorological Organization, which governs the naming convention for hurricanes, has a standard protocol: The names come in alphabetical order, skipping Q, U, X, Y, and Z. (Try to come up with six names of any gender that start with Q.) The names alternate between masculine- and feminine-sounding names, swapping each year: in 2017, “H” was for “Harvey,” so this year, “H” gives us “Helene.” The lists are designed to repeat every six years, although major storms that make landfall get retired. That means that there will never be another Hurricane Harvey, Irma, Maria, or Nate, as those names will be replaced on future lists.

That’s a wide variety of names! The list includes both English and Spanish names, traditional and unconventional–plus an outlier in “Beryl,” which no one born on this side of the Atlantic Ocean has ever been named.

Of course, the members of the World Meteorological Organization don’t determine which storms will be deadly and which ones will peter out harmlessly over the ocean. All storms have the potential to wreak havoc over cities, and just because one has a wimpy name is no reason not to stock up on sandbags, evacuate if instructed, or otherwise prepare for potential destruction. But that hasn’t stopped researchers from investigating whether storms with traditionally female names are more dangerous than storms with traditionally male names, or if people tend to overestimate the strength of masculine-named storms and underestimate the feminine ones. And those questions led us to another: Where would we rank the 2018 hurricane names, from most intimidating to least?

The Ones That Scare Us the Most: Gordon, Helene, Nadine, Rafael

Each of these names is scary in their own way. Gordon probably goes by “Gordo,” even though the nickname has exactly the same number of syllables as the name itself. He presumably spent his childhood turning smaller kids upside down until their lunch money fell out of their pockets. Helene reminds us of Cate Blanchett’s character in Thor: Ragnarok, and she basically decimated the gods of Asgard, so if we were a coastal city, she’d make us batten down the hatches. Nadine is absolutely a biker with an eyepatch who smokes cigars, raises pet snakes, and keeps a switchblade in her boot, and we get really anxious about whether we should call her “ma’am,” or if that’ll just make her madder. We’ll definitely cross the street if we see her coming. Rafael is the real name of Ted Cruz, who we all know may be the Zodiac Killer.

This is all very unscientific, but bear with us–our current working theory is that the more syllables a name has, the more intimidating it sounds with the word “Hurricane” in front of it. (There’s one notable exception, which we’ll get to later.) “Hurricane Katrina” sounds more epic than “Hurricane Kate,” and “Hurricane Alberto,” “Hurricane Ernesto,” and “Hurricane Valerie” all sound scarier than “Hurricane Al,” “Hurricane Ernie,” or “Hurricane Val.” As for Beryl, it sounds like something out of science fiction, which makes sense because it’s more common in this country as the name of a mineral, not a person. Isaac is just a longer version of Ike, and we remember how destructive Ike was. Joyce sounds like she’s not mad at you, she’s just disappointed, and that’s so much worse. Oscar, meanwhile, reminds us of Oscar the Grouch, who’s the toughest muppet, and Patty reminds us of Peppermint Patty, who’s the toughest of Snoopy’s friends.

The Ones We’ll Probably Be Scared of, But the Names Aren’t Helping: Chris, Florence, Leslie, Michael, Tony

Hurricane Chris was a moderately successful Louisiana rapper in the mid-00’s, and we’re sure he’ll have feelings about it if a storm sharing his name makes landfall. Still, having “A Bay Bay” stuck in our heads while a storm bears down isn’t the best way to get us to take it seriously. Florence sounds like she talks about reading auras and her horoscope a lot, and looks at you like you’re the weird one if you don’t take your chakras seriously. Leslie reminds us of Leslie Knope from the much-beloved NBC sitcom Parks & Recreation, and while that show is a comedy, the Amy Poehler character could very well be described as a force of nature. Michael and Tony are very conventional names, so news anchors might have to remind people that they’re hurricanes every time they said them–but at least they’re also the names of famous fictional mobsters.

The Ones That Don’t Scare Us at All: Debby, Kirk, Sara, William

Hurricane Debby drives a minivan, wears a puff-painted sweatshirt, and brings cupcakes with Spider-Man frosting to school—nice lady, but it’s hard to imagine her hurting anybody. “Hurricane Kirk” was almost definitely put on the list because somebody named Kirk at the office of the World Meteorological Organization was retiring and whoever was in charge of coming up with new names decided, “We should give Kirk a hurricane, he’s been here a long time.” Sara is basically in the same boat as Michael and Tony, but the was no “Sara Corleone” or “Sara Soprano,” and Sarah Connor spelled her name with an H, so this one loses points on a technicality. William–despite being a three-syllable name–reminds us of the Prince of England, so it’s the rare case where we’d be more intimidated by Hurricane Will or Hurricane Billy. We’ll still evacuate if instructed to do so, but if we had to pick between facing down Hurricane Gordo or Hurricane Kirk, we’d take on Kirk every time. 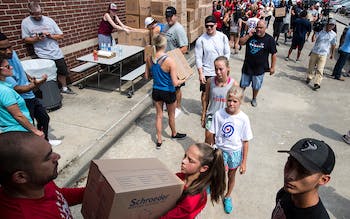 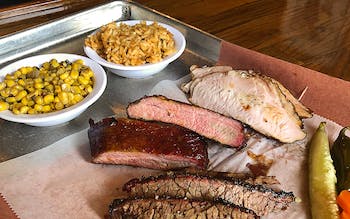