The bathrooms at Buc-ee’s—those clean, spacious, comfortable roadside havens—are the stuff of legend. They are literally award-winning places to do your business when you’re on the go, and now they could get even better.

Technological advancements in public restrooms aren’t exactly booming—they tend to result in incremental, rather than dramatic, improvements. Case in point, Buc-ee’s announced last week that they’re partnering with a company called Tooshlights: technology that tells you if a bathroom is occupied or not. The adorably-named devices are similar to the smart technology that’s popped up in parking garages in recent years—but rather than informing people at a glance whether there’s an open parking space available to them, Tooshlights are positioned outside the door of a bathroom stall to, well, you know.

Are Tooshlights strictly necessary? Probably not. They may reduce some congestion in mega-Buc-ee’s like Katy and Temple, where the company is first introducing them (40 and 39 stalls, respectively).  But generally, people have successfully gleaned this kind of information well before LED lights were introduced to the equation. Remember the days of peering underneath the stall to see if someone else’s feet are down there? And even the longer-than-usual stall doors that Buc-ee’s favors—great for privacy, not so much for spotting people’s feet—were relatively easy to navigate, by displaying a red “occupied” notice on the door when the lock was in use. But asking if a marginal improvement is strictly necessary ignores many of the reasons we do things. Was it strictly necessary to go to the moon? It was not, but humanity is better for it.

Why add Tooshlights to Buc-ee’s bathroom stalls, then? Because it can be done. There could be certain situations in which Tooshlights might be a drawback (say you’re hiding in the bathroom stall from a monster, and the red light gives you away!), but for the most part, this is a slightly more convenient way to determine if a bathroom stall is occupied than peeking underneath, approaching each unit to see what the lock displays, or—heaven forbid—actually knocking on a bathroom stall door behind which someone may well be pooping, like a sociopath. We’ve made it this far without Tooshlights, but can you imagine how much further we can make it now that we have them? Buc-ee can. 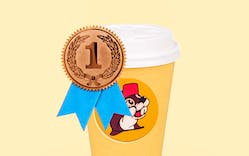 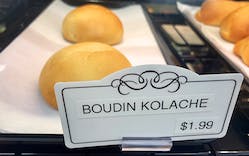 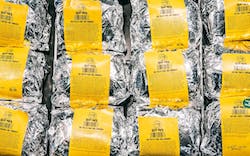 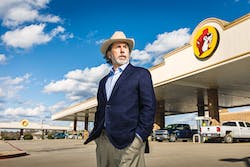