When it comes to judging gas station coffee, most people would probably use the metric of “is it available?” “Potable” might rank as a close second, followed by “reasonably warm” and “not so flecked with unfiltered grounds to be noticeably chewy.” All that matters, really, is that gas station coffee is there when you need it on the road.

But then there’s Buc-ee’s, the Texas pit stop that’s become a destination unto itself simply by caring a little more than is expected. The Mecca-mart built its empire on cleaner-than-average bathrooms and bigger-than-necessary snack selections. Now, and for the third year in a row, it can also lay claim to having the “best gas station coffee” in the country.

Once again, those honors were handed down by the gas station locator app GasBuddy, which says it combed through nearly 2 million reviews from some 150,000 different gas stations to conclude that Buc-ee’s coffee is the best cup you can get at a convenience store in the entire United States. Buc-ee’s closest rivals—the Oklahoma-based QuikTrip and East Coast monolith Wawa—command their own fierce regional followings, and cover far more states. Still, according to GasBuddy, more people consistently praise Buc-ee’s coffee.

Is it the best in the nation? I’m asking not because I think it’s bad. From my purely inexpert assessment, Buc-ee’s coffee is… fine. The times I’ve sampled it personally, the coffee has always been fresh, somewhere between warm and scalding, and—as a bonus—it’s never had that sickly, burnt-metallic smell so common to neglected pots. These are little victories, welcome in how unremarkable they are, and at the time I was grateful for one less thing to be frustrated with on I-35. Yet I’ve never exactly longed for Buc-ee’s coffee, or went out of my way to get it if I didn’t also need gas or a bathroom break.

After looking at the various online opinions of Buc-ee’s—of which there are a lot—it looks as though my experience is fairly universal. On Yelp, Reddit, and the like, you’ll find scores of Buc-ee’s fans waxing downright poetic about their love for its fudge and Beaver Nuggets, giving seasoned travelers’ advice on what to buy at the Willy Wonka-esque abattoir that is the jerky counter, debating the finer points of the sliced brisket sandwich versus the pastrami Reuben. But the coffee’s never mentioned with quite the same fervor. “Their coffee is pretty decent for a gas station,” reads one account. “Their coffee is good, if that’s your thing,” offers one libertine. Even the GasBuddy reviews themselves barely go beyond “good” and “fresh,” while their rating system involves picking one of three reaction faces from a choice of delight, apathy, or nauseated rage.

If there’s anything truly special about Buc-ee’s coffee, it’s the vast creamer selection—a battle station of brand-name stir-ins boasting a rainbow of candy-coated flavors, abetted by an army of syrups, chocolate sprinkles, and whipped creams. Guests are turned loose without supervision or shame, allowed to concoct whatever wild pileups of Almond Joy and amaretto slurries their imaginations will allow. With 99-cent refills on any size mug, and no barista whose eyes you’re forced to meet, Buc-ee’s provides a Starbucks alternative that’s far easier on the wallet and your dignity. And that counts for something.

But is the coffee itself any good, somewhere beneath all the frosting? Buc-ee’s certainly seems to think so. Earlier this summer, it began selling its house and dark roast blends in take-home packs of grounds and K-cups, offering them through Amazon for Texas ex-pats and otherwise curious people. (“Believe it or not this is some of the best tasting and smoothest coffee I’ve had,” reads the sole review, already on the defensive.) Out in Lake Jackson, there’s even a Buc-ee’s Beanery—a separate, dedicated coffeehouse where you can get a professionally steamed cappuccino (then sneak off to pump Cinnabon syrup into it yourself, presumably). Coffee has become but one more pillar of the franchise’s ever-expanding ambitions, and its newly reaffirmed national standing will surely only accelerate that.

Still, as with many other things about the Buc-ee’s marketing apparatus, I suspect that you can attribute much of its reputation to regional self-regard—our delightful insistence that everything is just a little better here, simply by virtue of it being Texan. Our unconditional love for the state means defending it against all contenders, however petty the challenge, whether that means loudly praising Shiner Bock as the nation’s best beer (demonstrably false) or Whataburger as America’s finest fast food (unquestionably true).

Why should our love for a convenience store be any different then? Or any quieter? Besides, in a state so diverse and frequently divided on opinion, it’s heartening that we can all rally around something so unexceptional as gas station coffee, that we can take pride in these small, shared things together. Whether it’s actually any good is beside the point. 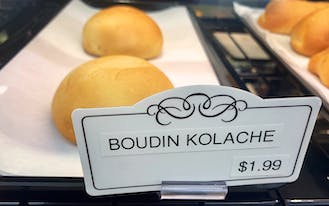 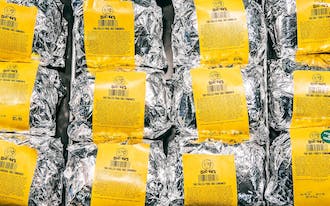 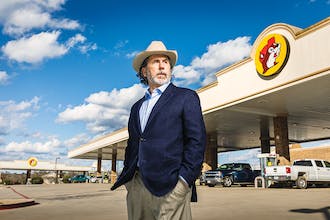 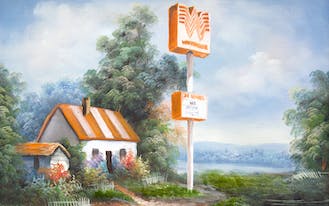