For a few years now, some country fans have been describing Cody Johnson—a former amateur bull rider who began releasing albums while working as a prison guard in Huntsville—with four words that border on blasphemous: the new George Strait. There’s no debating, though, that the 32-year-old Sebastopol, Texas, native is the new king of the Houston Rodeo, where, in 2017, he made his debut as a last-minute replacement, just as Strait did in 1983. At the rodeo the following year, he became the first unsigned artist to sell out NRG Stadium. By then, thanks to ten years of touring and a sturdy, nineties-leaning country sound, Johnson had landed two self-released albums on the charts. He sold out the rodeo this March too, soon after Ain’t Nothin’ to It—his first album with Warner Music Nashville—debuted at the top of the Billboard country albums chart. In August he will play Houston’s Toyota Center as well as Gillette Stadium, near Boston, where he’ll open for Strait himself.

Texas Monthly: You’ve ended all three Houston Rodeo shows by mounting a horse to take a victory lap around the stadium. What’s going through your head on those rides?

TM: Earlier in the night you performed “Doubt Me Now,” a song from the new album, which reads like a middle finger to those who probably couldn’t imagine a time you’d be singing it in front of 74,000 people.

CJ: It’s a very diplomatic middle finger. For me, the doubters would be the ones who told me that to get a record deal or be successful outside of Texas, I’d need to cut my hair, take my cowboy hat off, and change my sound. It isn’t really any one person that I’m singing that song to. It’s more directed at the circumstances I’ve overcome.

TM: Can you pinpoint a real turning point in your career?

CJ: It was gradual, but I started seeing success when I got out of the way of myself and said, “All right, God, I’m going to mention your name every night onstage, and I’m going to try to do things in my life that better myself as a husband, as a father, as a leader, as a business owner, as a musician, as a singer, a songwriter.” The moment I started thinking like that, it all changed.

TM: From a business perspective, the turning point looks like the deal [signed in 2018] with Warner Nashville. You were able to maintain full creative control, your publishing rights, and ownership of your master recordings.

CJ: Exactly. My deal was always this: I’m not willing to give somebody a piece of a pie that they didn’t help me make, so I’m not going to let them have publishing. I have my own publishing company. I’m on a record label that we’ve worked hard to create, so I want it in front of whatever other label we’d partner with.

TM: Your past careers as a bull rider and prison guard carried a lot more practical risks than the ups and downs of the music business.

CJ: There’s always a physical risk walking into a penitentiary, a chance that something bad is going to happen. There are moments where you think, “Am I going to go home today?” And I’ve gotten mangled up pretty bad in the bull riding arena. It’s scary, but I think fear is good fuel if you allow it to be. If you can keep your composure, whether it’s riding a bull or playing in front of 74,000 people for the first time, you take that risk and the fear that comes with it, and you manufacture it into confidence. Not arrogance but confidence.

TM: Baked into so much of the modern Texas country scene is a skepticism or outright rejection of Nashville. Why don’t you have that?

CJ: Because I think it’s dumb. Willie Nelson and Waylon Jennings did get kicked out of Nashville, so they had a reason to say “Screw Nashville.” But Lyle Lovett doesn’t say it. Robert Earl Keen and Jerry Jeff Walker never said it. And then later on down the line, artists from Texas with that rebel outlook went to Nashville, made poor management decisions, made poor business decisions, signed deals that they shouldn’t have signed, and got a bad taste in their mouth.

TM: I imagine that because of the radio play you’re getting now, there are fans who don’t know about the twelve-year grind it took to get here. I assume that’s okay with you?

CJ: One of my favorite things to do at shows is to ask the crowd how many first-timers we have. And ever since this deal [with Warner], more than half the crowd, even in Texas, raise their hands. To me, that speaks to the power of the way we’ve done it. By not saying “Screw radio” or “Screw Nashville” and by sticking to our guns, we made it to here. And people are finding out about our music because it was played on the radio. To me, that means I’ve got another job to do, and that is to uphold my work ethic and maintain my look, my sound, and everything about my music. My job is to not change. I owe that to the people who have gotten me here.

TM: It feels like a lot of Texas guys fall squarely into the Willie Nelson or George Strait camp, and you’re Team Strait.

CJ: It might look like that, but there is not an artist in the history of my 32 years on this earth that has ever influenced me as much as Willie Nelson. Willie Nelson can play any kind of music he wants, and he’s still Willie Nelson. The George Strait type of traditional country music is what I like, and that’s what I stand for. But at the same time, Willie Nelson’s unwillingness to waver on who he is means just as much.

TM: What about people who compare you to Strait? Are we making too much of that?

CJ: If somebody wants to say I’m the next George Strait, don’t ever think I don’t understand the gravity of that compliment and that I don’t appreciate it. However, I am in no way trying to pursue the title. He didn’t set out to be the next someone either. He just kept being himself. That’s the takeaway.

This article originally appeared in the August 2019 issue of Texas Monthly with the headline “Strait Talk.” Subscribe today. 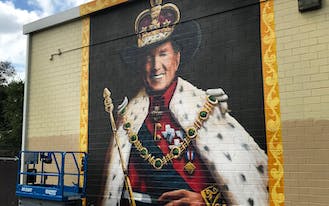 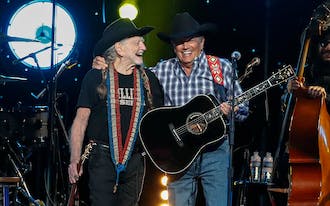 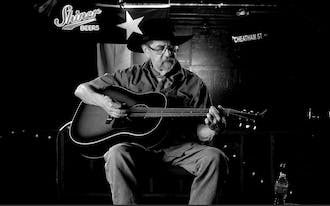 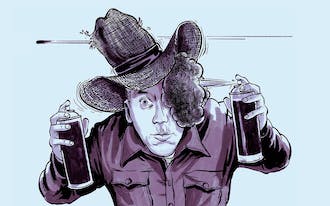 The Texanist: What’s With All the Cheap-Looking Black-Painted Cowboy Hats?