How is it that Ethan Hawke and Matthew McConaughey have only ever appeared together in one movie, more than twenty years ago? (It was 1998’s The Newton Boys.) They’re both Texas-born actors in their late forties with leading-man good looks who owe some measure of their success to repeated collaborations with Austin filmmaker Richard Linklater.

Both also have sometimes accepted paycheck-cashing roles in bad films that have somewhat depressed their maximum movie-star potential. But McConaughey pulled off the fabled “McConaissance” of 2011–14, during which he parlayed a string of respectable lead roles and outstanding supporting parts—starting with The Lincoln Lawyer, continuing with Bernie, Magic Mike, and The Wolf of Wall Street—into widespread praise, a Best Actor Oscar for Dallas Buyers Club, and an all-time-great performance in HBO’s first season of True Detective.

Hawke, meanwhile, hasn’t enjoyed the same kind of spotlight (though he hasn’t needed one quite so badly either). He’s balanced his choices to appear in schlocky thrillers like Getaway and 24 Hours to Live, as well as commercially successful horror flicks like Sinister and The Purge, with critically beloved work in Training Day and Boyhood. Though he’s still never taken home an Academy Award, he is a four-time nominee—twice for acting in Boyhood and Training Day, twice for co-writing Linklater’s Before Sunset and Before Midnight. And over the past year, his batting average has gone way up. He was widely considered to have been snubbed for an Oscar for his role in First Reformed—he swept nearly all the major critics’ prizes—while Blaze, which he directed and co-wrote, currently enjoys a 95 percent Rotten Tomatoes score.

Stockholm, released this month, is another example of the Hawkaissance (The Hawkening?) in action. Helmed by Robert Budreau (who also directed Hawke in the Chet Baker biopic Born to Be Blue), the film is a crime thriller/comedy that tells a fictionalized version of the 1973 Normalmstorg bank robbery from which the term “Stockholm Syndrome” originates. Hawke plays American-raised Swedish bank robber Kaj Hansson with a combination of madcap bravado and deep neurosis and insecurity. He hoots and hollers, casting threats and shouting “Remember the Alamo!” while also making clear with every nervous tic that he’s improvising each decision he makes. Hawke’s hallmark as a performer has often been a certain vulnerability that he brings to characters who should be tougher, more authoritative, cooler, or bolder. You can see it in Troy from Reality Bites, or Jesse in the Before trilogy. It was the defining characteristic of his PTSD-afflicted lawman in the 2016 remake of The Magnificent Seven and was at the core of his role as a priest convinced he must send a message to his flock about climate change in First Reformed.

It’s unlikely that Stockholm is going to get much awards consideration—it’s coming out early in the year, distributor Smith Global Media (founded by Will Smith’s brother) hasn’t established awards-season cred, and the movie itself is uneven, despite how good Hawke is—but it adds another impressive clip to his reel. The flashy braggadocio of a bank robber who makes a cop sing Bob Dylan songs, gets the women he’s holding hostage to fall for him, and wears a leather motorcycle jacket with a Texas flag on the back (where can we buy one, by the way?) gets balanced by moments of genuine pain and weariness. There’s plenty of fun and games in Stockholm, but Hawke never sacrifices the character’s heart for his charisma. Most actors would, because it’s more fun to play a swaggering badass as a swaggering badass than it is to play him as a wounded man-child.

Stockholm is Hawke’s latest, but it’s just one of a handful of his films slated for release in 2019. He already played Pat Garrett in the western The Kid in March, and his Adopt a Highway—which reunited him with Sinister/The Purge (and Stockholm) producer Jason Blum—was well received at SXSW. He looks to have a supporting role in RZA’s Hurricane Katrina heist film Cut Throat City and another in occasional collaborator Michael Almereyda’s forthcoming Tonight at Noon. Yet the most significant project on Hawke’s calendar might appear on a smaller screen. Last month he agreed to star as abolitionist John Brown in Showtime’s The Good Lord Bird, an adaptation of James McBride’s National Book Award–winning novel. That’s the sort of prestige project that might force audiences to recognize that the Hawkaissance has been under way for a while now. When they do, Stockholm will present a compelling argument for how good he’s been during this run. 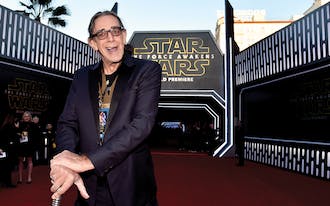 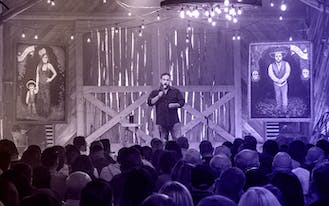