In the early eighties, a family rolling down Interstate 35 between Georgetown and San Antonio would have confronted a string of uniquely Texan tourist attractions. Over the years, Wonder World, Inner Space Cavern, the Snake Farm, and Ralph the Swimming Pig at Aquarena Springs probably pried millions of dollars from the hands of road-weary parents pestered by their carsick kids. Schlitterbahn, the German-themed water park overlooking the Comal River, in New Braunfels, seemed like just another attraction on this highway of homespun entertainment.

But over the past fifteen years, Schlitterbahn has left its fellow I-35 attractions in the dust. Today its parent company operates five parks, hosts 2 million annual visitors, employs 500 full-time and 4,500 seasonal workers, and holds more than sixty patents on ride designs and water park technology. In 2013 attendance at the top twenty water parks in the United States fell by 2.3 percent from the year before, according to Aecom Technology Corporation and the Themed Entertainment Association. During that same period, attendance at Schlitterbahn’s flagship park—which has the highest of any water park in the country outside Orlando, Florida—rose by 1 percent. “The brand is so strong that there’s probably not a week that goes by that we don’t receive a solicitation to open a new park,” says Gary Henry, the oldest of the three siblings who run the company.

Schlitterbahn’s growth was built on the success of its New Braunfels location, which benefits from a long season of warm weather and its proximity to the fast-growing cities of Austin and San Antonio. But the Henry family has also succeeded because of Schlitterbahn’s unique ride designs and a family-oriented focus. “They are good at marketing and understanding what their customers are interested in,” says David Sangree, the president of Hotel & Leisure Advisors, a hospitality industry consultant.

While the Henrys don’t disclose revenue figures, the New Braunfels park is the single biggest driver of the town’s $500 million annual tourism business. “It’s huge for us,” says Michael Meek, the president of the chamber of commerce. “Our rivers are our brand, and Schlitterbahn is the attraction.” Corpus Christi’s leaders seem to share that enthusiasm. Three years ago the city offered Schlitterbahn and its partners $117 million in incentives to build a park there. “Municipalities have embraced us,” Gary says. “They realize the benefit of the tourism dollars.”

Incentive packages like the one offered by Corpus help keep the company’s costs down, as does the fact that all the design work is done in-house by Gary’s younger brother, Jeff, a self-taught savant of water park design who learned the business as a teenager by building rides with his father.

Schlitterbahn began in 1966 as a classic mom-and-pop business. At the time, Oklahoma natives Bob and Billye Henry were living in Houston, where Bob worked as an accountant. He wanted to start his own business, and he and Billye wanted to raise their children in a smaller town. Thumbing through the newspaper, Billye spotted a For Sale ad for the Landa Resort, a group of 34 screened cabins along the Comal. The Henrys bought the property and a year later built a tube slide that dumped guests into the river. A few years later, after studying water parks in Florida, they realized they could adapt the concept to the resort. The Henrys snapped up the property next door and opened the four-slide Schlitterbahn in 1979, giving it a German-sounding name (loose translation: “slippery road”) to reflect New Braunfels’s heritage.

Schlitterbahn’s singular appeal was the river. Novices to the water park concept when they started, the Henrys wanted to blend the Texas river-tubing tradition—many Schlitterbahn rides require the use of an inner tube—with the excitement of an amusement park. Unlike other water parks, which use chlorinated water, the original Schlitterbahn uses river water, which has a greenish, more natural look. “We took what the natural rivers were doing and we juiced it up by creating more rapids and acceleration points,” says Gary, whose graying beard, fishing shirt, and well-worn Top-Siders give him the appearance of having just wandered in from a Jimmy Buffett concert. And while admission costs at Schlitterbahn are comparable to that of many water parks, the company has otherwise opted for a laid-back Hill Country feel: it doesn’t charge rental fees for inner tubes or life jackets, and families can bring food and drinks from home and use the park’s picnic areas rather than spend money at the restaurants. Even parking is free.

Few water parks have followed Schlitterbahn’s example of making so many things complimentary, but they have paid attention to the Henrys’ other innovations. In the early seventies, Jeff, then sixteen, became concerned that guests were hitting the water too hard at the end of the original slide. So he developed a dip for the bottom, known as a water brake, to slow them down. Water brakes are now standard features at parks worldwide. Later, he added urethane-coated foam bumpers and pads to fiberglass slides to ease the impact on riders and reduce accidents, and he patented his designs.

For years, the model for water parks was Wet ’n Wild, which was basically Six Flags with water—flat, full of concrete, with towering water slides that lasted a minute or two. Jeff, by contrast, devised jets for the tube rides that mimicked tidal action and he incorporated natural terrain into his designs, coming up with the notion of “Transportainment,” in which a river ride becomes the easiest means for getting around the park—a continuous loop that visitors never have to leave if they don’t want to. No one had done these things before, and Jeff’s separately incorporated company, Schlitterbahn Development Group, sold his designs to other parks, including Wet ’n Wild and Disney. (He was also a consultant on those Hyatt Resort “lazy rivers” you may have spent some time on.)

In 1989 Bob and Billye retired and handed over the company to their sons and daughter, Jana. Two years later the family bought Camp Warnecke, a 25-acre site just up the river from the original park, and turned it into a separate wing of Schlitterbahn that customers could reach by a free shuttle. Attendance at the original park had been rising steadily, and the Henrys needed more space to accommodate the growing crowds. Besides, Jeff wanted a place to test a new design—what would become the Boogie Bahn, the first man-made bodyboarding ride. Schlitterbahn East (which, unlike its sister park, uses chlorinated water) opened in 1991, starting with the Surfenburg section, which included the Kristal River tube ride and the Boogie Bahn. The Blastenhoff Beach section opened five years later and featured the six-story Master Blaster uphill water coaster, another of Jeff’s patented inventions.

With the success of Schlitterbahn East, the Henrys were ready to expand outside New Braunfels. “We were young enough that we still had a lot of drive and creative juices,” Gary says. “We knew we had a unique product in the water park industry.”

In 2001 Schlitterbahn opened a second location, on South Padre Island. The Henrys had long been interested in the coast as a possible water park site, and South Padre, with its heavy tourist traffic, seemed a logical locale. After that, the family agreed that rather than sell Jeff’s ideas to outsiders, they would use them to drive their own expansion efforts. The Galveston park opened in 2006, a park in Kansas City, Kansas—the first Schlitterbahn outside Texas—went online in 2009, and in 2014 the first phase of the Corpus Christi park opened. Negotiations for a park in Fort Lauderdale, Florida are ongoing.

But the expansion hasn’t always gone smoothly. Last year’s debut of the Verrückt (German for “insane”) slide in Kansas City was delayed several times as crews tested a troublesome conveyor belt on the seventeen-story ride, which the Guinness World Records has deemed the tallest water slide on earth. The ride, which can reach speeds of 50 miles an hour, finally opened in mid-July, about two months late. The opening of the Galveston park was delayed for months because of a fire and supply disruptions caused by Hurricane Rita. The Corpus Christi park opened its first phase last year, but the company had fallen behind on the timetable it promised the city as a condition of the incentives and failed to pay its contractor on time. The city granted an extension on the incentive package in February, and that same month the Henrys settled a lawsuit the contractor had brought against them. Gary blames the problem on a decision to expand the park design—it will now include a ninety-room hotel and two restaurants—after construction began. “The scope of the project doubled,” he says. Originally slated to open for this year’s spring break, the park’s second phase probably won’t be ready before summer.

Another challenge to Schlitterbahn’s business, though, is out of its hands. “We’re like farmers—we’re dependent on the weather,” Gary says. Unlike farmers, the Henrys would prefer hot, dry summers. Rain, hurricanes, and floods put a damper on attendance. “A drought doesn’t bother me,” he adds.

There’s something ironic about building water parks during a period when Texas has been thirsty for rain; when Corpus Christi approved Schlitterbahn’s proposal, residents were facing restrictions on watering their lawns. But the company has developed a system of recycling water, which radically reduces consumption. Schlitterbahn doesn’t make its water-use figures public, but Jeff told the Corpus Christi Caller-Times that filling a park for the first time takes about 2.5 million gallons. A study by Hotel & Leisure Advisors found that a park like Schlitterbahn filters, treats, and reuses as much as 98 percent of the water in its system, resulting in far less daily consumption—once the initial water investment is made—than a typical golf course, or even some residential homes.

A bigger challenge than drought and construction complications looms for Schlitterbahn, though. The second generation of Henrys, who have run the company for almost 25 years, are inching closer to retirement themselves (Gary is 61, Jeff is 59, and Jana, who handles retail, is 58). Several of their children, who range in age from their teens to their thirties, are already involved in multiple aspects of the company, from marketing to management to construction. But just 10 percent of family businesses in the U.S. survive under the third generation of executives, who often lose sight of the core business idea, expand too quickly, diversify too much, or simply make bad decisions as they try to live up to the family legacy. And as more members have a say in how the company is run, in-fighting can begin. That’s a slippery road the Henrys would like to avoid. 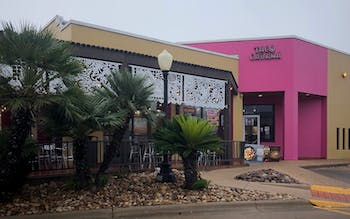