Kelly Clarkson Angles for “Since You Been Ron” to be Ron Paul Campaign Song
Kelly Clarkson’s Twitter endorsement of fellow Texan Ron Paul is the best thing to happen to her since a public denouncement of record mogul Clive Davis, in 2007, cloaked her career in temporary darkness. Sales of her middling album Stronger have skyrocketed since publicly backing Paul. “Our supporters went out and bumped up her sales by 600%,” the Los Angles Times reported Paul as saying at a high school in Iowa, although Entertainment Weekly chalks the spike up to Clarkson’s likeness to a certain British soul singer whose album was a popular Christmas gift.

Regardless, the good has not come without the bad, the Huffington Post recaps. In response to one fan who accused the American Idol of backing a homophobe, Clarkson wrote, “I support gay rights, straight rights, women’s rights, men’s rights, white/black/purple/orange rights. I like Ron Paul because he believes in less government and letting the people (all of us) make the decisions and mold our country.”
Bouncing Boobs Dennis Rodman and Spud Webb Are Out of Bounds
Dennis Rodman, the perpetually beleaguered former NBA star, is nicknamed “The Worm.” The name applies to his slinky game on the court, but it probably also has something to do with his wanting to start a topless women’s basketball team, the New York Post‘s Page Six reported. “The concept sounds incredibly painful,” Torie Bosch said in Slate. Were it for Rodman’s moral turpitude alone, and not the added awareness of knowing that fellow Texan Spud Webb is in the same game of bouncy-bounce, Evan Smith of the Texas Tribune might not have bestowed on this charade one of the state’s highest dubious honors.Adrian Peterson, Blue Bell Ice Cream’s Unwitting Poster Boy
Even the players who have to tackle Adrian Peterson, the bruising NFL running back, were bummed that the phenom had to have surgery for the worst injury known to football players: a torn ACL. But Peterson wasn’t going to let a hospital stay ruin his New Year’s Eve, as this photo he tweeted shows.

Seemingly innocuous, it stirred a debate about whether Peterson deserves to eat the best ice cream in the country. In the comments section of the Houston Chronicle‘s Celebrity Buzz blog, WCWELCHIV wrote, “He’s playing the ‘Texas’ card when it comes to ice cream, but this native born Texan, rather than play for UT, A&M, TT, or some other Texas team, crossed the border to play for the Oklahoma University land-thieves. You can’t claim Texas pride when you play for a team that thrives solely by stealing native-born Texas talent.”
Prolific Thief Claims Jamie Foxx and His Skanks Stole from Him
TMZ is reporting that Shamont Lyle Sapp, a bank robber from Oklahoma, is suing Jamie Foxx and Tyler Perry who are both starring in the drag-queen comedy The Skank Robbers. While it’s well established that the movie is based on Foxx’s Wanda, Perry’s Madea, and Martin Lawrence’s Sheneneh, Sapp claims he gave Foxx and Perry the idea that a white mental patient should abduct Madea.

“I think it goes without saying that I would much rather see this guy’s movie,” offers Film Drunk‘s Vince Mancini in his chronicle of the long-delayed production with the well-timed, publicity-drawing lawsuit. “I’d love to see a studio finance a whole series of prisoners’ elaborate kill fantasies.”

“Neon” Deion Sanders Blinds His Wife with Divorce Talk
“Reports are 100% inaccurate of me being with a 19-year-old woman,” Deion Sanders told the Crazy Azz Morning Show on K104 FM in a revealing “first and last” interview in which he compares his divorce with Kobe Bryant’s. “That is flat-out ignorant. They tried to extort me.”

The split between the Cowboys Hall of Famer and his wife, Pilar, has been a he-said she-said since TMZ broke the news to Pilar that Deion was divorcing her. So far, the most salacious chapter in the soap opera came on December 28 when a Twitter barrage involving Deiondra Sanders (@DeiondraSanders), Deion’s daughter (in case the first name didn’t give it away), elicited one-liners like this show-and-tell: “#HowYouDidntKnow but yo boxes have been packed for weeks now #RealTalk lockerz.com/s/169285016.” 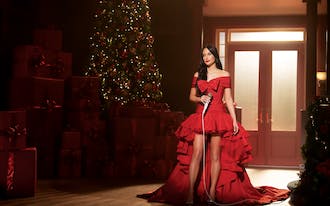 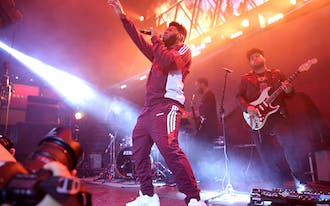 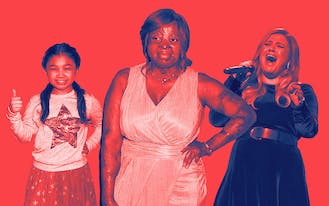 The Best Thing In Texas: Kelly Clarkson Singing With The Survivor of a Plane Crash