If downtown Austin smelled like barbecue on October 30, you have the TMBBQ Fest to thank. Joints from locales as far-flung as Amarillo and Paris, France (yes, France), served up the best brisket, ribs, and sausage in the world to a throng of hungry guests. The annual affair has become one of the highlights of our year and many a barbecue hound’s too—check out #tmbbqfest for reactions and pics—but 2017 holds big plans for our meaty franchise. Our fearless crew, headed by barbecue editor Daniel Vaughn and executive editor Patricia Sharpe, has begun searching for and assessing the very best ’cue our state has to offer (the findings are slated to be published next summer). And that means a new crop of pitmasters will have the chance to attend next year’s festival. We hope to see you there.

Pandemonium broke out in the Kroger store shortly after my seeing the cover of Texas Monthly [“The Iconoclast”]. I am a patient who has had a complete response to immunotherapy after progression with “burn and poison.” The man on the cover was immediately recognized as my cancer rock star. I snatched the magazine off the shelf, held it up over my head, and shrieked at the top of my 42-year-old cancer-free lungs. “This is Dr. Allison, and his research created the drug that cured my cancer!” Applause rang out, questions were asked and answered, and copies were purchased by most of the customers in line as well as myself. My daughters were slightly embarrassed but shared in the enthusiasm.

Thank you for sharing the human side of Dr. Allison. I have only found stories documenting his research. Later at home, as I enjoyed the article and a Shiner, I marveled at the scientist who I now know is as hard-core Texan as I am. Can this man cure cancer? As of now, my body has no evidence of disease, and I consider myself cured. Dr. Allison, thank you for the research that saved my life. Eric Benson, thank you for sharing this piece. It is a story that needed to be told. Pioneer scientists and pioneer patients are the future of cancer. Our faces need to be seen, and we need to be heard.
K.C. Dill, Conroe

What an exquisitely written piece. This is a thrilling narrative about a fascinating man and his work.
Erica, via texasmonthly.com

I live in Coppell and am fighting stage-4 metastatic melanoma. I’m on the “Jimmy Carter drug,” and it’s working great. This story introduced me to a man pivotal in saving my life. Thank you isn’t nearly enough.
Kent, via texasmonthly.com

I’m not one to comment on articles, but the quality and importance of this piece made it impossible to resist. I thoroughly enjoyed learning about the major contributions to immunotherapy that Dr. Allison and his colleagues have made throughout his career, and I am no longer confused about why a picture of a scientist was chosen to be on the front cover. Hats off to Eric Benson for retaining some technical content (one of the most technical pieces that I’ve read in TM) but not too much to be overwhelming. Great work, and I hope Dr. Allison is considered for the Nobel.
Nick Wynne, Prairie Dell

Thank you for the great article on Dr. Allison. I was diagnosed with stage-4 melanoma and required surgery in late 2014 and early 2015. After struggling with three doses of interferon, it was apparent I was in trouble. A round of ipilimumab followed. Lesions on my liver and lungs and growths on my leg developed. My soon-to-be-former oncologist decided I needed a limb infusion. I thought not for this painful and dangerous surgery and found a new oncologist. In May 2015 I had one infusion of nivolumab. There were some side effects requiring hospital stays, but the lesions have mostly disappeared from my lungs and liver, and so have the growths on my leg.

Just taking little steps and living the best I can each day. There is hope! Thank you, Dr. Allison.
Leann Bryan, via email

Dave Mann is chastising the governor for not wanting to accept any more Syrian refugees [“Right Aid”]. If you took a poll, I am willing to wager that the majority of Texans would approve of the governor’s decision.

Might I suggest an experiment for Mr. Mann? Go into a neighborhood where the Syrian refugees live and have car trouble after dark. Instead of there being a risk for the person offering assistance, the person needing help would more than likely be the one in peril.

My grandfather was an immigrant, but he came to this country legally and soon enlisted in the armed forces and served during the Spanish-American War. He wanted to be a part of his new country, not try to force the current population to accept and understand German. None of his children taught their children to speak German.

Perhaps if the immigrants were to make more of an effort to learn the English language and give up some or all of their old country’s ways they would be more readily accepted. I have been told that in the city of Amarillo’s school system, there are fifty-plus different languages spoken. That would make it impossible for a child to obtain a proper education. A lot of the cities in Texas do not have the infrastructure to support a large number of refugees. Yet people like you want to force them on us. If they do not want to defend their own country, what makes you think they will be good citizens or productive members of society?

Mr. Mann, open your eyes. There have always been friendly people in the western part of Texas. We just want to keep it that way.
Paul Drager, Plainview

I’ve had the good fortune of meeting many refugees in the past couple of months. I’m always impressed by their work ethic and positive attitude, not to mention overall friendliness. Glad to have them as neighbors and proud to see some of them so eager to become U.S. citizens, even if many ache to go home. As far as I’m concerned, the more Texans in this world the better!
Mac Boles, via Facebook

When every single one of our veterans is taken care of, then we can discuss taking in refugees. Until then, you get a big fat nope.
Mark Delbridge, via Facebook

I thought your “hit job” on Katrina Pierson was unfair, unbalanced, and unwarranted [“Hurricane Katrina”]. She did an outstanding job representing Donald Trump and his constituents on the front lines of his battle against the constant, extremely biased, and sometimes vicious attacks by the mainstream media. Unlike Hillary Clinton, she didn’t get the questions in advance. Your magazine missed an opportunity to do a more interesting, and balanced, feature about a fascinating person, who also happens to be a Texan, and instead chose to do a totally one-sided and negative attack.
Bob Groo, via email

Thank you for the new Texanist. He is ten times better than the old one. I salute you.
Bruce Stanton, Kilgore

Please bring back the Texanist in his original form.
Jack Davis, Lufkin

A few months back I made the decision to try a subscription to your magazine. For the most part I’ve been satisfied with the content. Then I received volume 44, issue 11, and saw two articles that have a hint of anti-Trump-ism in them. In “Takin’ It to the Streets”: “Yes, many Hispanics don’t like Trump . . .” And in “Up Against the Wall”: “South Texas congressman Filemon Vela explains why he cussed out Donald Trump and what happened next.”

Y’all start getting political and even spread the hint of liberalism and I’ll drop you like a load of digested chili.
Eric Harmon, Hickory Creek 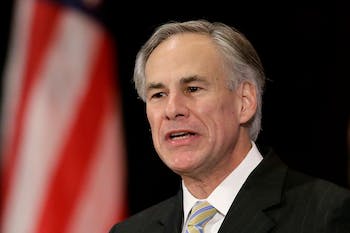 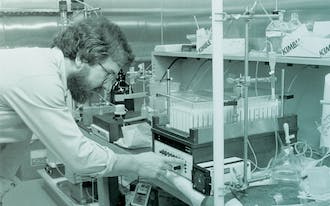