On a sunny Sunday afternoon, the Pearl Brewery, in San Antonio, is full of its usual crowds, but there is also a lot of action on the other side of U.S. 281, where Broadway and Appler streets meet. In a single parking lot, you can get a haircut in the Traveler Barbershop Airstream; sip a delicious coffee from Mila, housed in a Cargo Craft trailer; and hunt for the perfect denim jacket at Grey Moon Vintage, which operates out of a shipping container.

Presiding over all this creative energy is 41-year-old Mario Guajardo, whose clothing company, Richter Goods, located adjacent to said parking lot in the low-slung Broadway News building, is the anchor of this bustling place. The Mexico City native moved to San Antonio in 2001 and worked in retail until 2012, when he realized his lifelong dream of launching his own line of apparel. From his shop-meets-studio-meets-event-space, Guajardo creates shirts, jeans, and kimonos, selling them directly to shoppers. “Retail is drastically evolving. Without a middleman, you can offer the best price while delivering quality products made in the United States,” he explains.

By day, the area is a shopping destination; by night, it takes on another life as a place for special events, like a recent milkshake shop pop-up, a TEDx Talk, and a dinner with a guest chef preparing a one-night-only menu from Tapa Tapa, the lot’s resident food truck.

Guajardo looks out his shop window at all the people he’s brought together in one place. “We have created a destination for emerging local brands to tell their story.”

It sounds like good style runs in your genes. What is your earliest fashion memory?

Getting ready for elementary school in Mexico City, I would see my father, who is an attorney, enter the kitchen for breakfast. He would always look immaculate. He wore a suit every day. It was important for him and was a mark of respect for the people he was meeting. I was also graded daily on my school uniform—garments that were crisply pressed, shoes painstakingly polished, and a handkerchief visible in our pockets. 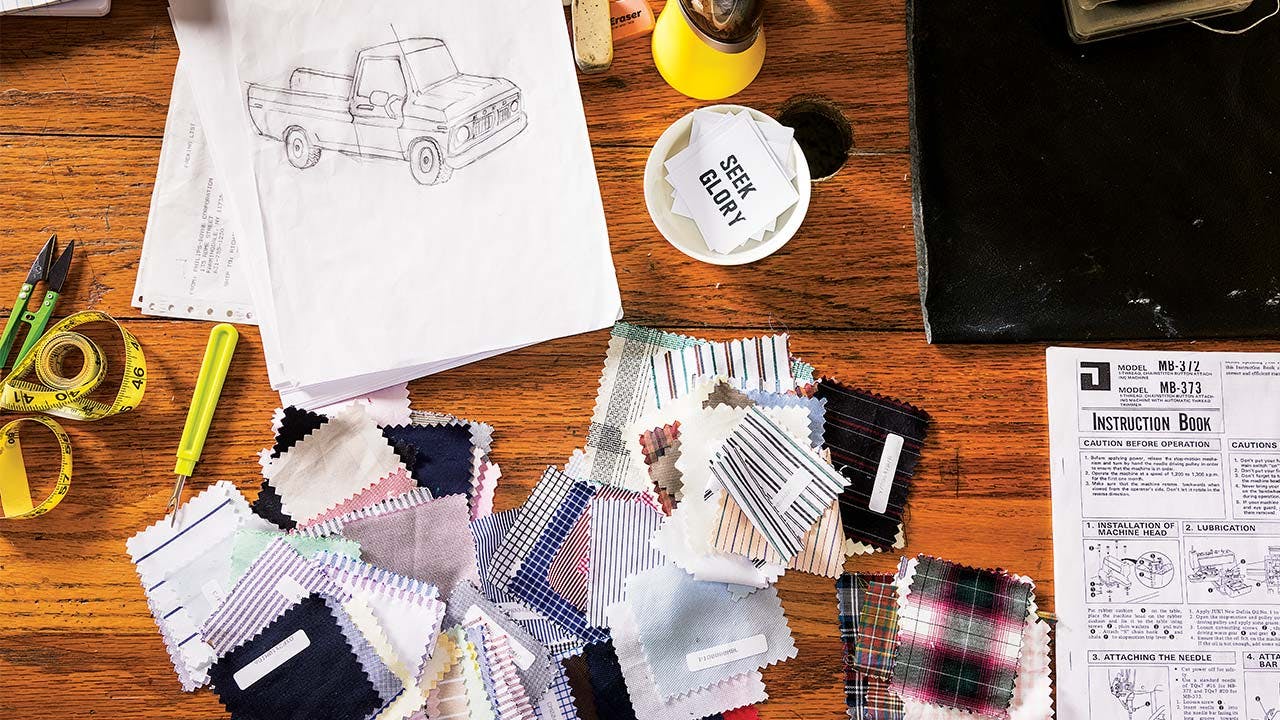 Your space is full of light and exudes a nostalgic feeling for an earlier time. What’s the history of the building?

It was built in 1962 and owned by Jim Hasslocher, who got his start selling watermelon slices to Brackenridge Park visitors and later offered hamburgers. He opened a drive-in called Frontier Burger there in 1963, which was the precursor to his future chain of Jim’s Restaurants.

You made a pair of custom distressed Japanese selvage jeans for former Spurs player Boban Marjanovic, who is seven foot three. We have to know: What is his inseam?

You have traveled the world. Which places in Texas inspire you most?

West Texas, for its mysticism. San Antonio, for its architecture and diversity. Austin, for its youth and vibrant energy. The Hill Country and small Texas towns like Comfort, for their stories, magical finds, antiques, and history.

Why is it exciting to be in the creative industry in San Antonio right now?

We have an opportunity to be on the “final frontier” here in San Antonio, where it is inexpensive to create, and we have access to a large market. We can transform the world without breaking the bank.  We are a growing city, a creative city, and, best of all, a city with open arms.

For more information, go to richtergoods.com.