The world of Wes Anderson films, where Bill Murray is everywhere, people communicate via crayoned notes rather than texts, and even the foxes prefer corduroy, may seem straight out of New York City’s hipster haven Williamsburg. But while the celebrated Houston native’s aesthetic includes more pageboy caps than Stetsons, it’s still shaped by the mythos of his home state.

That’s enough to merit 143 pages of coverage in the latest issue of the UT Press humanities journal Texas Studies in Literature and Language, which is dedicated in its entirety to scholarly articles examining such Anderson films as The Royal Tenenbaums, Rushmore, and The Life Aquatic with Steve Zissou. “His form is so distinctive—when you see something that’s Anderson’s, you know it’s his,” says Donna Kornhaber, an English professor at the University of Texas at Austin who guest-edited the issue and has written a book about Anderson’s work. “There’s something very bold and very Texan about the way he is willing to bring his [love of movies] to the forefront, to be so referential and also so individualistic.”

The particularities of Anderson’s visuals have made him a poster boy for a twee, sentimental film style that has turned many of his fans into armchair critics. But the academics featured in TSLL: Wes Anderson, Austin Auteur go far beyond the praise and gripes overheard at the local theater—unless your conversations over popcorn include phrases like “ontology,” “asymptotic curve,” and “intra-intra-diegetic.”

As fans of Anderson without a PhD in cinema studies, we’ve taken it upon ourselves to examine some of the most impenetrable academese in the issue and translate it for the layman movie buff (with some help from Kornhaber and each of the authors). So grab your tortoiseshell pince-nez—here’s your primer on the academia of Wesworld.

“Beyond the Sea: Echoes of Jules Verne in The Life Aquatic with Steve Zissou,” by Alissa Burger, associate professor of English at Culver-Stockton College

“The outside world and its myriad complications wait on the surface and will inevitably reassert themselves in due time, but in these moments, within these submarines, the characters exist in a time outside of time, with the insularity of the sub space allowing them to disconnect from the external and delve into their own internal concerns and conflicts.”

Translation: In many of Anderson’s films, a character in existential crisis resolves his or her interior struggles in an environment apart from the world: physical separation can indicate mental separation. Perhaps the most obvious example is in The Life Aquatic with Steve Zissou, in which the title character reflects on his obsessions and relationships in the isolated confines of a submarine.

“The Great Frame-Up: Wes Anderson and Twee Narrative Contrivance,” by Tom Hertweck, lecturer in English at the University of Nevada at Reno

“Rather, I would suggest, the content of twee is itself a radical potentiality in that it contains both the figural energy needed to unmoor the viewer as well as the conceptual framework necessary to pull it off.”

Translation: The exaggerated visuals in Anderson’s films force the viewer to slow down by offering an unfamiliar setting that he or she needs time to grasp. That allows the viewer to recognize the movie’s reality as different from our own reality and to take seriously the universal concerns of the characters, such as how to navigate one’s place in the world and within a family. For example, in The Royal Tenenbaums, audience members may not recognize themselves in the curated outfits (think of the matching red jumpsuits) of the Tenenbaum siblings, but that visual differentiation pushes viewers to pay attention to the details—which brings them more fully into the world of the story—and understand what we have in common with these characters, despite our surface differences.

“Assembled Worlds: Intertextuality and Sincerity in the Films of Wes Anderson,” by Kim Wilkins, sessional academic in Film and English at the University of Sydney

Translation: A scene from a Wes Anderson movie is immediately recognizable as being part of a movie—you’re not going to mistake it for real life. That’s because he crafts distinctive, hyper-stylized environments for his characters. (You wouldn’t confuse Max Fischer’s world in Rushmore and that of Zero in Grand Budapest Hotel, even though the characters are around the same age.) He also emphasizes the “movieness” of his movies by referencing other films. Herman Blume’s moment of crisis in Rushmore, for instance, visually quotes Ben Braddock’s moment by the pool in The Graduate—”itself a moment of despair but a vastly different one,” Wilkins writes.

“Failed Comportment and Fits of Discomposure in the Films of Wes Anderson,” by Kevin Henderson, associate professor of English at Drury University

“WesWorld inhabitants aren’t vaguely influenced by innumerable social forces beyond their recognition; their dispositions—socially and emotionally—are more clearly influenced by the habitus of their idiosyncratic subcultures.”

Translation: Like all of us, the characters in Anderson’s movies are shaped by the groups and cultures that they’re part of. (That French word, habitus, refers to the habits, skills, and dispositions people have picked up from the society around them that influence how they perceive and react to the world around them.) By making his subcultures extremely visually specific (think of the red beanies in The Life Aquatic with Steve Zissou), Anderson highlights how younger characters hope to find acceptance in a community by adopting the attitude—and the sartorial choices—of that community, and especially of a mentor figure who has attained high status in that community.

“Kinetic Iconography: Wes Anderson, Sergei Parajanov, and the Illusion of Motion,” by Peter Sloane, lecturer in English at the University of Lincoln

“A more philosophical reading might suggest that in foregrounding the absence of choice by imposing an inescapable linearity and an implied correlated causality, Anderson is making some more abstract observations about the illusory nature of real-world free will.”

Translation: Anderson often uses planimetric shots, in which characters are arranged, horizontally, in a line. Think of the three brothers standing in front of the train in The Darjeeling Limited or the three villains standing in a row in Fantastic Mr. Fox. That precision and linearity emphasizes that the characters are subject to the whims of a higher intelligence, and therefore don’t have free will. In the image below, the composition of the shot subtly indicates that twelve-year-olds Suzy and Sam can only move toward each other—if they moved away, they’d disappear from the frame. “What this seems to suggest, especially given that they are subject to their hormones, is that they, and by implication we the viewer, have only an illusion of free will, because we are compelled by both biology and space to move in predetermined ways,” writes Sloane.

The academics featured in the issue of Texas Studies in Literature and Language may approach movie-watching with more of an eye toward fictive potentialities (the possible meanings behind stylistic choices) than a fun plot, but as Kornhaber sees it, even a casual viewer can benefit from looking beyond the handknit, color-coordinated surfaces of Anderson’s work. “People can be quick to write off ‘twee’ as a hipster aesthetic, but there’s a lot more to it,” she says. “You can think about twee as a radical move, pushing against this media-saturated world of technology. That sort of generous reading opens up a space to get you away from the industrial and the technological, and in that space, there can be an opportunity for reflection on the ways in which we’re situated in our environment.”

Just don’t veer too far into the wildlands of academic interpretation—or, as another critic warned, you might miss the forest for the twee. 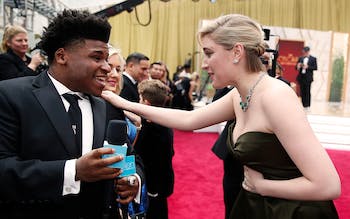 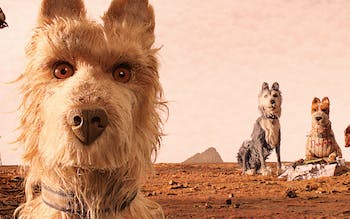 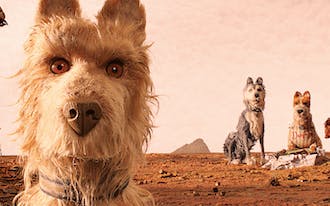 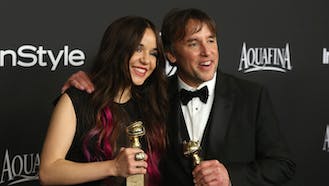 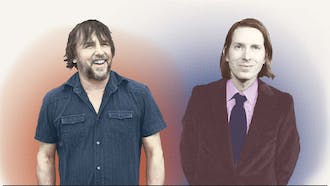