It’s been a week, Texas. Steve Patterson, Ahmed Mohamed, Ryan Mallett, Whataburger, etc.—let’s take a break, huh? How about we just all chill for a while with Balam, the four-week-old jaguar cub who’s making his debut appearance this weekend at Lufkin’s Ellen Trout Zoo? 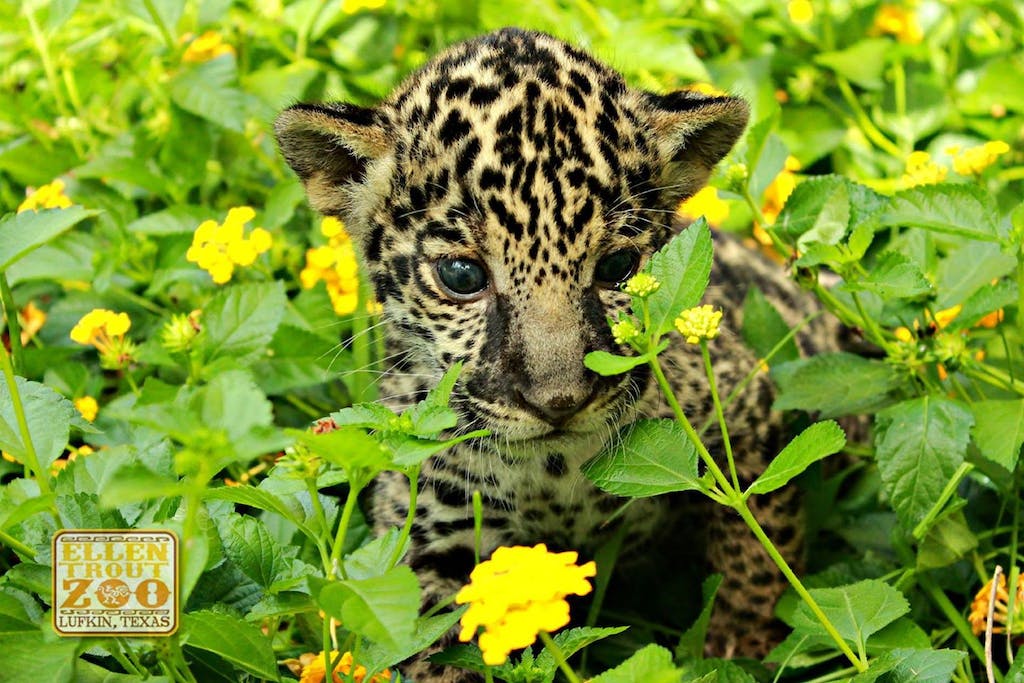 Balam was born August 20, and was removed from his mother shortly thereafter due to what the zoo describes on Facebook as “her lack of parenting skills” and health concerns. Don’t weep for the little guy, though—he’s being well cared for by his keepers, and spends almost all of his time in visual, auditory, and olfactory communication with one of his parents. 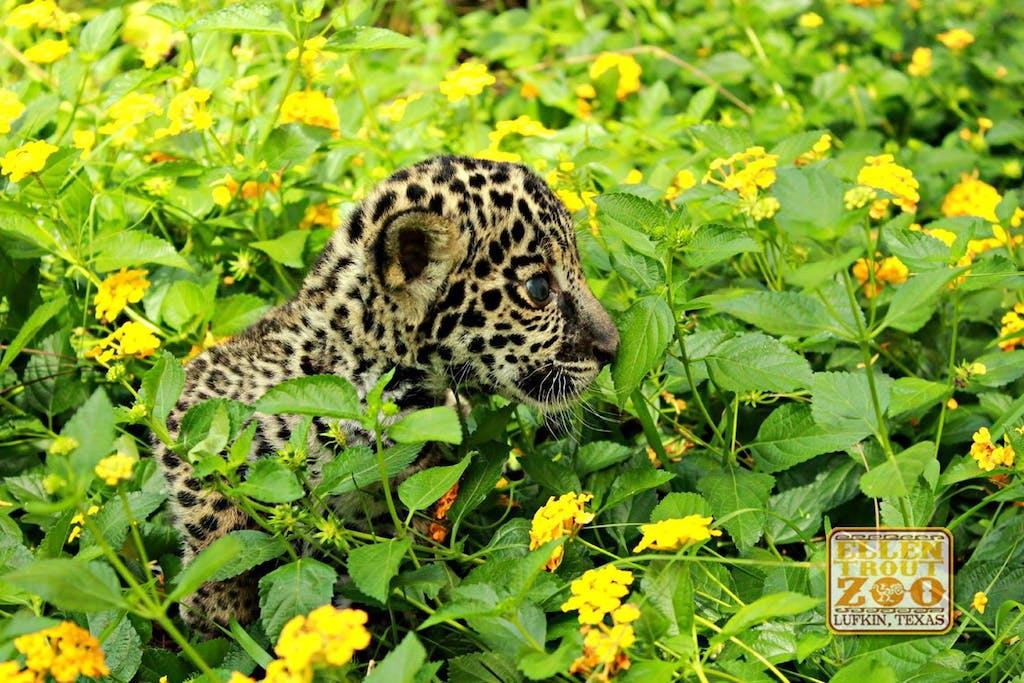 Balam’s debut will be a mornings-only affair for the four and a half pound cub. He’ll be out on Saturday and Sunday at 9 a.m., but he’s expected to be back inside by 10 a.m. It could be earlier if he gets tuckered out or doesn’t respond well to being in public. 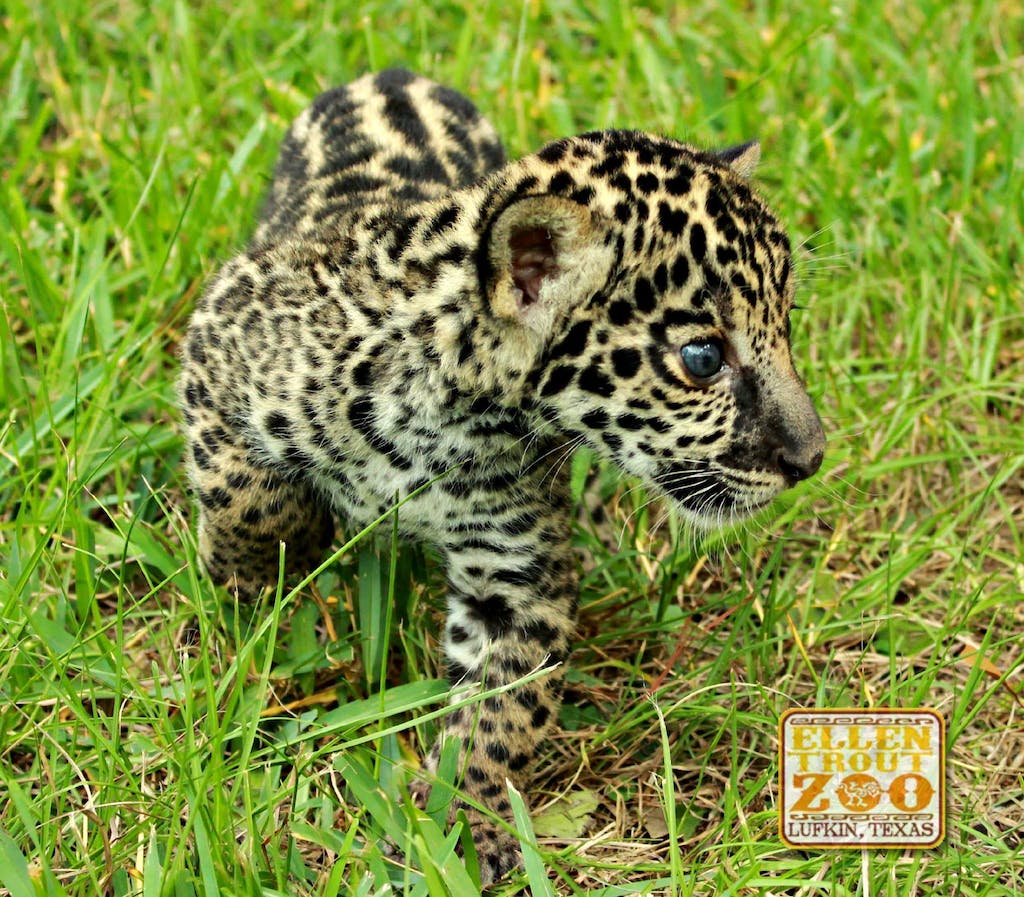 For those who aren’t going to be heading to the Ellen Trout Zoo in Lufkin, of course, Balam lives mostly on the Internet as an adorable little ball of fur. Here’s a shot of him at ten days old to send you off to your weekend with something to smile about: 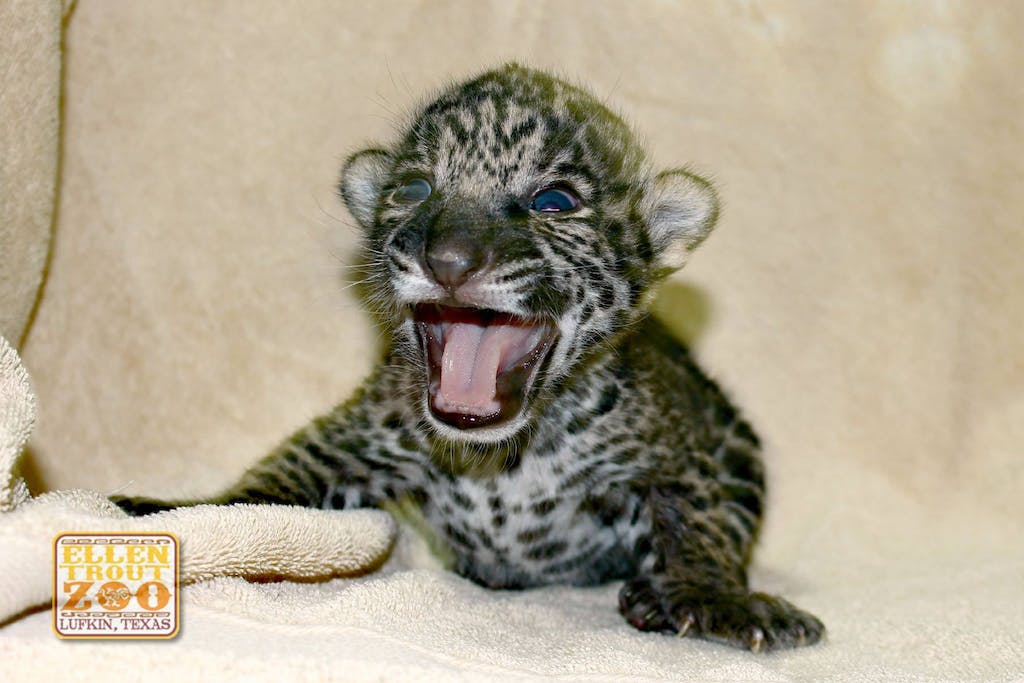