Houston has been filled with excitement about the Astros making it to the World Series for the second time in the franchise’s 55-year history, a most welcome feeling as the Bayou City continues its recovery from Harvey. The series is tied 1-1, and Friday night the Astros play before a home crowd in Minute Maid Park. Houstonians have been taking Astros fandom to new heights in recent days—there are newborn babies donning teeny tiny uniforms and appearing on baseball cards, there are fans permanently inking their love for the home team into their skin, and there are restaurants serving Astros-themed snacks and libations. Even the skyscrapers downtown are lit up in celebration. So it’s not surprising that the residents of the Houston Zoo—whether they have flippers or fur—have found a way to cheer for their team. 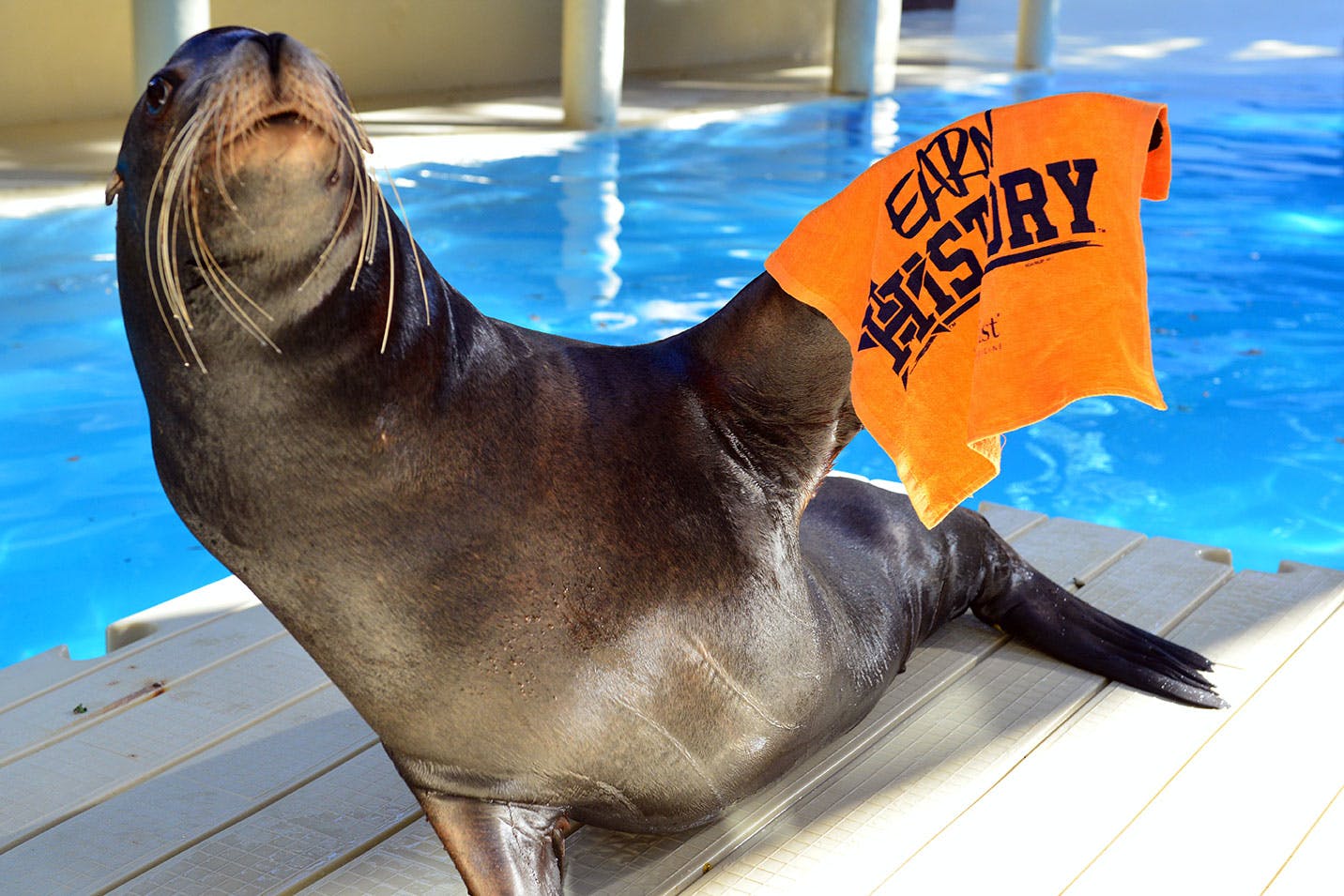 Jonah is not at all conflicted about who he is rooting for, even though though he’s a California sea lion. At the risk of anthropomorphizing this nineteen-year-old aquatic mammal, we think it’s fair to say he’s the most excited pinniped in the Bayou City about the Astros making it to the World Series. He’ll be flipping around his Earn History towel throughout the series. 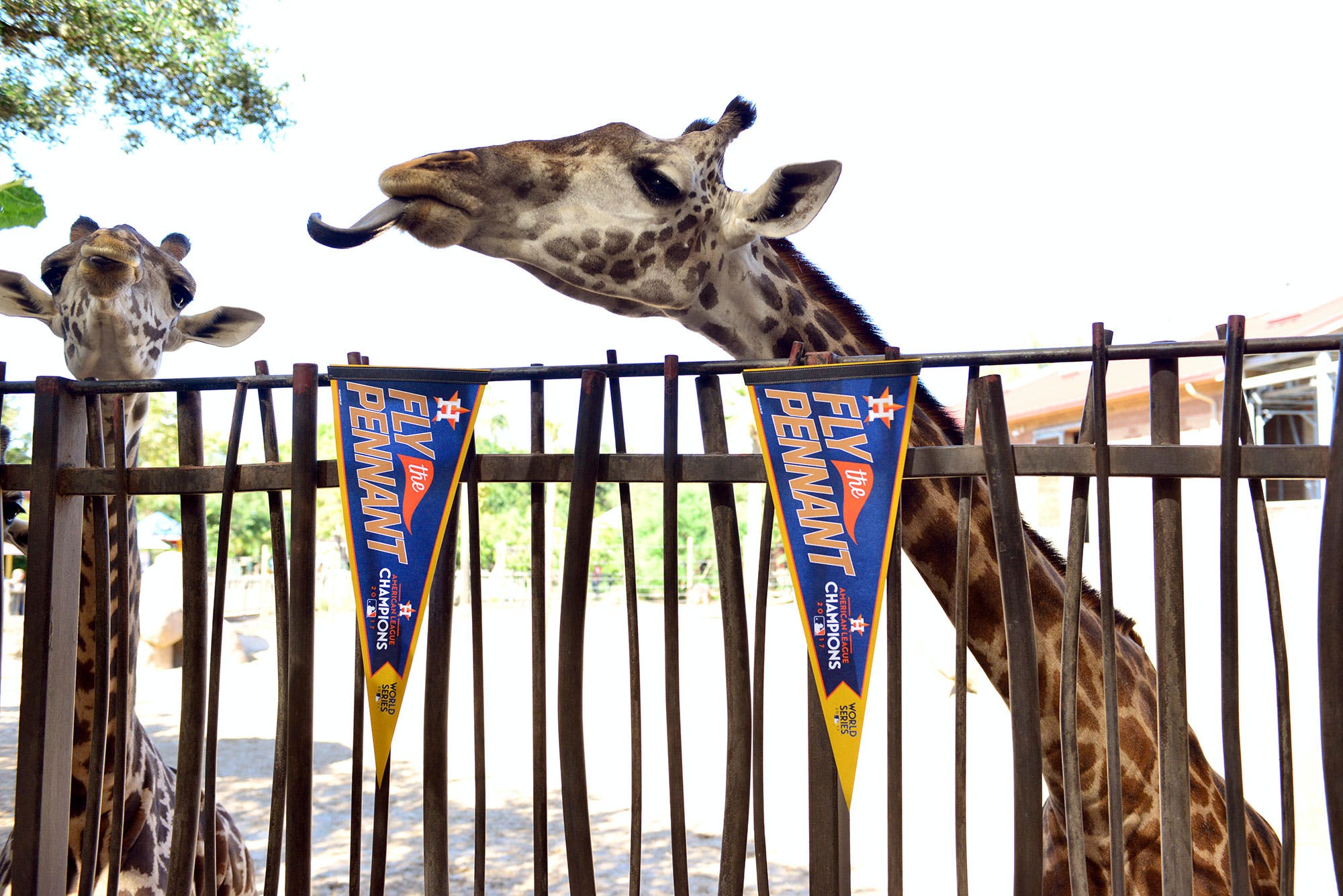 Tyra, right, and Joshua, left, stick out their long purple tongues just in case any Dodgers fans happened to be walking by their giraffe paddock. These Masai giraffes are very grateful that a Houston Zoo employee saw fit to decorate their enclosure with these American League Champions pennants. 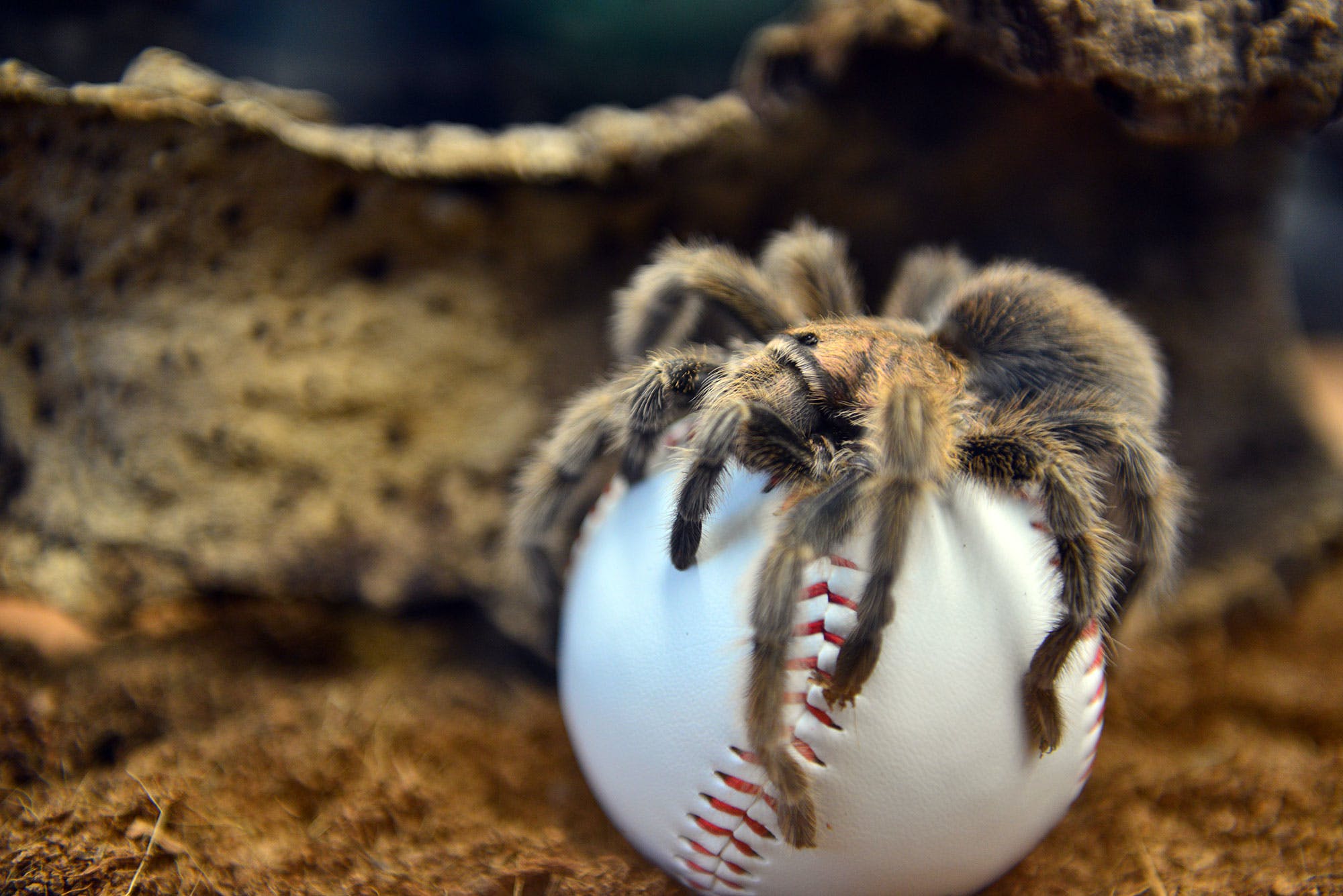 It turns out that a baseball is a perfect perch for this tarantula, who does not have a name, according to zoo spokeswoman Jackie Wallace. He promises to stay in his terrarium at the Houston Zoo and has no plans to wander down to Minute Maid Park. 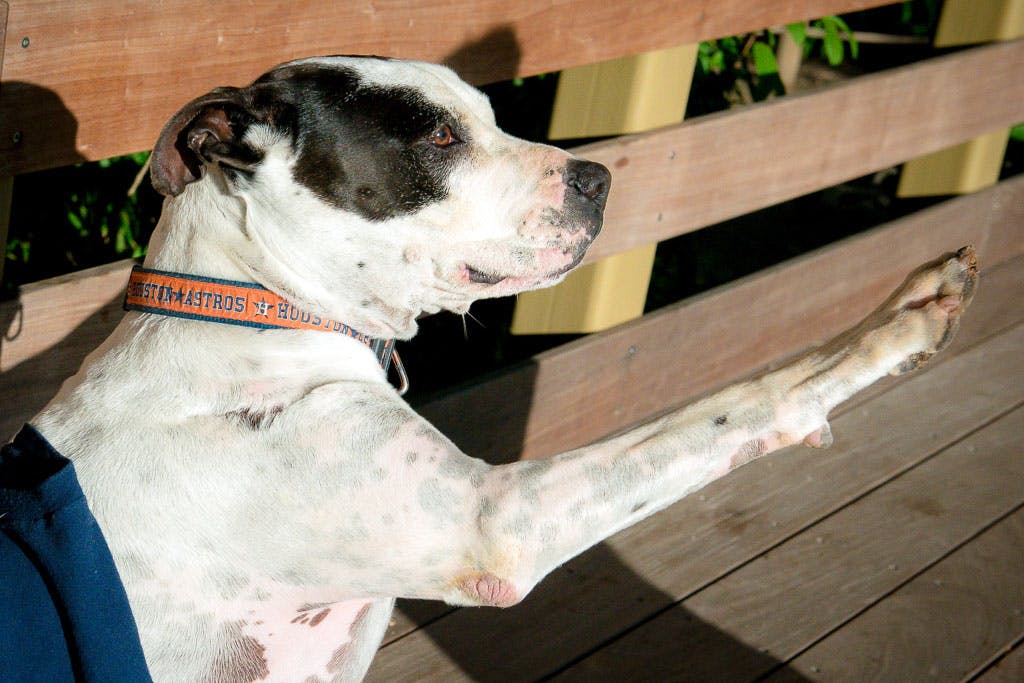 Max, a terrier mix who is the zoo’s official elephant barn dog, models his new Astros collar at the zoo on Thursday, October 26, 2017.