There’s a 70 percent likelihood that there will be between eleven and seventeen storms that are strong enough to name (i.e., the ones with winds of 39 mph or higher), and between five and nine of those bad boys could become hurricanes, including two to four major hurricanes (categories three, four or five with winds of 111 mph or higher). According to the NOAA, the typical Atlantic hurricane season, which runs from June 1 through November 30, produces twelve named storms and six hurricanes, including three major hurricanes. 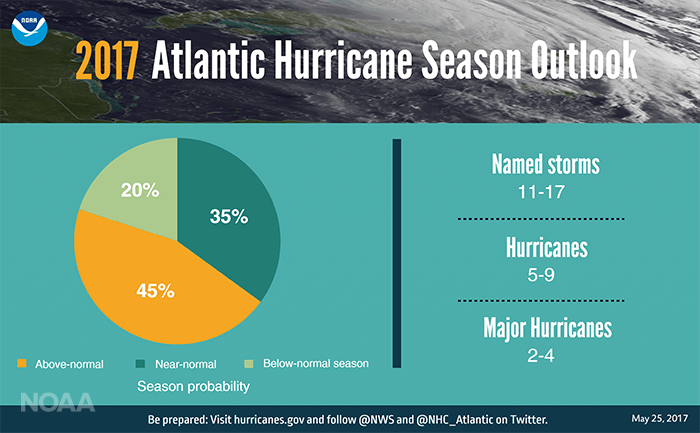 The news is especially concerning for Houston, as the Bayou City has in recent years found itself increasingly vulnerable to hurricanes and storms. Houston is on an unfortunate two-year streak of experiencing so-called “100 year floods,” with major storms slamming the city on Memorial Day in 2015 and on Tax Day in April last year, resulting in a combined sixteen deaths and more than $1 billion in damages. Together with ProPublica, the Texas Tribune has shed some light on jut how ill-prepared Houston is for the kind of hurricanes predicted this year by the NOAA, publishing two investigations last year, both amounting to the same conclusion: Houston is caught in a perfect storm of unstoppable sprawl, climate change, and legislative inaction.

With hurricane season fast approaching, there’s no quick fix in sight. Just a month ago, Texas lawmakers and business leaders signed a letter to President Donald Trump to include $15 billion in his infrastructure budget toward a coastal barrier wall project aimed at protecting the Houston area from the Big One, according to the Texas Tribune. The Houston Chronicle followed that request in May, with an editorial urging Senators Ted Cruz, John Cornyn, and “every member of our state’s congressional delegation to seize this historic opportunity and aggressively lobby on behalf of a barrier system that will protect the upper Texas coast during a catastrophic hurricane.” But even if Trump does decide to dedicate funding for the hurricane wall, the U.S. Army Corps of Engineers has said that construction on the project won’t start until 2024 at the earliest.

If you live in Houston, or the Texas coast, here are some suggestions from FEMA Administrator Robert J. Fenton, Jr., from the NOAA press release: “Have a family discussion about what you will do, where you will go and how you will communicate with each other when a storm threatens; know your evacuation route; tune into your local news or download the FEMA app to get alerts, and finally—listen to local authorities as a storm approaches.” 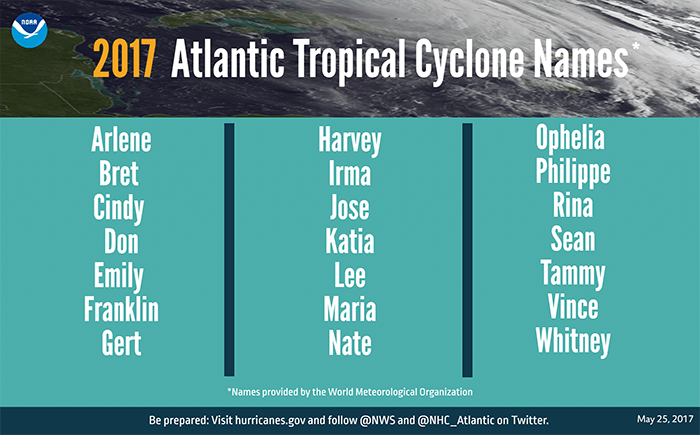