Under Texas law authorities are required to include the race of drivers they stop, which helps the Texas Department of Public Safety monitor troopers for cases of racial profiling. Troopers used to identify driver’s races based on driver’s license information and their own best guesses, but a review by KXAN-TV revealed that troopers have been misidentifying many drivers of color — particularly Hispanic drivers — as white. This best-guess reporting, at least in some cases, seems intentional.

KXAN-TV reviewed more than 16 million DPS records from as far back as 2010 and found that people such as Richard Kai-Tzung Chang and Dominique Deshaun McGrew—Asian American and African American, respectively—were recorded as white on citations. The report included dashcam footage of a trooper pulling over and speaking with a Pastor Gonzalez Sosa. Their conversation was in Spanish and Sosa even tells the trooper he’s from Mexico, but he’s still marked as “white.”

That information is even more suspicious considering that many Hispanics have been misreported as white. In a list of people that the DPS identified as white, four of the top five last names were Garcia, Martinez, Rodriguez, and Hernandez. If there’s a continuing increase in tickets issued to Hispanics even with many Hispanics misclassified as white, just exactly how many are really being stopped and ticketed? Since the review, questions have been raised about the validity of the racial profiling information provided by DPS.

“The under-representation of Hispanics and over-representation of Caucasians on the contact data counts has a significant impact on the analysis of racial profiling trends,” Dr. Alex Del Carmen, executive director of the School of Criminology and Criminal Justice and Strategic Studies at Tarleton State University told KXAN-TV. “It is imperative that the citation count is accurately recorded and reported by all police officers that interact with the public. This is the only manner in which we can ensure an accurate representation of motor vehicle stops and trends.”

DPS Director Steve McCraw addressed the concerns about skewed racial profiling data when he testified before the House County Affairs Committee on Wednesday. During his testimony he suggested requiring state troopers to ask drivers their race and having drivers review the information. McCraw denied suggestions of racial profiling and defended the increase of tickets to Hispanics, explaining that it was representative of Texas’s growing Hispanic population.

Even with a new system that requires state troopers to simply ask drivers their race, there is still confusion about how to accurately or consistently incorporate Hispanics. For one, Hispanic is an ethnicity—not a race— so a Hispanic person can also identify as white. The standard racial categorizations used by government agencies are white, black, Asian, American Indian, and Pacific Islander. In an email to KXAN-TV, DPS Press Secretary Tom Vinger referenced the confusion and Texas’s recent adoption of an Hispanic designation on driver’s licenses.

Asking drivers how they identify will offer more accurate data, but ultimately there needs to be a more consistent method for classifying races in Texas and the U.S. On Wednesday, McCraw said that the classification system isn’t in the hands of his agency, so it’s unclear when Texas will have racial profiling data we can rely on. 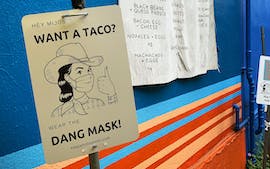